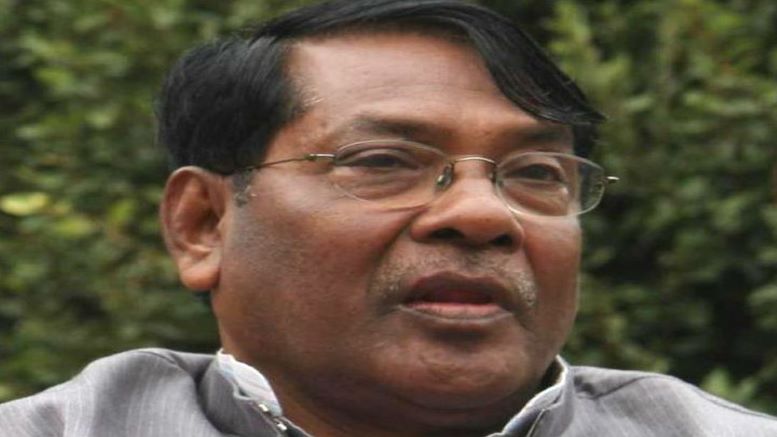 Jharkhand Finance Minister and Congress leader Rameshwar Oraon has made a controversial remark regarding migrants in the state. Oraon’s statement is in line with Congress and its allies’ usual divisive politics where they keep pitching insiders against outsiders instead of considering everyone as Bharatiyas.

Oraon said that the land of Ranchi has gone into the hands of ‘outsiders’ while adding that people of Bihar, as well as Marwaris who have settled in Ranchi, have robbed tribals of opportunities and also exploited them. Oraon was addressing the Mahua conference held at the Press Club on Friday where he was invited as the chief guest.

Oraon said that there was a time when tribals dominated Ranchi. Many areas, including many prominent hamlets within the city, have been named after them. However, those areas are not inhabited by Adivasis (Tribals) any longer. As per Oraon, the decline in tribal population is the main reason for their exploitation in Jharkhand.

In his speech, the minister lamented that the tribal community system is fading away as tribals are moving away from and blamed urbanization for the same. He added that his government is making efforts to help the tribals.

Oraon cited the example of Imphal to support his argument saying that Imphal is safe because tribals are in control there but that is not the case in Ranchi. He also said that the government is trying to raise the standard of living of the tribals living in the village.

Oraon believed that had the forest law been implemented properly villagers neither face financial nor will they need to go out in search of work. The forest in Jharkhand has survived due to tribal society.

Although Congress has distanced itself from the comments, it must be mentioned here that Oraon is the Congress state president. Several Congress MLAs from the state have said that these are Oraon’s personal views and not those of the party.

Sanjay Poddar, Secretary of the International Trader’s Conference said that the minister’s comments were unfortunate and added that Oraon had intentionally passed those remarks in an attempt to divide the society. Poddar opined that both Marwaris and Biharis have played an important role in building the society and are settled across Bharat.

Poddar also added that while Marwaris have always contributed their might in the country’s progress, Biharis are hard-working people whose hard work is recognized all over Bharat. Poddar questioned as to why Oraon was silent on Christian missionaries who were forcing poor innocent tribals to convert to Christianity through inducements.

As Poddar pointed out, while Oraon is bothered by ‘outsiders’ such as Marwaris and Biharis, he hardly seems to be concerned about the rampant conversions by Christian missionaries. The tribals from his state have themselves been raising demands asking for the withdrawal of benefits to Christian converts. While Oraon and Congress have neither addressed tribal demands nor acknowledged the Christian missionary elephant in the room, Oraon has been blaming fellow Bharatiyas like Biharis and Marwaris.