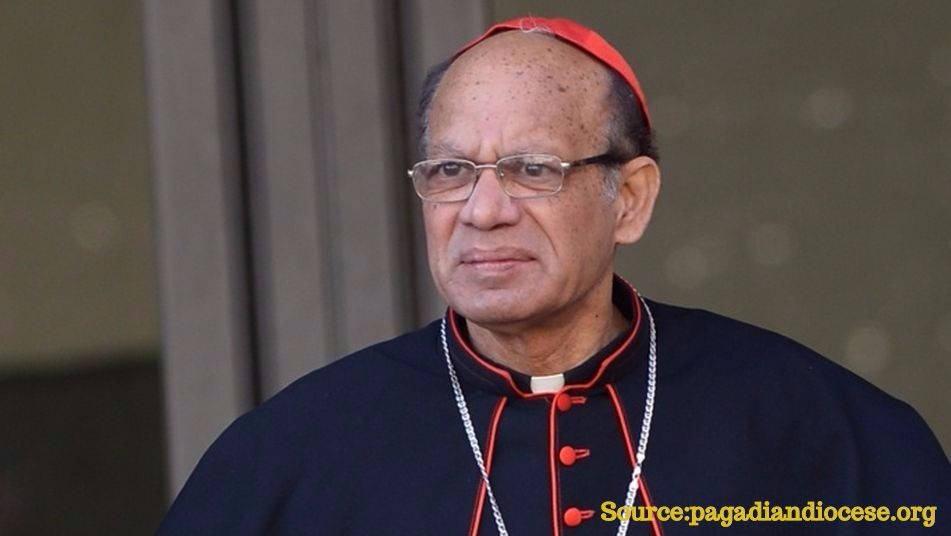 I take this opportunity to inform you that I know what the Catholic Church is all about and the CBCI (Catholic Bishop’s Conference of India). In fact, in the 1980s I was nominated by the CBCI to its National Advisory Committee (NAC). My husband and I have been teaching in prestigious Catholic institutions – Loyola College and Stella Maris college in Chennai. So it is not that I am  a stranger to the politics and the policies of the Church and the church allied institutions. In fact I was on the selection Board of St. John’s Medical College, Bengaluru.

Seeing the happenings – witnessing the large scale misuse of Minority Rights, I am forced to write this letter to you. After the controversy regarding the letter by the Archbishop of Delhi, Anil Couto, you Cardinal Oswald Gracias, instead of smoothening things have made them more controversial.

If the Archbishop Anil Couto mentioned the ‘present turbulent times we are going through’, you have mentioned the growing anxiety among the minorities and even blamed the government for not doing enough. One wonders what the Catholic Church is up to. Instead of playing with words it could right away issue a statement saying that it does not support Modi’s government. One needs courage and guts to openly state that the church supports the Italian-origin Mrs. Sonia Gandhi and her son Rahul. The church cannot play hide and seek.

Now I wonder what is ‘enough’ when the you cite that the government is not doing enough – Cardinal Oswald, you should clarify and quantify what that ‘enough’ means. Look at the treachery with which Christian missionary NGOs are indulging in Breaking India – then dear Cardinal, you have nothing to say about it. Will any country across the globe allow the kind of freedom that the minorities enjoy in this Bharat?

Let us be honest. Take a look at the neighboring countries – the persecution and the denial of basic rights to the minorities are part of those governments’ functioning. I personally feel that the Catholics and the church have divided loyalties. It is totally oriented to Vatican. China might be wrong on many fronts, but is a good example on how to nurture patriotism and love for one’s own country.

By issuing statements and prayers, you are abetting and polarizing  the nation on the basis of religion. This is exactly what the Congress under Mrs. Sonia Gandhi is indulging in. Rahul Gandhi who stated that power is poison, today is eager to drink that same poison.

By the way dear Cardinal, how many years did the Congress rule this country? If UPA 1 and UPA2 had done ‘enough’ for the poor, the downtrodden, women and Dalits, would we be in this state of affairs? Did you issue a statement then when you saw scams raining, warning that the morality of the government is at question? Did you instruct the ‘flock’ to pray for a government that is scam free? But in four years time, expectations from Modi is simply presumptuous given the enormity of the tasks unattended to by the previous governments.

It strikes me Cardinal to put the same question to you. Has the Catholic Church done enough for the Dalits, minorities and women and the downtrodden? You know how the late Rev. Jerome D’souza  pleaded and demanded in the Constituent Assembly for Minority Rights. The Jesuits had vested interest in education which were granted, and the minority today enjoy far greater rights than the so-called majority.

The Minority Rights are for the Minority people, not exclusively for the priests and the nuns, the rich and their close circles. Look at the number of prestigious institutions you have. Thousands of your educational institutions across the country are run on tax payers’ monies – it comes from the government…the grants, the salaries, the pensions et al. Yet, did you think it necessary to use it at least for the downtrodden people – the Dalits, the women and the poor for whom your heart now bleeds? No, you used these for the rich and made them richer – kept all these segments you now mention and accuse the government of not doing enough for them, at the bottom of the hierarchical social and economic ladder.

In the 80s when I went to Patna to attend the CBCI NAC, the then bishop of Patna in his homily stated that his ‘flock’ is very poor. In the next sentence he said that the first thing he did was to establish a college. This poor ‘flock’ of his has not even stepped into the portals of a school. Why the hell did he have to start a college I thought? So I met him after Mass and asked him. To this he replied that then ‘we will get all the powerful people with us’.

So you see Cardinal, you and the Church are no better – always seeking power. A contradiction to that carpenter’s son who said that His kingdom is not of this world. He did not establish a religion. He stood for values and these the church must uphold. It cannot be a counter witness to Jesus. So when you say that the government is not doing enough, I am wondering if you did your mite after taking all that government money in the name of the Minorities.

To come back to the anxieties you mentioned. You will know much better than me that Bharat is the one and only country where the Catholics as a minority are living in peace and there is no cause for anxiety. Tell me, when we have 1.25 billion, is it not in the nature of things that stray incidents happen? The church has abetted violence right from the beginning. Tamil Nadu is an example. The Christian NGOs are another headache. One wonders if we have too much of ‘azadi’. The media, especially the English-language and Western media is anti- Hindu.

A few years ago there was a headline in a leading paper on the front page, ‘Church vandalized’. But a few days later in a corner of the same paper, in small print it was reported that investigation showed that no church was vandalized but a cracker was burst and a glass pane in one of the windows cracked.

I have been to remote places to evaluate working of NGOs and found that most of the Christian NGOs simply fenced large tracts of government land and put up a cross. There was a mobile ambulance kept there – nothing more, nothing less. But the acres of land it occupied under the Cross was shameful – no hamlets for miles across. Land is simply occupied and fenced – put up a Crescent and/or Cross and one is safe. This cannot be done by the Hindus.

Churches are built just with a few bamboo poles and the roof is of straw or a sheet covering. If this is shaken down then the media will report ‘church building demolished!’ This is simply atrocious. No country will tolerate this kind of ‘azadi’ where no tax is paid by the church for the land. The poor people in the neigbourhood get annoyed and agitated when they realize that their land is all taken up and no tax paid, while they have to pay taxes. Where is truth?

This polarization of the nation was started by the Congress for power. You must know that Rajiv Gandhi ordered the breaking of locks of the Babri Masjid – and claimed that he will bring in Ram Rajya. That which started as a trickle has swelled into a torrent under his Italian wife. Now his son proclaims that the family is Shiv-Bhakt and he wears the Janeu (sacred thread). Have you excommunicated him? You will not, because to garner votes you know he is using religion. Is that not cheating the people? Is this the secularism you are expecting from the government?

So what religion do he and Mrs. Sonia Gandhi belong to? Dividing the people on the basis of caste and then on basis of religion. Please Cardinal Oswald, do not become another politician – it will hurt that Master whom you solemnly swear that you follow. If you issue statements, then the swamis and mutts can also issue statements – they can perform Yagnas for Modi’s government to come back because they want a secular government – not one ruled by Vatican and the Koran.

This is a Hindu country. There is no denying it. Baba Saheb Ambedkar had clearly stated that after partition, the Muslims must leave the country and go to Pakistan. You cannot eat the cake and have it too. This, our Dalit activists and secular politicians will not cite.

Right from time immemorial the Hindus have been at the receiving end – through persecution, Inquisitions and forced conversions. They have not persecuted other religious groups, rather they have welcomed Jews, Syrian Christians, Ahmadis etc. Today, a few fringe groups may become violent – that is not the Hindu community. It is not in their religion to persecute and to convert by the sword. They have been the victims. One must accept this history.

So why raise such an alarm when small incidents happen – why talk of growing anxiety, of turbulent period etc. Now, why do we raise an alarm when they assert? We have the Islamic countries, the Christian countries – nobody raises their eyebrows but when one says this is a Hindu country, why all hell breaks loose?

Coming back to the term ‘Minority Rights’, had you used it judiciously and with a purpose, had you and the politicians you support empowered the Dalits and downtrodden and women, today we would not have any poor or downtrodden. I can understand the politicians, but why did the church neglect them after garnering Rights in their name and the people’s money.

You will be quite aware that the Church in India possesses large assets – estates and properties. What does all this stand for? Why do you want the government to do ‘enough’; why not the church use these assets which belong to the people for their upliftment? Stand for a democracy – that is what our Constitution has given us – not a dynasty.

So when you want a government which will be secular and which will uphold the Constitution, then surely it cannot be the Congress. Please do not hide under riddles. Be frank and honest – that is what we expect of a religious leader. Stand up for the values of Jesus and not for any one religion.