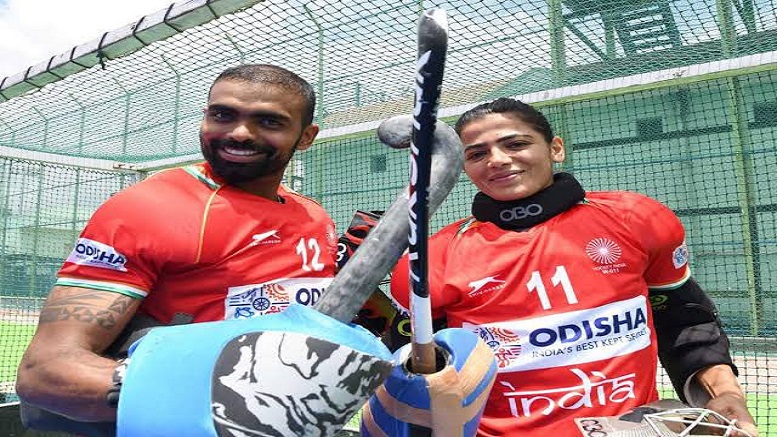 Olympic Bronze winning men’s hockey team goalkeeper and Keralite Parattu Raveendran Sreejesh (PR Sreejesh) was ‘rewarded‘ with a dhoti and shirt worth approx Rs. 1,000 by Kerala Handloom dept. for his spectacular efforts in Tokyo2020. Many citizens criticized the Kerala government, asking whether this is all it could afford to honor the ‘Great Wall’ of Bharatiya hockey.

Both Sreejesh and women’s hockey team goalkeeper Savita Punia defended between their team’s goal so well that even PM Narendra Modi mentioned the same while congratulating the players after the win.

Many Malayalees are outraged at this perceived insult heaped on a hero by the Communist regime ruling Kerala. Sreejesh is a former national team captain, history graduate and has received a Padma Shri from the Government of Bharat. The goalie is married to an athlete, has two children and is based out of Ernakulam.

The severe criticism that the Communists are receiving appears to have shaken up the comrades as they are used to squelching all dissent. They are now scrambling for excuses, and the best that they could muster is that there is a road named after Sreejesh in Kerala! Further cash or kind rewards may be announced by the Kerala government for damage control, but that may not be enough to change the perception created in the minds of citizens.

Sreejesh is true to his Hindu faith and is not afraid to show it. Some suspect this is what provoked the Marxist-Islamist brigade that calls the shots in the Pinarayi regime, and so they tried to underplay Sreejesh’s contribution.

The stinginess of the CPM regime in ‘rewarding’ Sreejesh stands in stark contrast to their pandering to the Islamist constituency. In 2017, the same Kerala Chief Minister Pinarayi Vijayan met the family of a Muslim youth named Junaid who died after a fight on a train in Haryana over seat sharing. After the initial dispute, Junaid had called his brother and others to beat up the other side, but ended up getting stabbed in the melee initiated by his side.

The meeting at Kerala House in Delhi included CPI(M) politburo member Brinda Karat and P.A. Muhammed Riyas, Vijayan’s son-in-law and now the public works minister of Kerala. Not surprisingly, the narrative peddlers in Lutyens’ media quickly made it into a ‘communal attack’ alleging the Muslim men were called “anti-nationals” and “beef eaters”.

Vijayan happily furthered this twisted narrative and tweeted, “Met the family of Junaid who was brutally murdered by some communal fanatics in a train. Offered all help to his family”. The chief minister also said the state will provide assistance to complete a madrassa being built by the family at Khampi village in Haryana.

Met the parents of Junaid at Kerala house, the teenager who was mercilessly lynched in train by communal bigots in the name of cow. pic.twitter.com/gLNypc64Dd

Incidentally, it was not long back that V S Achuthanandan, another communist leader and ex-CM from a cash-strapped Kerala, who sent Rs. 5 crore as flood relief to Pakistan. That ‘donation’ was made under the Chief Minister’s Disaster Relief Fund (CMDRF), which is legally supposed to be used only on residents of Kerala.

Back then, everyone knew that it was a  political move to woo the CPI(M)’s faithful minority constituency. Having won consecutive elections, the so-called ‘atheist’ communists have reaped rich dividends using such minority appeasement tactics while disparaging Hindu temple worshippers and threatening to ‘bury’ Hindu culture.

One cannot help but feel that the CPM regime’s reaction to Sreejesh’s heroics would have been different if his religious identity had been different, or if he hadn’t been an unapologetic Hindu.