“There is no Dalit woman who did not come to our bedroom,” says Congress Leader Rajaram Pal 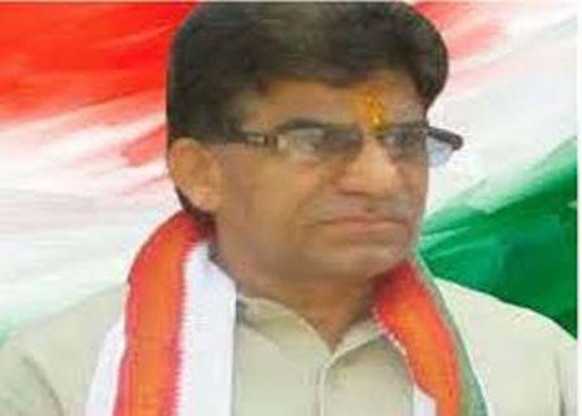 Congress’ UP Vice-President Rajaram Pal, Member of Parliamant (MP) from Akbarpur constituency, has issued a highly objectionable statement that “Dalits are close to our heart…there is no Dalit woman who did not come to our bedroom.”

Rajaram Pal made this statement last Friday while interacting with media during a street protest in Kanpur over Rahul Gandhi’s detention by Delhi police.

Pal, an OBC leader, is considered close to Rahul Gandhi & Prashant Kishore, as per this Patrika article. He is a former BSP MP, who in 2005 was expelled from Parliament in the wake of a cash-for-question scam, before joining Congress in 2009.  In 2014, when citizens of Pal’s constituency showed black flags to the MP protesting against the poor roads in the area, Congress workers thrashed several protesters.

While no clarification has been forthcoming from Congress on their UP Vice-President Rajaram Pal’s remarks, his words can have only two possible meanings – either he is cynically hinting at widespread sexual exploitation of Dalit women by Congress leaders, or condescendingly typecasting Dalit women as sweepers/cleaners who serve in people’s homes. His remarks drew widespread condemnation on social media –

@AmarUjalaNews Women’s empowerment from the champions of the downtrodden. @americai

@AmarUjalaNews @girirajsinghbjp Media will be silent on this, because This is congress leader statement, if it was BJP Leader then chaos

While Congress leader Rajaram Pal has been roundly criticized on social media for his demeaning comments against Dalit women, the news is entirely absent from national mainstream media, and even coverage in regional Hindi media is strangely muted.

In contrast, when BJP’s UP Vice-President Dayashankar Singh had made objectionable remarks against BSP leader Mayawati, the issue was given widespread coverage over several days, and woven into the prevailing “BJP/Hindutva oppression of Dalits” narrative.

Not a single commentator/establishment intellectual who castigated BJP and Hindu society for their alleged 24×7 oppression of Dalits and women in the wake of the Una flogging and Dayashankar’s remarks, have uttered a single word against the senior Congress leader from UP.

This episode again exposes how Dalits are just cannon fodder for media and political agendas. Most left-liberals and ‘progressives’ do not really care for social reform in Hindu society – they just want to widen the fault-lines between Hindus and prevent any kind of organic change from taking place in order to serve their ulterior agenda, which in many cases is Hinduphobic & #BreakingIndia.

It is the so-called ‘right wing’, many of whom are Hindutvawadi and/or Modi supporters, who are driving the real exchange of ideas and actions to remove the ills that plague Hindu samaj, and to bring about a true understanding of Hindu Dharma among its followers.