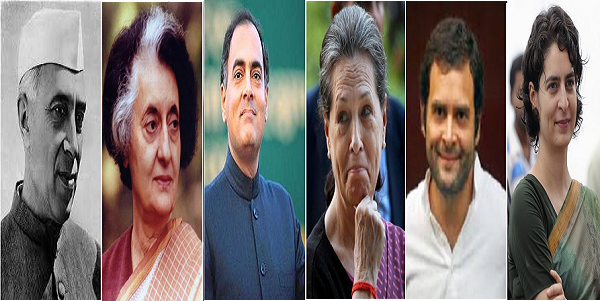 It is now a public secret that Rahul Gandhi is a misfit for his job as VP of the Congress party. He is a disaster because he has no sense of history and likes to pick up some slogans and repeat them. He has hardly known what it is to work hard, having been pampered all throughout his life.

We had Kapil Sibal the other day reminding us not to forget that Rahul Gandhi is from the Nehru family. So what? Must he be cocooned? Now it is apparent that his speech drafters and advisers are no better. Hear what Randeep Surjewala had to say to the Defence Minister’s expose that there were no surgical strikes conducted in the past -“We vehemently dismiss and strongly condemn remarks made by Parrikar today and on two occasions.”

One can go on narrating to the likes of Surjewala, and of course his leader Rahul Gandhi, the logic behind what is stated. There need be no reasoning because it is simple facts of history. Hence we have the Kashmir problem, hence we have POK et al. One must not forget what Rajiv Gandhi did when he sent the IPKF to Sri Lanka – it was not only the blood of the jawans that these Gandhis traded on but even the blood of Sri Lankans of Bharatiya origin.

Rahul Gandhi and Surjewala must be ashamed for their ignorance, and must not think that citizens of Bharat are like them with no sense of history and with no shame. I have not repeated the instances like the genocide of the Sikhs in 1984 when the Congress traded in the blood of the innocents, because every Bharatiya with common sense is aware of it.

Be it farmers suicides, dalit oppression, or any lynching – there we see Rahul Gandhi and the Congress  to broker on these tragedies for votes. What does one call it – not just ‘Khoon ki Dalali’ but a multi-faceted Dalali which trades on the sweat, tears, blood, oppression and starvation of the poor for votes. For power is what the Congress wants and towards that it will stoop to anything.

The Congress cannot try and hide a bumpkin in a plate of rice. This is exactly why I say that the Congress – Rahul Gandhi and Surjewala and their likes have no moral right to demand an apology from PM Modi – who unlike Rahul Gandhi sweats out and works hard for the nation. He does not run away to his hideouts for pleasure, he does not go to the gym thrice a day and does not play with his dogs because he has no time for such trivialities. All his energies and his time are devoted towards the development of the nation.

The Congress must remember that nemesis will follow it. A party which enforced Emergency should have been long ago wiped out from the political frame of Bharat – we have had enough of the Nehru Gandhi treacheries. Even in the family name, it has been a Dalali. Can it stoop to any lower level?

Disclaimer – This article represents the opinions of the Author, and the Author is responsible for ensuring the factual veracity of the content. HinduPost will not be responsible for the accuracy, completeness, suitability, or validity of any information, contained herein.