Mamata Banerjee & Other ‘Secular’s Have Gone Berserk Over Assam NRC 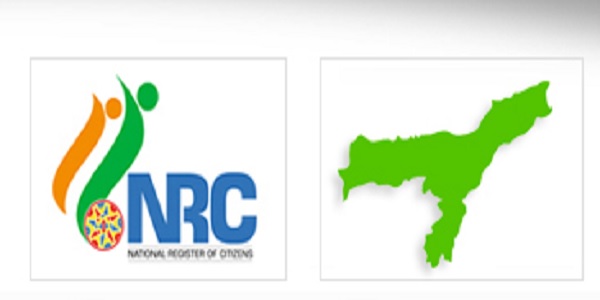 Bharat has been suffering from illegal immigrants from its neighbour Bangladesh  since a long time. These immigrants enter Bharat via border states like Assam, West Bengal, with many later reaching other states & big cities of Bharat. The recent active drive of Nation Register of Citizens (NRC) that is taking place in Assam is a bid to remove those illegal immigrants from the state.

The National Register of Citizens (NRC) is the list of Bharatiya citizens in Assam. It was prepared in 1951, following the census of 1951. For a person’s name to be included in the updated NRC list of 2018, he/ she will have to furnish:

Apparently, Assam is the only state that has prepared and maintained NRC following the first wave of immigrants in 1951 from the then East Pakistan. Illegal immigration was a big issue even in those days in Assam.

Why was there a demand to update NRC in Assam?

Large scale illegal immigration from Bangladesh into Assam has changed the demographic complexion of the state. This is also a threat to the identity of the indigenous people of Assam and national security, and has adversely affected the social, economic and political environment in Assam.

It was in 1970s that an extraordinary student movement took place in Assam. All Assam Student’s Union (AASU) went on general strike demanding the ‘detention, disenfranchisement and deportation’ of all foreigners. What followed in the next few months and years was a spree of protest movements, several rounds of negotiations with the government and ultimately the signing of the Assam accord in 1985

Assam Accord was signed in 1985 that promised identification and deportation of illegal immigrants.

With the Supreme Court monitoring the process, the first draft of NRC was published in December last year. The deadline for the final draft was June 30. But the government could not complete the process receiving flak from the Supreme Court and an extension of one month. The final draft was, thus, released on 30th July, 2018, a day ahead of the deadline.

A total of 3.29 crore applications were submitted. The first NRC draft identified 1.9 crore people as Bharatiya citizens. The final draft has increased the number to 2.89 crore leaving out 40 lakh people, who applied for recognition as Bharatiya citizens. However, the government has given assurance that no one will lose his/her citizenship rights or be sent to a detention camp for foreigners merely on the basis of the draft NRC.

Forms for correction will be available at various NRC Seva Kendras (NSK) from August 7 to September 28. After that, the final NRC will be published by December 31, the Home Ministry has announced, as reported in The Indian Express.

It is to be noted that Assam Accord was signed in the presence of then Prime Minister and Congress Leader, Rajiv Gandhi. However, so many years hence, the accord is being practically brought into action by the current BJP government of Assam that came after decades of Congress rule.

Even in this important issue of national security and territorial integrity, our intellectually-bankrupt opposition is behaving deplorably. The major adverse reaction has come from Mamata Banerjee, President of TMC, the CM of Assam’s neighbouring state West Bengal which is also a hub of such infiltration.

Shockingly, she was so disturbed by this move to deport illegal immigrants that she said “There will be a civil war, blood bath in the country” due to NRC. Speaking at an event at New Delhi, Mamata Banerjee said that NRC is a political move and that BJP is trying to divide the people. She questioned the ‘audacity’ of BJP to say NRC will next happen in Bengal, as reported in The Indian Express.

This came from an elected representative of a state of Bharat, who has an issue with another state counting its legal citizens to ensure safety of its people and indigenous culture. Even the Assam TMC chief resigned from the party as he doesn’t supports his party president’s violent take on NRC for Assam’s safety.

Dwipen Pathak after resigning from Assam TMC says He doesnt agree with Mamata Banerjee about #NRCASsam and fears disturbance in state.Even TMC workers know how Didi created havoc in West bengal & Assam might be next for vote bank politics#MamataAgainstNRCpic.twitter.com/yWGGxX3HK8

Most ‘Mahagathbandhan’ & secular parties have taken the NRC exercise as a direct attack on themselves, thereby admitting that their hold on power is directly dependent on the votebank offered by illegal immigrants. For instance, this tweet from a TDP leader from Andhra Pradesh:

It is to be noted that back in 2005, Mamata Banerjee herself supported sending back the illegal immigrants that had been staying in West Bengal.

In August 2005 this same @MamataOfficial behaved like a hooligan in the parliament, threw documents on the face of the speaker & resigned to protest against Bangladeshi infiltration. Tables turned today because she sees in them the opportunity of a votebank! #NRCAssam #WestBengal pic.twitter.com/nWQJF8375O

But why is Mamata Banerjee against NRC in Assam?

As mentioned above, Mamata Banerjee herself wanted to throw away illegal immigrants back in 2005. It is to be noted that she was not in power in West Bengal back then. She accused the then state & central governments of supporting Bangladeshi infiltrators in the state. Now that she has the chair of CM in West Bengal and her party depends heavily on the illegal immigrant votebank, her stance has undergone a complete reversal. She is even welcoming illegal immigrants to West Bengal if they are left out in NRC of Assam.

West Bengal itself has a sizeable number of Bangladeshi immigrants living illegally. The exact number is not known as no targeted headcount has been undertaken to date unlike in Assam. In Nov 2016, Minister of State for Home Affairs Kiren Rijiju told the Rajya Sabha that around 2 crore Bangladeshis were living illegally in Bharat.

Mamata Banerjee’s main worry at the moment would be if people in her state started demanding a similar exercise to root out the illegal immigrants from West Bengal. BJP has already promised the electorate that it would undertake a similar exercise in West Bengal if it comes to power in the state. Some in MSM are claiming that Mamata Banerjee’s opposition to NRC stems from the potential deluge of people into WB who do not find a place in the final NRC list. But if that were really the case, Mamata should have been demanding that Assam & Central Govt. work out a fail-safe mechanism to ensure that those who do not find a place in NRC are confine to restricted areas within Assam while their deportation is processed.

With such statements like threatening a ‘civil war’ and ‘blood bath’ in the country and challenging centre to carry such a drive in her state, Mamata desperation is clear for all to see. She is behaving as if West Bengal is not a part of Bharat. It is really ugly how the entire secular opposition has been criticizing NRC without any strong argument and factual knowledge.

Their vote bank appeasement politics in name of secularism has stopped so low that Mamata Banerjee and other secular parties are ready to sacrifice even national security & sovereignty. Given the fact that many Bangladeshi immigrants have been living illegally all over Bharat, and even Rohingyas have managed to reach as far as Jammu, this kind of NRC drive has to be called for all over the country. The opposition parties are trying to hide their desperation over the upcoming 2019 elections under the time-tested rhetoric of ‘BJP is polarizing the nation’.

It will be interesting to see the outcome of this NRC drive in Assam. This long pending move, now brought into action by the BJP government, might send a strong signal all across the country that when it comes to national security and integrity, one has to look beyond vote bank and appeasement politics.