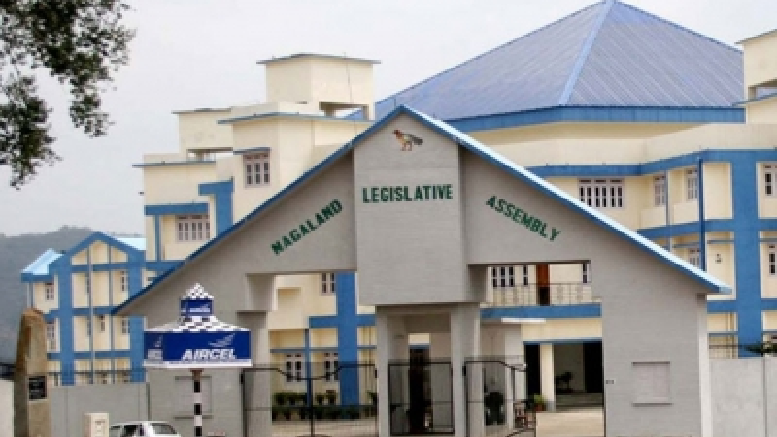 A ‘Parliamentary Committee’ on the Naga political issue, comprising all the 60 members of the Nagaland Assembly and the two Members of Parliament from the state, was constituted to facilitate the ongoing peace talks between the Central government and various Naga outfits, a top official said on Friday.

“The Parliamentary Committee shall discuss matters relating to the Naga political issue and play the role of facilitator in the ongoing peace talks between the Government of India and the Naga political groups,” Sinha told IANS over phone quoting the notification of the Home Department’s Political Branch.

The notification, which was issued by Chief Secretary J. Alam, said that Parliamentary Affairs Minister Neiba Kronu would be the member Secretary of the committee, which includes four members from the Nationalist Democratic Progressive Party (NDPP) and five members each from the Bharatiya Janata Party and the Naga People’s Front (NPF) and Independent MLA and Minister Tongpang Ozukum.

A senior official of the state Home Department said that the ‘Parliamentary Committee’ likely to meet on June 19 to deliberate the way forward on the long-pending issue.

The dominant group — the Isak-Muivah faction of the National Socialist Council of Nagaland (NSCN-IM) — and the other outfits have been holding peace talks with the Centre for the past many years.

The NSCN-IM has held around 80 rounds of negotiations with the Central government in Delhi and outside Bharat after signing a ceasefire pact 24 years ago. Prime Minister Narendra Modi had signed a “framework agreement” with the NSCN-IM in 2015.

The NSCN-IM and the intelligence sources said that while many of the 31 demands of the Nagas have been almost resolved during the talks with the Centre, differences remain over a separate flag, and a separate constitution.

Nagaland Governor and the Central government’s interlocutor for peace talks, R.N. Ravi had recently rejected the demand for a separate flag and a Constitution for the state as demanded by the NSCN-IM.

The NSCN-IM, in a recent statement issued by its ‘Ministry of Information and Publicity’, said that the historic “Framework Agreement (FA)” signed on August 3, 2015 is being brought back to life in order to remove any misinterpretation and thereby, hasten the signing of Naga solution agreement.

It had alleged that unnecessary confusion was thrown into the air because of the “reckless statement” made by Ravi that the political talks had concluded, and termed it unfortunate that he has made such a “misleading statement before the whole nation by blatantly contradicting the government of Bharat and the Bharatiya Parliament besides the 136 crore Bharatiyas and the world community in the matter of such sensitive political negotiations going on for more than two decades”.

Ravi, however, recently said in Kohima that the Centre’s several political initiatives to resolve the Naga issue could not be fructified in the last 24 years due to the “unrealistic intransigence of some people who are unwilling to forsake the politics by gun”.

In season of pandemic, it’s not gold but cigarettes where smuggling rings are making big money