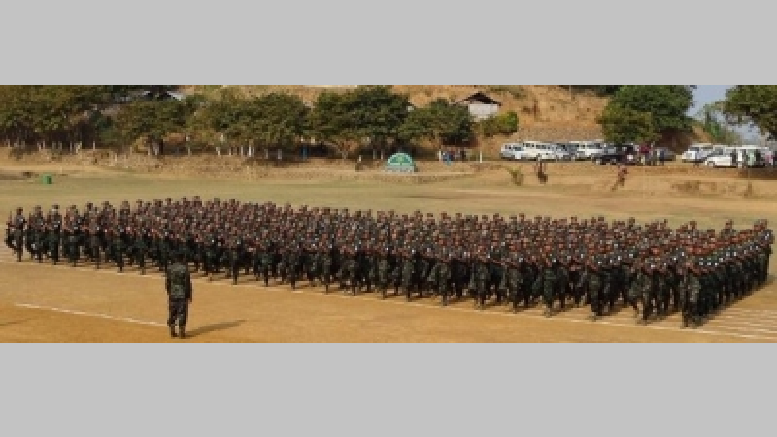 The Isak-Muivah faction of the National Socialist Council of Nagalim (NSCN-IM) once again reiterated that the “God given Naga Nation Flag is non-negotiable in the name of Naga political solution”.

The editorial of the September issue of the “Nagalim Voice”, the mouthpiece of the NSCN-IM, said that 25 years of Naga political talks and seven years of Framework Agreement (FA) is a long period of endurance and commitment exhibited by Naga people for peaceful settlement of Naga issue. It said that after signing the FA on August 3, 2015, Prime Minister Narendra Modi took pride in announcing that he had solved the longest insurgency movement in Southeast Asia.

“He (PM) began his speech, ‘This day marks the beginning of a new age. The 3rd August, 2015 will be inscribed in the pages of Indian history with golden letters’,” it said, addin that “these beautifully framed words still remain hollow”.

“Yet, Modi cannot simply shy away from the Naga issue but have a relook through the prism of Framework Agreement, his own political brainchild. The credit he has taken in bringing about FA should be unerringly interpreted to take forward in solving Naga issue,” the ‘Nagalim Voice’ editorial said.

It said that, it is ironic to point out that Prime Minister Modi, who loves to advertise his achievements, is expected to take the Naga issue to logical conclusion as the stalled Naga talks pick up the threads with focus on Framework Agreement and Formulated papers.

It said The stand of the NSCN on the FA has been distinctly stated time and again. The decision of the National Assembly on May 31 and the solemn declaration (resolution) adopted on August 26 this year by the Naga National Workers of NSCN from Nagaland state reaffirming “one people one nation” and to stand by the Framework Agreement, is on record.

“The unifying principle of One People One Nation symbolised by the God given Naga Nation Flag is non-negotiable in the name of Naga political solution,” the dominant Naga group said.

The NSCN-IM’s insistence on a separate Naga flag and Constitution became big hurdles for the lasting solution to the Naga political issue.

Former government interlocutor and then Nagaland Governor R.N. Ravi, who is now holding the gubernatorial post in Tamil Nadu, had rejected these demands on a number of occasions.

A two-day session of the Nagaland Assembly began on Tuesday where a fresh resolution urging the Central government to resolve the Naga political issue was expected to be adopted in the house.

On September 12, the Parliamentary Core Committee headed by Chief Minister Neiphiu Rio met Union Home Minister Amit Shah in New Delhi and urged him to finalise the Naga political settlement at the earliest.

On the other hand in a significant development, the Forum for Naga Reconciliation (FNR), NSCN-IM and the Naga National Political Groups (NNPG) in a joint meeting on September 14 adopted a resolution to continue dialogue “in order to move forward, live in peace and overcome the cynicism, anxiety, and disagreements that have caused us to see each other as foes and strangers, rather than members of the same family”.

A joint statement, issued after the meeting said that the meeting was held in the interest of pursuing genuine understanding among the Nagas and incrementally progressing forward.

The ruling parties in Nagaland, all other Naga bodies and civil society organisations are making all out efforts to resolve the Naga political issue before the next Assembly elections, expected to be held in February next year.