How must Bharat deal with Kashmir and Pakistan now? 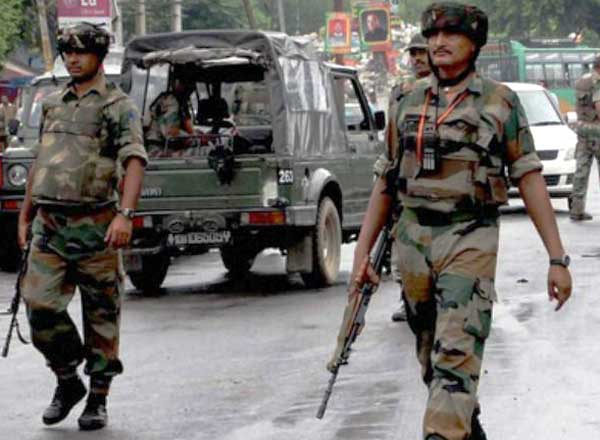 So why has the situation worsened in Kashmir during the last year?

Did you know that, “Nearly 5,000 protesters were booked under different sections for stone-throwing during the 2010 summer agitation while 1,325 persons, including 95 minors, were arrested during 2013 when Kashmir witnessed widespread protests following the hanging of Parliament attack convict Afzal Guru”?

Were they convicted? The answer is NO. Why?

In July 2016, “the Jammu and Kashmir police initiated the process of withdrawing cases against 634 stone-throwers, out of the several thousand who have been charged with the crime during the past eight years, following the state’s government amnesty order.”

With this amnesty stone-throwers know the State government is on their side. Subsequent to the Supreme Court questioning the use of pellet guns in Kashmir and media outcry, it appears that the CRPF has either stopped or reduced their use.

Thus, stone throwers know that neither would F.I.R’s be filed nor do they run the risk of being injured by pellet guns.

Maintenance of law and order depends on implementation and fear of the law. When neither exists one can expect lawlessness. To be fair, issue of amnesty to the stone-throwers was part PDP’s poll campaign. So chief minister Mehbooba fulfilled a promise.

A second reason is asking security forces to observe restraint inspite of their being hit and attacked. Locals are smart enough to know of a July 2016 Supreme Court order that gave the “state police liberty to probe the role of armed forces in alleged encounter cases in areas where the AFSPA is in force.”

An April 29 report says, ‘The J&K police have furnished evidence to the State Human Rights Commission (SHRC) charging the Indian Army of wrongful confinement, and for endangering the life of 26-year-old Farooq Ahmad Dar, by tying him to the bonnet of an army jeep and parading him on the roads on 9 April.” Such acts will embolden stone-throwers.

The humiliation that security forces experience can be empathised only if it happens to you. Sensation hungry channels and debates in air-conditioned studios, with a lack of appreciation of ground realities, could make a jawan ask what am I doing here, main karu tho kya karu?

Next are repeated attacks on army camps the latest being Kupwara. Could these attacks be prevented?

A just retired Col who was posted in the Valley told the author, “Conduct a security audit of army installations in Jammu and Kashmir regions. Weaknesses should be plugged immediately. Build walls around all units and garrisons in Jammu and Kashmir regions. It is expensive but needs to be done. Floodlights with generator backup is a must. Double gates at entrances with well located bunkers which can cover the gate by fire. Bypass bureaucratic delays implement now!”

Officials in the Ministry of Defence and Army Headquarters who delay implementation of this proposal should be made to face stone throwers in Kashmir.

The Army’s Technical Support Division must be re-established since it was getting excellent trans-border information about terrorist infiltration.

Another recent strategy is to pelt stones on security forces when the encounter is on, as seen on February 12 in Kulgam district, or after an encounter by demanding bodies of slain militants during the recent attack on army camp in Kupwara.

Protestors should be made aware that action by security forces might result in their becoming disabled. People forget that during natural calamities security forces help them. Also 30 out of the 46 Army Goodwill Schools run in J&K are in the Valley.

Forget expression of gratitude for good work, there is instead mass mobilization to thwart anti-terrorist operations. One such mobilization resulted in the death of Major S Dhaiya recently.

Coming to the State government why is no one holding it responsible for the current state of affairs. Talking of insaniyaat, kashmiriyaat, Vajpayee mean nothing. Has it filed FIR’s against law breakers or those who indulge in violence after Friday prayers? How has it utilised funds received from the Centre? How many jobs has it created and kms of roads laid across the State’s three regions.

Burhan Wani’s successor Zakr Mussa recently said, “Whenever we are fighting with gun or throwing rocks, this should not be for nationalism but for Islam”. To hear video

Yet the common narrative makes it appear as if development, funding, employment would change things. If that were so “Kashmir would not have the highest per capita consumption of meat in the world.”

Failure to accept and communicate the reality could be Modi Sarkar’s greatest shortcoming.

It is difficult to decipher why successive Central Governments are so defensive while dealing with Valley leaders. They could have exposed their links with separatists, failure on governance and role in exodus of Pandits etc.

Why has the Centre not challenged the myth of Kashmiri alienation? It could have explained how the number of assembly seats were manipulated around 1951 such that the maximum number of assembly seats were taken by the Valley. Every Chief Minister of J&K is from the Valley so hold them accountable. By making public data of revenue generated (including income-tax), expenditure on and number of state government employees by region i.e. Kashmir, Jammu and Ladakh it could have shown complete domination of the State by Kashmiri Muslims.

If at all anyone should be complaining of alienation it should be the people of Jammu and Ladakh. When people of Kashmir say they are victims of violence, they should remember that the terrorist movement in 1989 was started and sustained by Kashmiri Muslims duly abetted by Pakistan.

By refusing to show our Kashmiri brothers and sisters the mirror, a reality check, the people of Bharat are doing them a great disservice.

So where does Pakistan fit into the current scenario. Unlike earlier, our neighbour has changed strategy after the new Army Chief took over in late 2016.

The Kashmir protests are being presented as spontaneous and driven by locals against the forceful occupation of region by Bharat. Protests are a combination of fidayeen attacks on army and by locals, with strong emphasis on the latter. The intent is to demoralize the security forces and present it as a local uprising so that Pakistan is not accused of cross-border terrorism. At the same time pressure on Bharat is kept up by cease-fire violations and killing of Bharatiya soldiers for e.g. mutilation of two Bharatiya soldiers in Krishna Ghati sector along the Line of Control.

Pakistani leaders have, unlike in the past, remained by and large silent on happenings and not spoken of talks with Bharat except Pakistan Prime Minister’s Foreign Affairs Adviser Sartaj Aziz’s statement of May 2, “India’s contention that the Kashmir issue is, primarily, an issue of cross-border terrorism, is a claim that no one in the world is prepared to accept today”. The underlying message is that violence in Kashmir will fall only when Bharat talks to us. There is a China angle too.

On April 6, an op-ed in Global Times warned that Bharat could not afford to play a geopolitical game with China because amongst others, Bharat’s turbulent northern state borders China.

The Chinese-Pakistan game is to keep Bharat off-balance, pre-occupied with internal problems so that it scales down its ambitions, geo-political goals and development, and does not focus on growth. Expect the unexpected. Border attacks in Barmer, intrusions in Uttaranchal and Arunachal, flash floods in Himachal, Chinese submarines around Andaman and Nicobar, revival of insurgency in Nagaland / Manipur not to forget massacres by Naxals and sharpened media attacks by leftist publications in Bharat.

So what must India do in Kashmir?

Lastly how must Bharat deal with Pakistan now? Briefly –

She needs a consistent approach. Baluchistan was raised on August 15 but forgotten. Ditto for the Indus Water Treaty.

Unless Bharat raises the cost for Pakistan, nothing will change. Use Chanakya’s sutra of “Saam, Daam, Dand and Bhed”. The key for these techniques to work is that Pakistan must believe Bharat is capable of using Dand effectively.

Talks can resume only after Pakistan stops using terror as an instrument of state policy.

Stop Samjhauta Express and export of all products that contribute to the Pakistani economy.

Unless Bharat’s Hindu leadership learns to, in the mind, be in a state of perpetual war with its enemies nothing will change.

Lastly, it is only when The Followers of Dharma stop being defensive about Bharat being a Hindu, Buddhist, Jain and Sikh country will they be able to successfully deal with Pakistan.

(This article first appeared at http://www.indiandefencereview.com/news/how-must-india-deal-with-kashmir-and-pakistan-now/ and is being reproduced with the consent of the author)