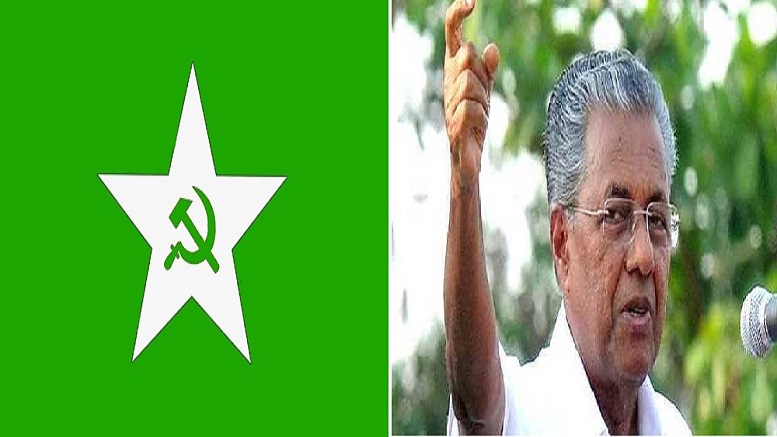 Under pressure from Muslim outfits, the communist government in  Kerala has decided to put on hold its decision to hand over the recruitments to the Waqf Board to Kerala Public Service Commission (PSC). The state assembly passed the bill on November 9 and Chief Minister Pinarayi Vijayan froze it before the completion of even a month.

Opponents of the bill claim it will allow non-Muslims to be appointed to the Waqf Board, something Vijayan has assiduously denied.

Ever since the bill was passed, various Muslim outfits started crying foul. Protests were organized after Friday prayers on December 3 where several Islamic religious and social groups indulged in sermons about ‘secularism’ and how it was being ‘trampled upon’.

Samastha Kerala Jamiat-ul-Ulema, a hardline Muslim group, flayed the decision and called it an anti-Muslim move. Its mouthpiece called Suprabatham said in an editorial that the CPM-led LDF govt. is trying to harass the ‘main minority community’ and appease the majority community while also trying to get support of the other minority community (Christians) ‘in the second tier’. It claimed the new law was worse than the Sangh Parivar’s move of “claiming rights over Waqf properties in North India” – an attempt to show the Eidgah and Gyanvapi structures forcefully built over Krishna Janmabhoomi temple and Kashi Vishwanath mandir by Mughal tyrant Aurangzeb as Waqf property?

It said that under the Central Waqf Act of 1995, the right to appoint employees of state Waqf Board was the prerogative of Kerala Waqf Board. Also Waqf regulation stipulates that the appointees should be Muslims.

It should be noted here that a Waqf Board manages waqfs, i.e. any property given in the name of Allah for religious and charitable purposes. Many major mosques and madrassas do not fall under its purview, and the charter of a Waqf Board is limited as compared to the draconian HRCE and Devaswom Boards which control Hindu temples.

But this is not say that Waqf Boards are not in need of reform and professionalism. A study in 2011 found that Wakf properties across the country constitute a land bank worth Rs 1.2 lakh crore which could have generated an annual income of Rs 12,000 crore, but was yielding only Rs 163 crore.

Of course, Christian Churches and religious institutions, including those with massive land grants given by the British in the hearts of our cities, are completely controlled by the Catholic or Protestant Church and no government dares to question their supervision.

The Suprabatham editorial then indulged in scare-mongering that Vijayan’s assurance that only Muslims would be appointed to Waqf board was a ‘deception’ as Sangh Parivar could approach the court in future stating that the Muslim-only provision went against equal justice and equal opportunity envisaged by the Constitution, and could secure appointments (for Hindus). As a result, social welfare schemes like aid for marriage, treatment, education, pensions and salaries for clerics and madrassa teachers will soon dry up.

It claimed that since Kerala is the last remaining bastion for the communists, they are trying to outdo the BJP using ‘majority communalism’. No wonder that such Muslim organisations are masters at creating conspiracy theories like ‘RSS was behind 26/11’!

‘Discussions’ were held between a rattled Vijayan and the Samastha Kerala Jamiat-ul-Ulema leaders recently. Democratically elected Indian Union Muslim League MLAs were not even invited.

A delegation led by Samastha secretary Prof. Alikutty Musaliar told the media that the CM assured them that the status quo will be maintained and the rule will not be enforced. Vijayan’s official statement said the issue needs more discussions. Vijayan openly admitted that there was speculation that non-Muslims might be posted in the Waqf board and assured that such things will just not happen.

Samastha president, Syed Muhammad Jifri Muthukoya Thangal, then said in Kozhikode that they don’t want mosques to be turned into protest venues, an indirect threat to the administration?

In its desperation to be heard,  the IUML too chose to hold protests at mosques on December 3. This is in fact new to Kerala’s largest Muslim party that has stayed away from places of worship when it comes to protests. A Congress partner for the past 40 odd years, they helped Rahul Gandhi retain his MP chair in 2019 from Wayanad.

Having been sidelined by the communists, the IUML general secretary and senior legislator K.P.A. Majeed said that their protests would continue till the new law is repealed, even after it was frozen.

The Opposition Congress-led UDF later claimed that the LDF government’s decision to freeze the new law vindicated the stand taken by IUML. They said that just as a move to send Devaswom Board appointments to the PSC was opposed, and a Devaswom Recruitment Board was formed by UDF, similarly a Wakf Recruitment Board should be formed.

Sporadic tussles such as this sparring over Waqf Board appointments aside, the new Kerala governance model can be called ‘green communism’, where Hindus In Name Only (HINO) communists and Islamists rule the roost.

Appointments to Kerala temples are made by a special recruitment board under the govt. controlled Devaswom Boards. Incidentally, that board is filled with atheist HINO communists who are out to plunder our temples. Incidents of temples being usurped have picked up pace, ever since the LDF came back to power.

There were instances when the then Kerala devaswom minister organized and participated in ‘beef festivals’ and had publicly consumed the meat. A recently concluded ‘food street’ fizzled out when the communists served pork and green communists shunned the event. Their direct assaults on Hindu customs and traditions are now legendary and we all know what they are trying to do to temples including Sabarimala.

During the anti-CAA protests, both the Samastha leaders and the communists opposed the bill and shared the dais together. The Vijayan-led CPM government even had the audacity to pass a resolution in the state assembly against CAA, the first to do so. It was twisted to look as if Kerala Hindus had primarily opposed the CAA law, and that the Muslims were only supporting them. Back then, the attitude of local HINOs helped legitimize such claims.

The CPM has given leadership roles to Muslim community members who have then gone on to glorify their forefathers who indulged in Hindu genocide. Prominent among them is P A Mohammed Riyas the CM’s son-in-law who handles the tourism and public works departments. AA Rahim is another Muslim face who replaced Riyas as the national president of the CPM youth wing DYFI.

Communist atheism in Kerala is reserved to demean Hindu practices only. They have joined hands with hardline Muslim outfits, and minorities are revered for the sake of vote bank politics. Even the Church and extremist Christian outfits are appeased, as we saw when CPM lambasted an IAS officer who destroyed a massive illegal cross planted on govt. forest land as an ‘RSS agent’.

This episode shows how every religious community is wary of government interference in their religious institutions. Muslims stood up in unison over a rumor that KPSC would end up appointing non-Muslims to the Waqf Board. But when Hindus oppose actual cases of non-Hindus being appointed to our temples and actively meddling in religious affairs – exhibit A, exhibit B, exhibit C – the secular establishment and media paint us as ‘bigots’!

The Madras HC castigated a Hindu petitioner who only wanted CM M.K. Stalin to profess his faith in Hindu Dharma, as is required by govt. HR&CE (Hindu Religious & Charitable Endowments) employees, before he chaired an Advisory Committee of HR&CE Department. Stalin has in the past openly pledged to destroy Hindu/Sanatan Dharma.

Dravidianists have demanded non-Hindus be appointed to HRCE run educational institutions, and a Muslim man has even approached the Madras HC claiming he cannot be denied employment in HRCE colleges as those posts had nothing to do with religious function. The Muslim petitioner even stated a SC judgement about the word ‘Hindu’ merely denoting a ‘way of life’, to question how HRCE could decide which candidate is a Hindu!

So the very tactic of demanding ‘Constitutional equality in right to employment’ that Samastha Kerala Jamiat-ul-Ulema claims Sangh Parivar will use to sneak Hindus into Waqf Board if appointments are done through Kerala PSC, is already being used by a Muslim to demand job opportunity in colleges funded by Hindu temple devotees.