Modi powers NDA to victory in a real cliffhanger in Bihar 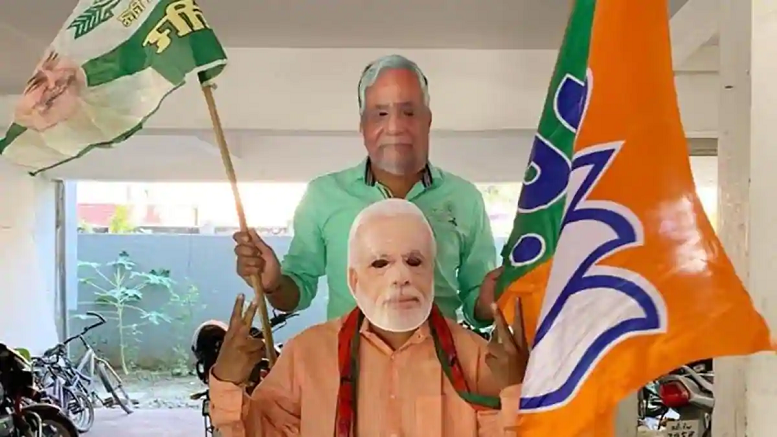 Nitish’s swan song cry did not hold much water with the voters and it was left to Modi to do some bull work to pull Nitish and NDA out of the clutches of defeat and also the pollsters who fumbled in their prognosis.

The Bihar elections saw the rise of one young political heirloom and the downsizing of the other. It also re-established the vote catching ability of Modi in a state election in the absence of any credible state leadership. It was left to Modi to pull the heavy weights and the NDA juggernaut against the regional players.

He emerged victorious though Tejaswini’s RJD emerged as the single largest party. Nitish Kumar’s swan song, the surprising rise of Owaisi’s AIMIM in Simanchal and the resurgence of the Left was another highlight of this political thriller. But more than that it has thrown a moral dilemma for Nitish.

With 43 seats for the JDU in a house of 243, will Nitish have the confidence to lead the NDA government? Though PM Modi has all along maintained that Nitish will be the CM. However, a similar experiment with a minority party CM has come a cropper in Karnataka (Kumaraswamy) and is just managing to stay afloat in Maharashtra.

As he himself said during the election campaign that he has nothing to loose because he is just 32 and can always come back with a bang in the next elections. But he has already given his more eminent and veteran political opponents a run for their money making it a real humdinger of an election.

His one million job promise almost did the trick in Bihar where unemployment is a major issue after the migration crisis. But another young political leader missed a trick or two and really shot himself in the foot by acting as a spoil sport and spoiling his own party in the process. LJP was never in the reckoning and Chirag Paswan did himself no good by attacking Nitish personally.

Moreover, he has earned the ire of the JDU for putting up rebel BJP candidates against the former, which according to the NDTV survey, resulted in the loss of almost 30 seats to the JDU significantly reducing its tally.

Whether it was a deliberate ploy on the part of the national leadership of the BJP to cut Nitish to size and Chirag was made a scapegoat is anybody’s guess. For the moment, though he will have to go into political hibernation, lest he earns the wrath of the Chief Minister for making personal insinuations.

Though much is being talked about Tejashwi Yadav and his whirlwind rallies political pundits believe that he committed a grave mistake by giving 70 seats to the Congress which ultimately pulled down the final tally of the MGB. The Congress managed to win only 19 seats giving it a strike rate of around 27% as compared to the RJD’s strike rate of almost 48%.

The NDA’s vote share fell by about 9% compared to 2019 which was lapped up mainly by the MGB and to some extent by the LJP which according to its leader Chirag Paswan achieved its objective of strengthening the BJP but ironically pulled down the NDA.

As Sushil Modi succinctly put it that had Chirag not played the bad boy’s role the NDA would have crossed 150+. However, state elections have a regional flair. It would be unfair two compare them with Lok Sabha polls where national issues take precedence and thus, the vote share story does not necessarily portray a true picture of the ground reality.

The bottom line is that the NDA with Modi at the helm, before the initial hiccups came trumps on the home stretch to pull off a spectacular victory which will stand the BJP in good stead in the upcoming elections in neighbouring West Bengal.