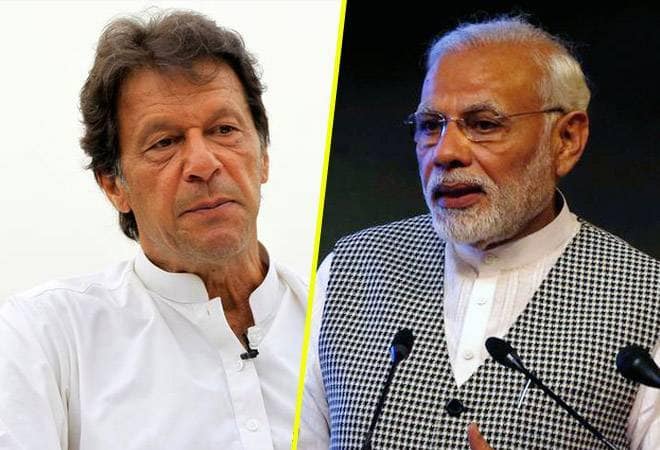 Imran Khan has indulged in a lot of slander, mudslinging, hurling of invectives & epithets against Bharat during his visit to the US, which is a manifestation of his frustration, helplessness & impotency. Kashmir has been peaceful since the abrogation of Article 370 much to the chagrin of terrorist state Pakistan & its lobbysts in America, which explains Imran’s obnoxious & unacceptable comments on Kashmir.

From calling RSS an extremist & terrorist organisation and pointing fingers at our Prime Minister, to blatantly & ignominiously playing the Muslim card, he has crossed all civility and set a new low in norms of international behaviour. His rant on human rights in Kashmir has gone on for too long & needs to be rebutted.

Terror state Pakistan headed by its lameduck Prime Minister is the biggest violator of human rights along with its ally China. If restrictions on telecom & internet networks for the security of citizens is human rights violation, then how do you define the large scale killings of ethnic minorities in Pakistan & China? Perhaps the UNHRC should coin a new phrase for such genocides.

Both countries have unabashedly indulged in ethnic cleansing & are in consistent self denial. While China’s stooge Pakistan has massacred Baluchis, Pakhtoons & Muhajirs by the thousands, China has indulged in the biggest ethnic cleansing of the century in Tibet apart from the atrocities & killings of the Uighur Muslims.

Pakistan PM while addressing the media said that while 8 million Muslims in Jammu & Kashmir were suffering, the Hindus were facing no such problems.

What he forgot to mention was that in 1990, Pakistan-funded and trained terrorists like Yasin Malik, Bitta Karate and others carried out a systematic campaign of murder, rape and torture to trigger the mass exodus of around 5 lakh Kashmiri Hindus from Kashmir.

Dawood Ibrahim, Hafiz Saeed & Masood Azhar are all in Pakistan enjoying the patronage of the ISI & the military. America’s tormentor-in-chief Osama Bin Laden was enjoying the full hospitality of Pakistan for years before he was hunted down by US marines.

When our Prime Minister, heading the largest democracy in the world, rises to address the UN, he should pull out all stops to name, shame & expose terror state Pakistan & its accomplice China for their ruthless massacre of ethnic & religious minorities in their respective countries.

China’s economic & military clout has ensured that it has escaped international wrath & reprimand despite indulging in widespread massacre & forceful conversion of Tibetans in their own homeland. While Pakistan has taken advantage of US support because of the latter’s own strategic interests in the region vis a vis Afghanistan.

The countries which are raising the human rights bogey at the UN are themselves the biggest oppressors & violators of human rights in their own countries. When Modi rises to address the UN body, he should leave no stone unturned to shame Pakistan & its main ally China for their misdeeds.

Bharat has been a victim of terrorism for 3 decades because of state-sponsored terrorism of Pakistan & Modi has already set the tone for his UN speech when at his mega Houston event he minced no words in the presence of President Trump in saying that the time had come for a decisive battle against terrorism & its sponsors.