Modi kicked Bajwa in the teeth and Bajwa knows it 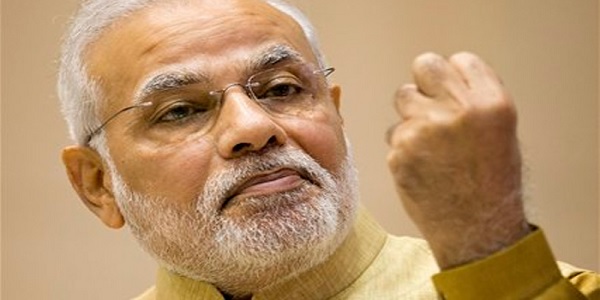 The Bharatiya opposition, and international news media outlets which act as the voice of the Global Left, are all desperately trying to spin the Pulwama-Balakot-Abhinandan string of events as a win for Imran Khan and a defeat for Modi, but they’re all quite wrong. Modi reacted to the Pulwama attack with a ferocity and a grit that was historic, and the dictator of Pakistan, General Qamar Bajwa knows it. His hope now is to dilute the fallout and pray that Modi’s resolve dissolves in the cacophony of Bharat’s electoral politics. If it doesn’t, Pakistan is in serious trouble.

It has to be understood that, at the end of the day, what matters here is not whether the IAF’s bombs hit or missed the Pakistan Army’s terrorist training camps, but that IAF attacked at all. The last time it happened was in 1971, and that time Pakistan broke into two. This is not a minor point.

Since 1971, Bharat has endured the Pakistani backed Khalistan terror campaign and the insurgency in Kashmir, both of which cost hundreds of thousands of Bharatiya lives, and tore apart the social and cultural fabric of Punjab and Kashmir, and did incalculable damage to the Idea of Bharat.

This bears repeating because we have become desensitized and numbed by the years and normalization of Pakistani sponsored violence and terrorism. Lacs of Bharatiyas have died because of Pakistan. While the world rages on against Israel about Palestine, we ourselves have become indifferent to the scale and savagery of the slaughter than Pakistan has inflicted on us.

Then Prime Minister Vajpayee’s view was that the only way to assure the support of the International community was by not taking any action, however justified it might be, that would make Bharat look in any way responsible for the conflagration at Kargil. Since then, we have only gotten 20 more years of Jihad and slaughter from Pakistan.

Against that background, it must be understood what a big deal the IAF strikes on Pakistan is. Narendra Modi dispensed with 48 years of restraint and attacked Pakistan. For decades, Pakistan has gotten away with causing savage violence, bloodshed and war, with no reaction from Bharat except a steady effort to contain the damage. Now Bharat has gone on the offensive and bombed Pakistan. Whether a few dozen easily replaced terrorists died or not is almost beside the point.

Modi has delivered the message that the decades of Bharat taking the violence and doing nothing are over. Pakistan should now expect the deadly consequences that it has taken for granted would never come, because Modi has shown that the political leadership of Bharat is willing, and the armed forces are able, to go to war.

The prompt return of Wing Commander Abhinandan underlines this point. For a while it seemed that Pakistan had managed to turn the table on Modi by showing that it was able and willing to answer Bharat’s new-found aggressiveness. The capture of the Bharatiya pilot set the stage for Bharat to get weak at the knees and start begging for him back, for Pakistan to dangle him in front of us as a symbol of Bharat’s lack of guts, to rub in our faces that we are powerless and don’t have the stomach or the ability to do anything to Pakistan.

Imran Khan, the dictator Bajwa’s puppet, tried to put that play into action, but Modi wasn’t having any of it. It was almost pathetic watching Imran invite Bharat for talks and ask pleadingly, “Where do we go from here?”  He got his answer when the Government of Bharat issued a statement saying that there would be talks only after Pakistan took action on terror, but our pilot was expected to be handed back on which there was to be no discussion.

The speed with which Imran Khan announced that Abhinandan would be returned would have communicated to everyone how much trouble Pakistan was in, had the liberal press around the world not gone into hyperdrive to spin it as Imran Khan’s magnanimity and Pakistan’s desire for peace.

In truth, such a rapid climbdown by Pakistan and surrender of its trump card could only have happened if the Government of Bharat had made clear to Pakistan, that if our man wasn’t returned immediately, without terms, without any delay, there would be further action from Bharat that would be a greater humiliation to Pakistan than returning the pilot immediately.

Whatever the Government of Bharat said to Pakistan in private, it was certainly convincing and left Pakistan no wiggle room at all, no space or time to delay so that it could plot out some other scheme. The significance of China’s announcement that it never considered either Bharat or Pakistan nuclear powers has been largely missed. What China was saying was that it was not concerned about nuclear war, meaning that it wasn’t acknowledging Pakistan’s nuclear threat. Bharat was free to act.

There is little doubt that the US, China, the EU, or Saudi Arabia left Pakistan with any option but to return Abhinandan immediately if it did not want to see the IAF bomb Pakistani military installations or JeM/LeT headquarters.

Had Pakistan refused to return the pilot then, and had Modi escalated, Pakistan would have been left in the position of either having to either back down in humiliation and take the punishment, or to go to war and find out if Pakistan could win without the nuclear option in play.

Faced with defeat and humiliation, Pakistan caved and handed back Abhinandan while muttering about a gesture of peace, left with nothing but the world Leftist press and Bharat’s opposition trying to save Pakistan’s face.

The reality is that Modi kicked General Qamar Bajwa’s teeth in. Bharat attacked Pakistan militarily, something it has not done for 48 years, and terrified Pakistan into handing back Abhindandan immediately, not even waiting till the cessation of hostilities, not agreeing to cease hostilities. That Bharat came under no pressure from any foreign power also demonstrates how seriously the world is taking Modi and how isolated and weak Pakistan is.

However, we must understand that this must not end here. If it does, it will have been for nothing, since Pakistan will resume its Jihad in Kashmir as well as the Khalistan project without any delay in order to recover from the savaging it has received at Modi’s hands. Mr. Modi must make this as the start of a conclusive campaign to break Pakistan’s back. If he is successful, perhaps in the not too distant future, JeM and LeT will cease to exist, the Pakistan Army will be reduced to a trifle and the people of Pakistan will finally be able to hope for a stable and flowering democracy.

It’s a monumental task, scarcely imaginable hitherto, but Mr. Modi has given hope that it might be possible after all. It will take a lot of muscle, fortitude and deft diplomacy, and Mr. Modi seems to be ready.

(This article was first published on The Times Of India-Blog on March 4, 2019 and has been reproduced here in full.)

Excerpt from “Modi and Me: A Political Reawakening”