Metroman E Sreedharan all set to join the BJP in Kerala 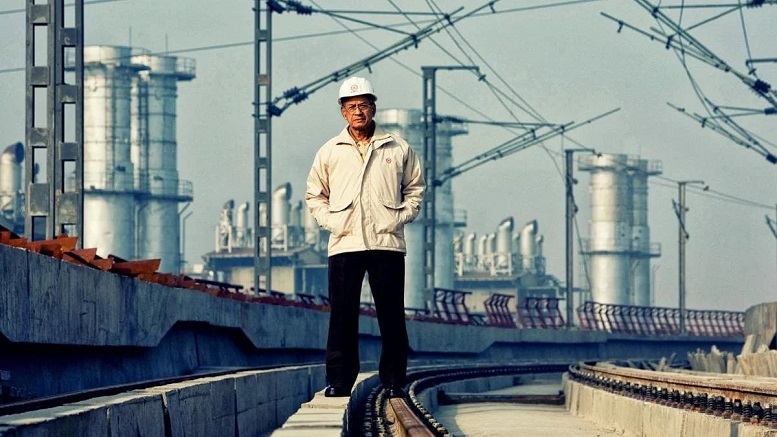 In a massive move that has aroused national interest, E Sreedharan who rightly earned the nickname Metroman is all set to formally join the Kerala BJP, this Saturday. K Surendran, the BJP state president confirmed the same at a press conference.

When asked about his decision to join the BJP, Sreedharan openly admitted that neither the Congress-led UDF nor the Communist-led LDF was able to assume responsibilities as expected (by the people of the state). Sreedharan blamed both the Congress and the Communists for the current state of inferior affairs. He added that only the BJP can take our country forward.

In states like Bengal, the BJP has tried and wooed leaders from other parties like the Congress, TMC, and CPM to bolster their ranks and have succeeded. The saffron party policy of looking for leaders who are path-breakers in public life with no previous political experience is being tried out in South Bharat. Eminent personalities have responded in kind and are being attracted to the development policies of the central government. Both Sreedharan agreeing to join the BJP and Sridhar Vembu of the Zoho Corp. fame attending RSS meetings are perfect examples.

With an impeccable track record and several major national projects under his belt, Sreedharan should relish the new challenge. His successes include the Delhi Metro rail project, Konkan Railway project, The Pamban Bridge at Rameshwaram, and the Lucknow metro, and more recently, the Kochi Metro in his home state. He personally mentions the Mumbai Airport to Colaba underground metro line as his most challenging.

The country has honored him with both the Padma Shri and Padma Vibushan.

His willingness to work for the country aged 88 in itself is admirable. The BJP is pondering whether the 75-year limit prescribed to offer seats for candidates has to be reworked, especially in this case and Sreedharan has responded that he is willing to take the electoral plunge from wherever the party wants him to. His supporters would want him to win for the BJP from his town of Ponnani in the Malappuram district.

That he is not prone to corruption is evident from his background. BJP hopes to pull in first-time voters and undecided ones with the help of heroes like Sreedharan. Ideologically uncorrupted patriotic minorities will feel that leaders like him are the only hope for Kerala’s renaissance. BJP with a current vote share of 15% and predictions of an additional 10% this year, things might not be smooth for the other political outfits.

Interestingly, Sreedharan is now working on rectification work at the Palarivattom flyover in Kochi. The government had earlier decided that the work be granted to DMRC and Sreedharan is a consultant with them. This bridge built during the Congress and Indian Union Muslim League regime (IUML) (90% of the work had been completed during their reign) was ‘commissioned’ by the newly elected Communist regime led by Pinarayi Vijayan in 2016. It failed miserably, developed cracks, and had to be closed to the public in 2019.

Situated on a busy highway connecting North and South Kerala (not many exist anyway), this flyover became synonymous with greed, corruption, conspiracy, incompetency, and plain carelessness. It was found that the Public Works Minister, Ebrahim Kunju of the IUML, had worked directly with top IAS officers and civil contractors to indulge in the above-mentioned vices.

Even if one does not consider the fuel that is wasted due to traffic jams that continue till this day at that busy intersection, the manhours lost for commuters are immense. It was why the project was taken up in the first place and it still continues to this day.

Though the Communist regime had proof of the ex Minister’s involvement, they went after the government officials and the contractor. The same vigilance department working under the present communist regime informed the court that they had no qualms in granting Ebrahim bail. Ebrahim averted imprisonment mentioning health issues and was never punished.

He is back in active politics and might be even given a ticket again this year. His proximity to IUML chief Kunhalikutty should help him and the huge minority vote bank in his Kalamassery constituency wouldn’t mind choosing someone who has a history of corruption.

Watching such quid-pro-quo incidences happen, helplessly from the prism of the common taxpayer, Sreedharan cannot be blamed for faulting both the regimes who take turns in ruling Kerala.

75% of the bridge had to be dismantled and is now ready to be handed over by the DMRC to the government by the first week of next month. This was announced by Sreedharan earlier this month. A project that cost 47 crores originally is getting readied at the cost of another 17 crores.

Sreedharan and DMRC also have a habit of returning the amount to the government if and when they are able to finish the work at a lesser cost.

His honesty and integrity have also made him the enemy of the ruling class. Sreedharan meanwhile has risen like a phoenix amidst tough circumstances and the same leaders who criticized him had to backtrack, fearing loss of their own vote base. This shows his fan base in Kerala.

As usual, attacks on Sreedharan started almost immediately. Mullapally Ramachandran announced that even after Sreedharan joins the BJP, they will not be able to make a mark in Kerala. BJP currently has only one MLA in the 140 seat state assembly.

By questioning his choice it is the ideological depravity of opposition leaders that manifests itself.