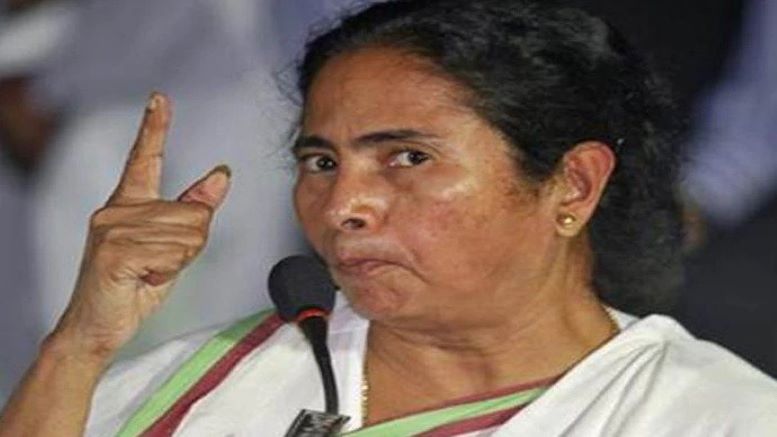 Mamata Banerjee has been pulled up by the Election Commission of India (ECI) for her communal remarks where she was seen asking for votes on the basis of religion. Her remarks were held to be in violation of the Religious Practices Act and the Model Code of Conduct (MCC) in place for the ongoing assembly elections.

The Election Commission on Wednesday issued a show-cause notice to West Bengal Chief Minister Mamata Banerjee, directing her to submit a written clarification explaining her open demand for votes on communal grounds for her party Trinamool Congress in the ongoing Assembly elections in the state.

In its order, the poll panel asked Banerjee to submit her explanation within 48 hours of receipt of the notice, failing which the “commission shall take a decision without further reference to you”.

The commission’s action came after BJP leader Mukhtar Abbas Naqvi complained to the election body alleging that Mamata, the Trinamool candidate from Nandigram, had on April 3 appealed to the Muslim voters not to let their votes get split among different political parties while delivering a speech in Tarkeshwar in Hooghly district that was telecast live on ABP Ananda. The BJP alleged that she openly demanded votes on communal grounds for her party.

An authenticated transcript of the alleged speech has also been received from the Chief Electoral Officer of West Bengal, the commission said, adding that the relevant part of the speech said, “…Kanyashree Kanyashree, there are scholarships up to the university. There is Sikshashree for Scheduled Castes and Scheduled Tribes. For the general category, there is Swami Vivekananda Scholarship. There is Aikyashree for my brothers and sisters belonging to the minority community and I have given it to 2 crores and 35 lakh beneficiaries.”

“I am requesting my minority brothers and sisters with folded hands, don’t divide the minority votes after listening to the devil person who had taken money from the BJP. He passes many communal statements and initiates clashes between the Hindus and the Muslims. He is one of the apostles of the BJP, comrade. The comrades of CPM and BJP are roaming around with the money given by the BJP to divide the minority votes,” she had said.

The commission said that the statement made by Banerjee on April 3 has been examined and the same has been found to be in violation of the provisions contained in Section 123 (3), 3 (A) of the Representation of the People Act, 1951, and also Clauses (2), (3) and (4) of Part I of General Conduct of Model Code of Conduct for the guidance of political parties and candidates.

Interestingly, while Mamata wanted the minorities to vote for the TMC  en masse she had asked Hindus not to vote on the basis of religion. This is the classic Nehruvian secular style of politics perfected by the Congress which is now being adopted by Mamata.

For several decades, Congress had been dividing Hindus in the name of caste while ensuring that they gained the benefit of minority votes through their minority appeasement policies and thereby continued to retain power. Mamata attempted the same.

This fact didn’t escape the attention of PM Modi too who hit back at her during one of his election rallies. PM Modi said, “just like Mamata asked the minorities to unite and vote for her if we had asked Hindus to vote for BJP unitedly then we would have received notice from the election commission and even the media would have hounded us”.