English author Lewis Carroll in his 1865 novel ‘Alice in Wonderland’ introduced the term ‘curiouser’. Till now, the Oxford English Dictionary does not treat ‘curiouser’ as a word unto itself. But there is no better label to best describe and characterize the current situation of our motherland!

The story of what really took place during the 22 years of the family rule gets ‘curiouser and curiouser’, as cried out by Alice. It all started like this…

At one point in time, because of the cross-cultural marriages in the family, the head of the family turned out to be a female and that too of a foreign descent. But, it never bothered the elders of the grand old party, who had fought for and won independence from the foreign rule. They all said in unison, “Why not an Italian now, as we are already used to the authoritarian and autocratic rule of British for 200 years!”. So the family brought in their Italian clans to provide advice and expertise in various governmental activities.

However, when the line of succession of the family to rule the country became doubtful because of the rather reluctant and dimwit young son, the head of the family and her coterie established a family trust in 1991 for the future well-being and prosperity of her successors.

With their brawn and muscle power, the family ensured that the funds started steadily pouring in from all directions, both from within and outside the borders. For this purpose, they facilitated quid pro quo arrangements with all types of scammers and fraudsters. Being the ruling queen, she  coerced and compelled the heads of government departments and private establishment to part with large sums of people’s money and donate to the family trust.

Now comes the curiousor part. Somewhere down the line, the family switched allegiance from our country to China. But neither the rubber-stamp prime minister nor any of his senior cabinet colleagues dared to raise a voice. Without a whimper, every one of them, the elders and intellectuals included, just toed the line as it was considered sacrosanct to protect the reputation of the dynastic family.

And the family lived and ruled happily ever after, as ‘Hindi-Chini bhai bhai’, sharing everything with, and generously giving away our borders, to the newly acquired friends. And, in the process, she broke all records becoming the longest-serving head of the ruling family! It is a shame on the Congress leaders on this sham achievement in the saga of independent Bharat!

One thing that would be quite obvious to everyone is that the family head of foreign origin who took up Bharat’s citizenship only in 1983, is pretty ignorant about the 5000 year old heritage, deep-rooted spiritual values, and ancient civilization of our motherland.

With the family members’ superficial knowledge about Bharat’s glorious past and its people, combined with their intellectual bankruptcy, we cannot expect them to understand the concept that the above mentioned age-old wisdom and ancient values have nothing to do with a particular religion, in the modern sense of the term. Consequently, they have no sense of patriotism, loyalty, or love for the country.

Today, not only that the family led Congress has no loyalty towards the country but they, along with CPM, have no hesitation in openly supporting China and indulging in treacherous activities. The foreign family created a new mindset in Bharat where you not only support the enemies of the country but also brag about it. That is why the Congress – CPM duo is now providing more reasons and justifications for why China attacked Bharat, than China itself could think of.

Sensing the family’s penchant for accumulating private wealth, the rest of the ruling dispensation as well as the Lutyen’s mafia surrounding them, followed suit and appropriated as much of the national resources and common man’s funds as possible, for themselves, in the shortest period of time.

Bright Star on the Horizon

Then came a bolt from the blue. As the country was in a crisis the prophesied new avatar of the supreme ruler appeared on the horizon to save the suffering masses from the out-sourced governance with the promise of a family-mukth Bharat.

Since then, the people of the country got divided into two major groups. The majority that got fed up with the unethical and corrupt family-rule of the dynasty and consequently voted for an epic change. And the other, the family loyalists, who still clamor for the carefree days of mafia-style governance outsourced to the Italian clan, where an unworthy scion is waiting in the wings to claim his inherited position.

It is time to say goodbye to the dynasty. Time to stop the outsourcing of our nation’s governance to a foreign family. Though talent-rich – Bharat is the world’s preferred outsourcing destination for IT services since the early 1990s – it really stupefies you to realize that Bharat is the first and the only nation in the world to have outsourced the governance of the country to an entity since 1948. 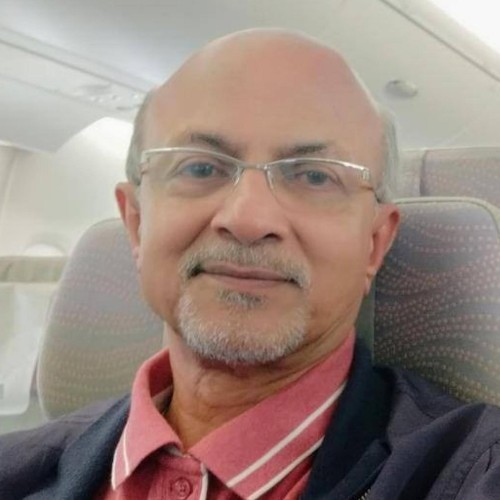 NT Unnikrishnan
A Scientist who has worked on Bharat’s space program. He has led efforts on establishing and implementing the latest technologies in mapping, GIS, Spatial Data Integration, etc in a variety of Government departments and private establishments in Bharat and abroad.