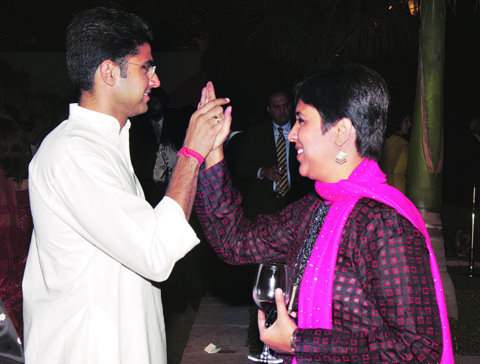 The mood in the anti-Modi camp is one of gloom and unease. Exit polls seem to be predicting a clear victory for the BJP-led NDA, and while such predictions need to be taken with a grain of salt, the mood in the Opposition camp is definitely downbeat.

The Lutyens’ gang or C-system just can’t stand the thought of another Modi term. Their carefully built ecosystem of mutual-backscratching has been significantly damaged, with several key middle-men, fixers, media elites and politicians facing unprecedented heat from law enforcement. They fear that another Modi term will be a death knell for them.

But the Lutyens’ gang is well-entrenched and knows the limit of electoral democracy. They still control the institutions where the common man & elected representatives have limited say – media, intelligentsia, judiciary and academia. So the base is being set for a multi-pronged attack on the likely electoral results on 23rd May:

1.) EVMs are flawed, can be hacked: This old allegation is again being revived, despite the Election Commission’s ‘EVM challenge‘ daring habitual whiners to demonstrate how the machines could be tampered, finding no takers. 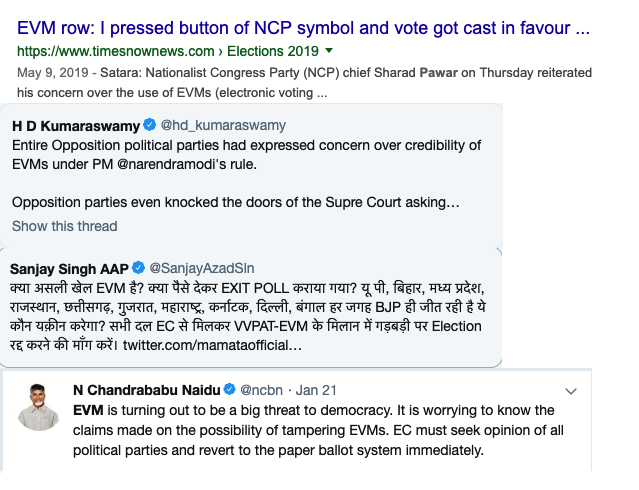 Today, there has been a synchronized campaign to plug some videos which allegedly show EVMs being transported mysteriously. Many members of the ecosystem have tweeted these videos with the cursory ‘I don’t believe in conspiracies, but…’ disclaimer. EC has come out with a clear statement calling all such allegation false as the clips being shared merely pertain to the storage or movement of Reserve unused EVMs, and has re-iterated the safety of polled EVMs and VVPATs in designated strongrooms. But for the conspiracy mongers & faux liberals, when did facts come in the way of a good Modi-bashing narrative.

In one case, an AAP-supporting person was caught peddling a fake story about EVM malfunction and election officers allegedly trying to hush it up. But before the true facts emerged, C-system journalists had already plugged it as unvarnished truth.

2.) Election Commission is working for Modi: This song is being sung in unison by everyone from top to bottom in the ecosystem. 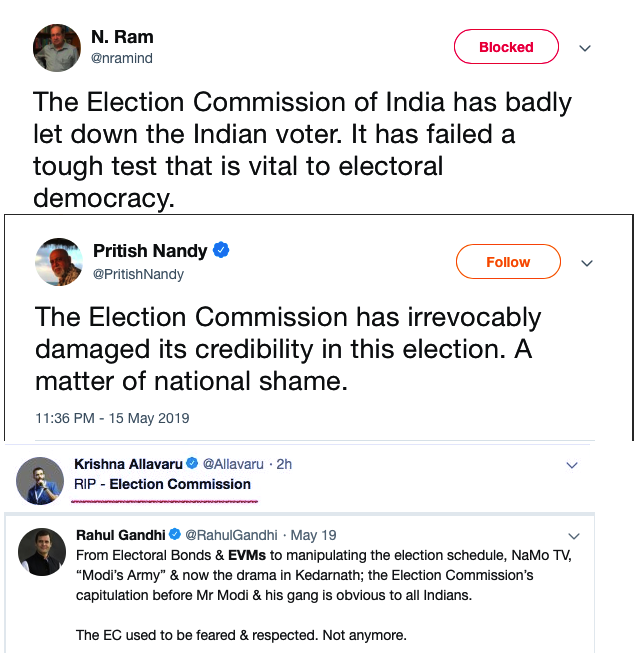 The argument goes that EC has issued several clean-chits to PM Modi over complaints that he violated the Model Code of Conduct (MCC), hence proved that EC is sold out to him! Its akin to saying that a batsmen has fixed a match because the umpire turned down all LBW appeals against him, veracity of those appeals notwithstanding.

Now, ex-IAS Ashok Lavasa, one of the 3 Election Commissioners, is the new knight in shining armor for the left-liberal gang as he has gone public with his dissent over certain EC rulings in MCC violation cases. While Lavasa has a patchy track record as an administrator, what is being ignored in the desperate race to discredit EC as a Modi-stooge is the fact that outrageous lies from likes of Rahul Gandhi such as ‘Modi stole money in Rafale deal to fill pockets of Ambani’, ‘Modi has passed a new law which allows tribals to be shot at’ etc. have not elicited strong action from EC.

EC has also failed to curb the brazen voter & opposition party intimidation in West Bengal – although it must be said that matters in WB have probably gone beyond EC’s control, and the state is in need of President’s rule for conducting free & fair elections.

3.) Modi misused official machinery: This narrative alleges that Modi misused Government officials to get constituency-specific information before his rallies, which constitutes a ‘crime’ similar to the one for which Indira Gandhi was debarred. So, who’s spreading this narrative? None other than the viscerally anti-Hindu outlets Scroll and The Wire.

And the legal knives are being sharpened to launch a PIL fusillade on these dubious grounds by FCRA-NGO fund abuse accused Indira Jaising. They are already trying to fix the vacation bench that will hear their possible appeal – it would come as no surprise if the recent sexual harassment allegation levelled against CJI Gogoi was part of the Lutyens’ game-plan to arm-twist the judiciary, similar to how ex-CJI Dipak Misra was browbeaten with impeachment threats after he refused to toe the Congress line on Ram Janmabhoomi hearing.

The Echo System is ready 2 go to court on May 23rd – JaiSingh asking who is Vacation Judge followed by wire articles – Whole idea is to de-Legitimise the sure victory of @narendramodi in one way or other – Req folks to come out in Large numbers & vote for him #IndiaVotesForNaMo pic.twitter.com/0NPdOWCUAd

One thing is sure – if the exit polls are indeed correct, Lutyens’ will screech, howl and launch a legal challenge like nothing this country has seen. Mainstream media will go into over-drive, portraying the petitioners as heroic defenders of the republic rather than the desperate frauds they really are. The stink raised on the likely election verdict will be lapped up by the usual suspects in international media like NYT, Economist etc.

Lutyens’ doesn’t care if institutions like EC and Judiciary are discredited, country plunged into instability, economy suffers – as long as they can cling on to access to power. One can only hope that the BJP has prepared for this coming threat.

If the first Modi term has taught us anything, it is this – the Lutyens’ cabal will not melt away or recede to the margins out of a sense of shame. This lot has to be ruthlessly exposed and discredited, and prosecuted under full extent of the law before their chokehold on public discourse is broken, so that the true Idea of India can emerge.