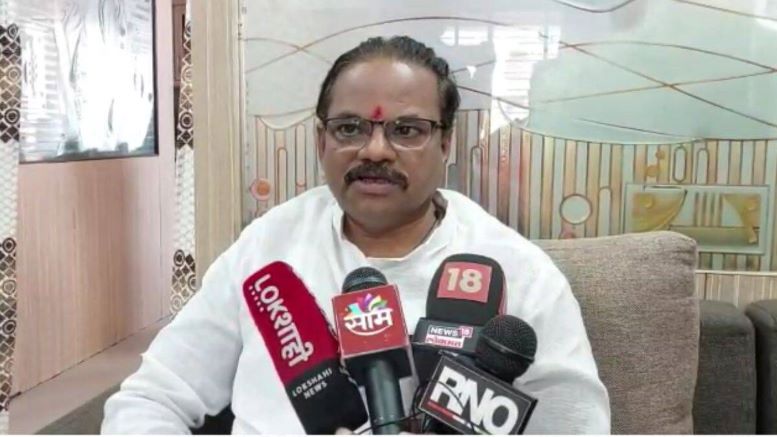 RS MP Anil Bonde has alleged that large-scale love jihad (grooming) is occurring in Amravati. He has also asked members of the Muslim community to keep control over their boys who lure and trap Hindu girls. Bonde alleged 20 cases of love jihad have come to the fore in which many girls have gone missing after marriage. He further alleged that several girls are pushed into prostitution.

He cited the latest case of love jihad from Amravati’s Dharani where a Muslim youth trapped a Hindu girl and married her. He also said there has been another case where the police have been unable to trace a girl who went missing after her wedding. He warned it doesn’t augur well if Hindu girls continue to be misled by Muslim boys.

He released a video citing the case of a recently married girl who was rescued by Bajrang Dal (BD) and Vishwa Hindu Parishad (VHP) activists recently. She married an ambulance driver and was sent back to her family after being rescued. The highly-educated Hindu girl was forcibly married by the Muslim youth who has only studied up to the ninth standard.

It has further been alleged that the girl’s permission wasn’t sought in this matter. Bonde revealed the girl’s health isn’t fine and she is undergoing treatment at the general hospital where Bonde visited her. It further came to light that the organization and lawyer who conducted the marriage are bogus.

Bonde had a message for the Hindu society. He asked Hindu girls not to fall for any inducement which may possibly destroy their lives. He said chemist Umesh Kolhe’s murderer Shaikh Irfan was also accused of love jihad. He said Irfan raped a married Hindu woman in Indore after making her unconscious using chloroform. In view of these facts, Bonde has demanded police conduct a thorough combing operation in Amravati.