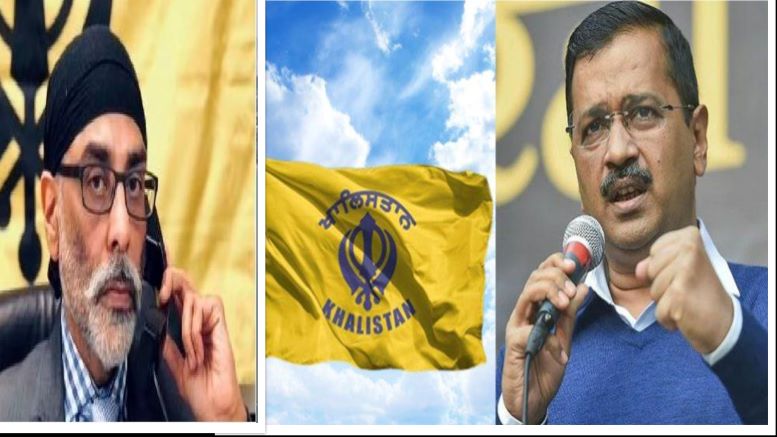 Banned Khalistani organization that funded AAP (Aam Aadmi Party) has demanded that Bhagwant Mann, who is set to be the chief minister of the state after the party’s landslide victory, permit the Khalistan referendum since it the Khalistanis who funded AAP. Banned terrorist organization Sikhs for Justice (SFJ) has sent a letter to Mann in this regard. The Head of the group Gurpatwant Singh Pannun also made a sensational claim accusing Kejriwal-led AAP of using Khalistan votes and funds to win Punjab.

OpIndia report on the matter says:

Khalistani terrorist Pannun said that it is an open secret that AAP has been heavily funded and supported by pro-Khalistan Sikhs from the USA, Canada, the UK, the EU and Australia.

The letter also says that after the previous fake letter was denounced by them, a person claiming to be Raghav Chadha had called them and offered money to declare the letter real, and in turn promised that if AAP wins, they will pass an assembly resolution supporting the Khalistan Referendum.

“Bhagwant Mann, learn from the fate of your predecessors that Khalistan is an issue between Sikhs and India, and hence we advise that AAP should not become a party to this conflict and let the people of Punjab vote in the Khalistan referendum decide the association of Punjab with India,” Pannun said…

…The Khalistani group said that Punjab Assembly Election results clearly showed that AAP had used a fake letter of support from SFJ and funding from overseas pro-Khalistan Sikhs to secure victory in Punjab, especially from rural constituencies, which account for almost 70% of the assembly seats…

…Calling the letter fake, Pannu had said, “The letter being circulated in the name of SFJ is fake. It is circulated by Bhagwant Mann and AAP. SFJ does not believe in the Indian Constitution or any political party. SFJ’s only goal is separating Punjab from India, and for that, we will do referendum voting soon. Stay away from liar AAP. I am warning Mann and Kejriwal, anyone who comes from Delhi, be it Indira, Modi or Kejriwal, they will be opposed. I urge everyone to raise the Khalistan flag from every booth on election day”.

In this context, it is worth recalling that Kumar Vishwas, former member and top leader of the Party, had said that Kejriwal was engaging with Khalistanis to fulfill his political ambitions.

“Today also he (Kejriwal) is on the same path…or he will place some puppet (on the CM post). He told me such terrifying things, which many in Punjab know…he told me one day ‘don’t worry, I will one day become the CM of an independent suba (region)’. I said this is sedition. ISI and other separatist groups are funding and preparing for (Khalistani) Referendum 2020. Kejriwal replied, ‘so what, then I will become the first PM of an independent nation’. This man’s thought process is such that he doesn’t care about separatism etc, he just wants power at any cost”, Kumar had quoted Kejriwal as saying.

The claims by Khalistani terrorist Pannu in addition to revealing the nexus between Kejriwal’s party and secessionist terrorists show that the SFJ and Khalistanis who funded the party now want to extract their pound of flesh. In a border state like Punjab, this doesn’t augur well for the safety and security of the both the state and the country.