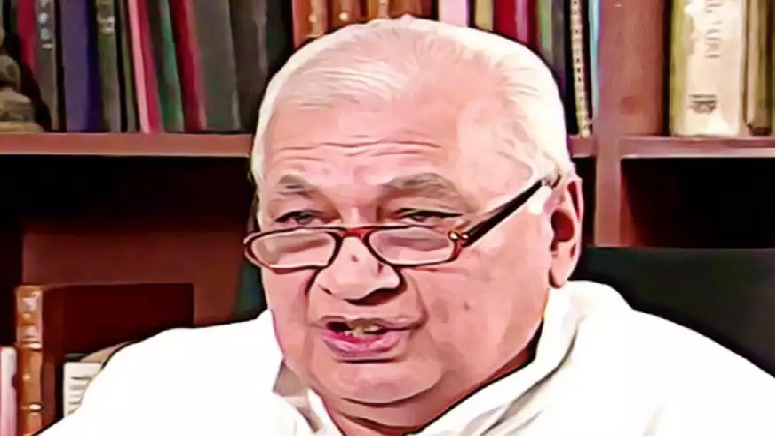 Hours after Kerala Chief Minister broke his silence and slammed Governor Arif Mohammed Khan over his various statements, the latter on Saturday hit back saying that it is good that the chief minister has stopped playing the game from behind the curtain.

“I welcome his (Vijayan) statement, so he does not play the game behind the curtain,” said Khan to the media.

Not the one to relent, Khan went on to say that three years back while attending the Indian History Congress at Kannur, there was an attempt on his life.

“The shirt of my ADC was torn. Ask any lawyer if it was a cognisable offence and it means the police can act on its own and register a case, as the President and Governor cannot be intimidated. This invites a jail term of seven years and a fine. Who prevented a case to be registered and who is the Home Minister,” asked a peeved Khan.

Currently, Vijayan holds the Home portfolio in the state.

“I have definite information that there was a conspiracy to attack me . The Kannur vice chancellor was used to ensure that I am present in the venue,” added Khan.

Khan then said that either tomorrow or day after he will make public all the letters that the CM has written to him about the Universities.

“In these letters he has assured me there will be no government interference in Universities and now see what they have done. I will not allow any sort of erosion in it,” added Khan.

He also pointed out that the chief minister never discusses things and even when he calls him, Vijayan does not call back.

On Friday night, Vijayan slammed Khan by stating that his statement does not befit the position he holds. How can anyone say this? All what he said is baseless. This is utter nonsense,” said Vijayan.

Khan, for a while, has been going hammer and tongs against Vijayan, especially in the way his private secretary’s wife got a teaching job at the Kannur University. He went to the extent of saying that this appointment would not have been possible without the knowledge of the Chief Minister.

Khan has been putting road blocks before the Vijayan government when he refused to sign the re-promulgation of 11 Ordinances, forcing the state cabinet to call a special 10-day Assembly session to pass the tweaked Lokayukta Bill and one concerning the Universities, among others.

As Khan said he is not a rubber stamp, but when this question was posed to Vijayan, he brushed aside it, saying: “These are all Constitutional issues and will go forward as always.”

On these issues, Khan on Saturday said on the University issues he will not allow any erosion of values and with regards on the LokAyukta Bill, he will have to look into it.

Meanwhile, the newly elected Speaker of the Kerala Legislative assembly A.M.Shamseer said that he is optimistic that all the issues between the two Constitutional posts will be resolved.