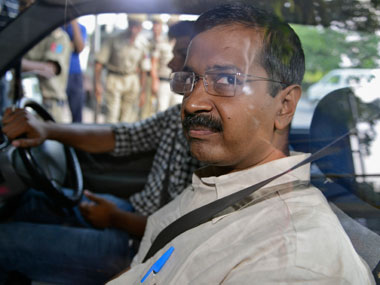 A person from humble origins belonging to a socially backward community rising to the top of the political system in a vast & diverse democracy would normally be a feat that gets universal applause, even if it’s of the grudging variety from political rivals.

Bharat’s current PM, Narendra Damodardas Modi, has performed this feat – here is a man born into a poor family from the EBC (Extremely Backward Caste) Ghanchi community,  who used to help his father run a tea stall after school, who wandered the country almost as a monk for 2 years before deciding to stay single and devote his life serving the nation, who started at the bottom and worked his way up the organizational ladder of the world’s largest volunteer organization (RSS), who faced an orchestrated vilification campaign by media, rival politicians, academia, civil society – all belonging to the secular/liberal camp – to demonize and denigrate him at every turn…he overcame all this to emerge triumphant and lead the first full majority government in New Delhi after almost 30 years. Still the level of abuse and vilification directed at Modi has not dimmed one bit. And CM of Delhi, Arvind Kejriwal, has been leading the ‘Abuse Modi’ brigade since May 2014.

Kejriwal’s latest fusillade at Modi is that the PM has faked his educational degrees (BA and MA in political science obtained through distance-education). The BJP party has released the PM’s degree certificates to try and put this manufactured controversy to rest, but of course the AAP party is still claiming that the degrees are forged. This OpIndia piece shows the series of lies AAP has propagated about the fake degree controversy.

This is not the first instance where Kejriwal has vilified Modi –

Modi is a coward and a psycopath

Never before in the history of Independent India any Indian govt knelt before Pak as Modi govt has pic.twitter.com/bAzI0ur1pi

Is this hatred targeted towards Modi because he belongs to BJP – the fountainhead of ‘communal, fascist’ politics if one were to believe our secular liberal outrage brigade (SLOBs)? No. Other senior leaders from BJP like AB Vajpayee, Jaswant Singh, Arun Jaitley, Sushma Swaraj, Rajnath Singh, Shivraj Singh Chouhan, Vasundhara Raje, Arun Shourie..even the much reviled Lal Krishna Advani have never been abused in this manner, even by those fiercely opposed to BJP & RSS ideology. Which tells us that Modiphobia is unique and driven by two factors – (1) Modi’s humble origins and underprivileged social background; (2) The way he has been able to politically unite a large cross section of Hindu society.

There is a messiah complex within certain sections of English educated & privileged Bharatiyas, who consider themselves as the saviors of our teeming masses struggling with poverty and social backwardness. This elite section of society – who tend to be mostly Marxist, secular, or liberal in their outlook – strongly believe they know what is best for those below them on the social ladder. They cannot tolerate someone from an underprivileged background who has a voice of his/her own & doesn’t bow down to their ‘intellectual superiority’. The trend-setter of this line of thinking was Jawaharlal Nehru, who’s contempt for the Hindus, that he was chosen to represent by Mohandas Gandhi, was apparent in his actions –

The Nehruvian contempt for the teeming masses of Bharat was carried forward by his dynasty – Indira Gandhi, Rajiv Gandhi, Sonia Gandhi, and Rahul Gandhi have all excelled at playing the savior of the poor & oppressed, all the while formulating disastrous socio-economic policies that have perpetuated the very same poverty they claim to fight. And the corruption that was witnessed as a trickle during Nehru’s time has turned into naked loot in the Sonia Gandhi era. The only reason that certain backward-class leaders like Laloo, Deve Gowda, Mulayam, Sushilkumar Shinde are accepted by our Westernized liberal elites is because all these leaders accept the suzerainty of Sonia Gandhi and her clan at Delhi – they are all granted their little personal fiefdoms as long as they stay subservient to their ‘intellectual superiors’.

Narendra Modi challenges this paradigm, and hence he is the object of hate for our English speaking secular-liberal elites who can barely hide their consternation that this man without the right social or educational pedigree is daring to upset their cozy Nehruvian consensus, and is actually succeeding at uniting Hindus – including Dalits and tribals! -on the political front. Kejriwal understands this, and is hence riding the wave that he knows any abuse & allegation hurled at Modi will garner in the 24×7 news cycle – he believes that targeting Modi helps him stay in national news & consciousness, which is critical for his 2019 Lok Sabha ambitions to emerge as a possible consensus PM candidate of the anti-Modi front. Unlike other non-BJP & non-Congress CMs like K Chandrasekhar Rao and Naveen  Patnaik who are quietly engaged in governing states far larger than Delhi, Kejriwal craves the national stage & limelight – the mundane governance challenges of Delhi come a distant second on his priority list.

Kejriwal also understands that he needs the support of the establishment elites who control media, academia & influential NGOs – and hence Sonia Gandhi is never the target of the mud-slinging politics he specializes in. As a much heralded anti-corruption agitator, one would have expected him to applaud the unraveling corruption scams involving a big leader like Sonia Gandhi  such as Augsta Westland, National Herald, Vadragate etc., but instead he is busy castigating Modi for “lacking guts to arrest Sonia”! But what Kejriwal is failing to realize is that the mass media he is banking on to stay nationally relevant is today widely reviled as a corrupt, untrustworthy medium – a media favorite is not necessarily the nation’s favorite.