Karnataka Elections Could Have Widespread Ramifications 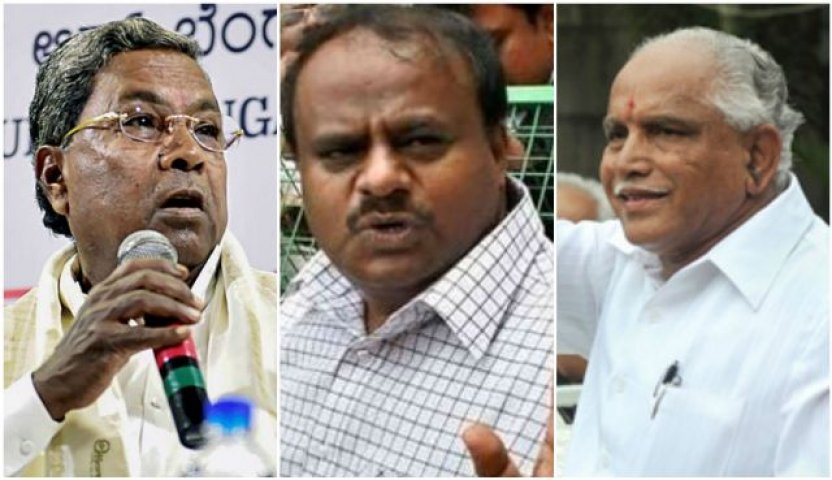 Did the Modi-Shah combine’s over aggression put paid to their hopes of not only forming a government in Karnataka, but also impacted the party’s image? Had the BJP leadership acted calmly and allowed the Congress-JD(S) post poll alliance to form the government, could they have earned the goodwill of the masses and also played on the inherent differences of the alliance which could have broken apart on its own?

But in the face of the Modi-Shah onslaught, the Congress & JD(S) have glued together to keep the BJP out of Karnataka, and this could have a cascading effect in other States in unifying the opposition parties inspite of their strong differences.

Arch rivals BSP & SP have already shown signs of rapprochement and this could solidify the opposition vote in the crucial state of UP where the BJP got 72 seats out of 80 in 2014. With crucial allies leaving BJP in the West & South (Shiv Sena & Chandra Babu Naidu’s TDP) the task is cut out for the party ahead of the 2019 general elections. With the BJP having nothing to show for in the allies column except for the Akalis in Punjab & new found ally Nitish in Bihar, it will have to get the majority of the seats on its own to get to the magic figure in the 2019 Lok Sabha.

The BJP’s Congress-mukt Bharat endeavour has been halted for the moment and with assembly elections in Rajasthan, Madhya Pradesh & Chattisgarh round the corner, the party seems to have its hands full before the big fight in 2019. These three states have BJP governments & the results will be a referendum on their performances, apart from providing an insight into the voter’s mood ahead of 2019.

BJP’s southern push has been halted for the time being and its best bet to garner votes & seats still lies in the Hindi heartland. If the opposition unity holds & arch rivals like SP & BSP come together to fight the BJP, then the latter would do well to retain even half of the 72 seats they won in 2014 in UP. But the opposition’s chance of success lies in their coming together and setting aside their egos, ideologies & personal ambitions ahead of 2019.

This seemed  improbable till the BSP-SP alliance for the UP bye-election & the recent Congress-JD(S) alliance which held firm in the midst of alleged inducements from the opposite camp. However, there is a lot of difference between allying for a State election and forging a grand opposition alliance for the general election in 2019. If the opposition parties can achieve that, they will give the Modi-Shah combine a run for their money.

The 2019 election promises to be a pot boiler having all the ingredients of a Bollywood blockbuster with a lot of animosity & enmity thrown in & if the Karnataka election is any indicator, we are in for a real slugfest and a no holds barred campaign.

With the opposition tasting victory in the Rajasthan, UP & Bihar bye-elections, the Karnataka victory will act as a catalyst and strengthen their resolve to make it 1 against all in 2019. But will the Bharatiya voter repose any confidence in an opportunistic opposition alliance driven by the sole objective of oustering Modi remains to be seen.