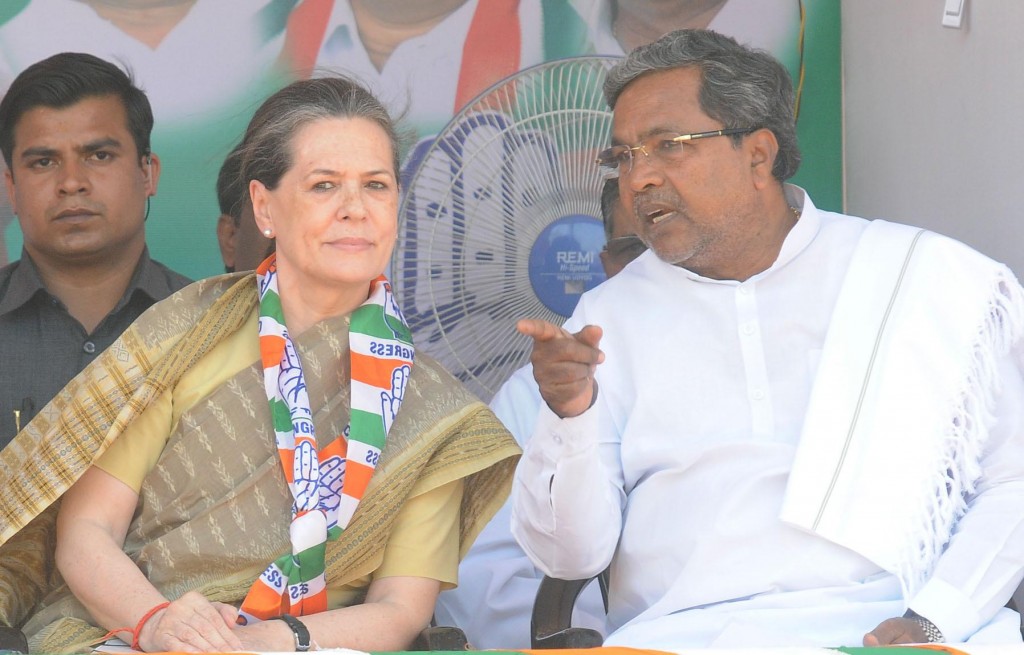 The income tax department has detected undisclosed assets worth over Rs. 162 crore and seized Rs. 41 lakh cash, besides over a dozen kilogram in gold and jewellery during searches on the premises of a Karnataka minister and state Mahila Congress chief.

Officials said the department has also got inputs about a number of ‘benami’ assets and ‘unexplained investments’ during the searches at the premises of small scale industries minister Ramesh L. Jarkiholi and Mahila Congress president Laxmi R Hebbalkar in Gokak, Belgaum and Bengaluru last week.

The searches followed allegations of tax evasion. Both Jarkiholi and Hebbalkar were not available for comments. “The searches led to the admission of undisclosed income of Rs 162.06 crore and unexplained cash amounting to Rs 41 lakh, besides 12.8 kg gold and jewellery. Many people who had large incomes and investments were found not to be filing I-T returns and the probe in the case is going on,” they said.

The searches, they said, were launched on 19 January to probe allegations of tax evasion in the sugar business apparently run by groups associated with the duo. The investigators, official said, found “huge unexplained cash deposits” had been made in the bank accounts of their family members and associates, and in benami names in primary cooperative societies which were transferred to business entities engaged in sugar manufacturing.

“It was also detected that non-existent persons have been made share holders and investors in one of the sugar companies. Evidences of creation of bogus assets and siphoning off money from the company through various concerns engaged in turn-key projects for setting up sugar factories have also been gathered,” they said.

The IT department official said, entry operators, people who facilitate in hawala-like transactions, were involved in making huge deposits in banks which were routed through various intermediaries to escape the tax net. The department has also issued summonses to a number of people allegedly involved in the case to take the probe forward, they said.

No Outrage Over Continued Congress Corruption

In Dec 2016, IT sleuths had unearthed around Rs 150 crore in unaccounted property and cash – Rs 5.7 crore was in new notes of Rs 2,000 – at the palatial residences of two state government engineers, Chikkarayappa and SC Jayachandra, considered close to PWD minister Dr HC Mahadevappa and CM Siddaramaiah. The two engineers landed plum posts in the government despite  previous charges of corruption against them. The arrests had sparked some rare introspection in the grand old party, with veteran Congress leader and former Union minister B Janardhana Poojary expressing anguish over the arrests, “Who is their big boss? It could even be the chief minister himself.“

Allegations of conflict of interest were also levelled against the CM after a private diagnostic firm, Matrix Imaging Solutions Pvt Ltd, in which his son Yathindra was a director, bagged a tender to establish a lab at Bangalore Medical College Research Institute. There was also an uproar over a Hublot wristwatch worth Rs 70 lakhs worn by the CM, a self-proclaimed socialist.

There have been serious charges of harassment by Karnataka Congress leaders like ex-Home Minister KJ George and Labor Minister PT Parameshwar Naik which caused the suicide of 2 senior police officers and resignation of 1 lady officer. Law & order has witnessed a sharp deterioration with attacks on women and targeting of Hindu activists by jehadis becoming common place.

But despite all this, the Siddaramaiah regime which is fully backed by Sonia Gandhi’s High Command, has escaped scrutiny by media. This is in sharp contrast to the way BS Yedyurappa was hounded day and night for corruption allegations during his stormy 3 year CM term. At that time, the Governor of Karnataka HR Bhardwaj (an old Nehru-Gandhi loyalist) had turned Raj Bhavan into a virtual Congress officer, acting as the brazen facilitator of the ‘secular’ attack on the first ‘communal’ Government in South Bharat. Quiescent BJP Delhi leaders had also played their part in the hounding of BSY.

In Dec 2016, an India Today investigation had exposed Congress leader Tariq Siddiqui, sitting in AICC Headquarters in New Delhi, as willing to launder black money into white for a commission, after demonetization. Senior leaders of SP, NCP, BSP and JDU were also found to be playing touts for the illegal currency trade right in the heart of the national capital.

That corruption is integral to ‘secular’ politics is a hard fact, but the issue hardly ever gets highlighted. Media and our intelligentsia prefer to tar all politicians with the corruption brush, and take special pleasure in highlighting any corruption allegation against BJP leaders. The goal is to ensure that BJP doesn’t get credit for running cleaner, less nepotistic and more efficient Governments than their ‘secular’ adversaries like Congress, SP, NCP, TMC etc.

Many Hindus too get taken in by this ‘hamam mein sab nange hain‘ (loosely translated as ‘all parties are naked in the political arena’) line immortalized by the Lutyens’ journalist Rajdeep Sardesai. But any objective analysis will show that BJP leaders on average are less susceptible to corruption and BJP Governments offer better governance, compared to ‘secular’ politicians. The reasons for this are not hard to fathom – 1.) BJP has no captive caste or minority votebank, and hence has to abide by the ‘perform or perish’ mantra to a greater degree 2.) The RSS roots of BJP ensure that it regularly gets seeded with leaders from humble backgrounds (ML Khattar, Shivraj Singh Chouhan, Modi etc) who are committed to nationalist ideology.

The very fact that corruption is no longer a headline issue, unlike the UPA-2 term when scams were breaking every other day, shows the marked improvement in governance. Media bias is exposed by the way most of their shrill criticism of Modi sarkar revolves around intangibles like freedom of expression or alleged oppression of minorities and backwards, and not core governance issues.

The harsh reality for the aam admi of Bharat is that Congress and their ‘secular’ clones  offer nothing but corruption, nepotistic and shoddy governance devoid of any larger vision.