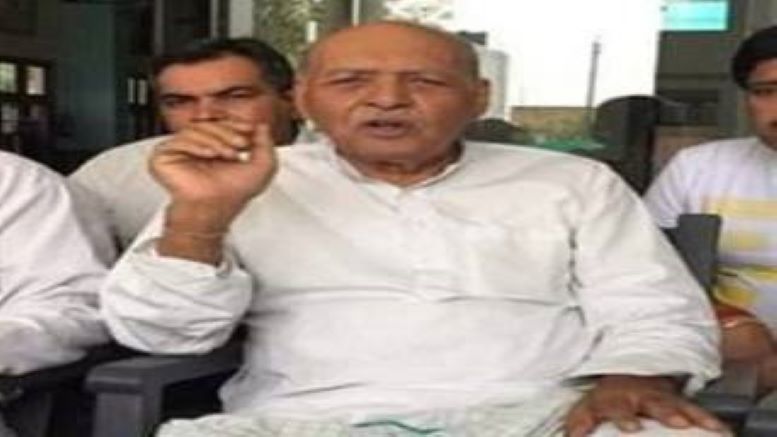 Farmer leader Hawa Singh Sangwan while speaking at the farmer’s rally on February 8 had announced his decision to convert to Sikhism on 21 April, the birth anniversary of Dhannamal along with 250-300 followers. Sangwan even insinuated that Hindu dharma was not a religion while adding that people should convert out of Hindu dharma and adopt Sikhism.

Sangwan who is a retired CRPF officer also said that the central government wasn’t paying heed to the demands of farmers who have been ‘peacefully’ agitating for the last couple of months. He told the crowd gathered at the Tikri border that the farmers will not stop agitating till their demands are met.

Sangwan also called for the withdrawal of cases filed against those involved in the Red Fort violence on Republic Day. He also opined that they needed a new strategy as the central government wasn’t paying heed to their demands and continued to remain stubborn.

Sangwan has been at the forefront of demanding reservations for Jats and even led the agitation for the same in April 2011 in Haryana. He even claimed that he had attempted to save the disputed Babri site when he was posted in Ayodhya in 1990 during Senior BJP leader Lal Krishna Advan’s Rath Yatra (Chariot rally).

It must be mentioned here that Hawa Singh Sangwan was arrested by the Gurugram police in July last year for hurting the sentiments of the Ahir community. He had reportedly made derogatory remarks on his social media page about Hutatma Rao Tula Ram and the Ahir community for which he was booked under IPC Sections 153A and 505(2). Subsequently, Sangwan deleted the post and issued an apology but he did have to face the law.

Such Hindumisic/Hindudveshi rants are to be expected from Sangwan who is a known Congress supporter and it is a well-known fact that Congress harbors a deep-seated hatred for Hindu Dharma. That said, the farmers’ protest has turned into a free-for-all Hindumisia stage with Hindu dharma being attacked left, right and centre for no rhyme and reason. On second thoughts, maybe that was the agenda all along and post-CAA, farmer agitations became the platform for Hindudveshis like Sangwan.

First, it was Rakesh Tikait who had used the farmer protest stage to peddle his casteist and Hindudveshi agenda. Spewing venom against Pandits (temple priests), he had complained about none of the temples coming forward to provide tea to the protesting alleged farmers.

Former cricketer Yuvraj Singh’s father Yograj Singh also went on an anti-Hindu and anti-women rant while speaking in support of protesting farmers. Harsimrat Kaur Badal also tried to peddle the pro-Khalistani agenda when she attempted to use farmer protests for Hindus Vs Sikhs during her speech in Loksabha justifying Khalistani violence during Republic Day.

Sangwan’s speech ought to be seen as a continuity of Hindu hatred spewed continuously during the ongoing farmer agitations. By attacking Hindu dharma, again and again, so-called farmers and their leaders are only exposing their true Hindudveshi agenda. It is amply clear that these protests have very little to do with farm laws and Sangwan has only taken it a step further.