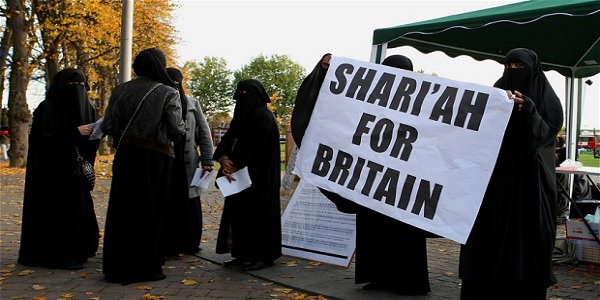 Recent discussions about the prevalence of the phenomenon of Islamophobia place most in a quandary. Despite repeated assertions by many that it prevails and requires action to combat, hardly any clarity is evident as to what Islamophobia actually entails. Those concerned with the rampant spread of Islamophobia need to provide an unambiguous and systematic outline of what it means in practice.

Such a cogent definition of Islamophobia will allow individuals to take corrective action of their own in case they are engaged in it unthinkingly. However, without fully fledged elaboration, there is a danger that many people will feel guilty but not know how to overcome the Islamophobia they may be guilty of engaging in inadvertently.

Those who will undertake the urgent task of carefully defining Islamophobia might wish to take into account some questions that occur to thoughtful people who wish to understand the phenomenon. Since the supposed spread of Islamophobia is considered to be recent, or at least to have worsened lately, one must consider why it has happened.

Of course one ignores, for the present, the widespread hostile comment about Islam by some of the world’s greatest thinkers, from Voltaire to Carlyle that may be a contributory backdrop to contemporary Islamophobia and the need to expunge them from their published works. However, it may be reasonably surmised that those ignorant about Islam are assuredly influenced by the media and the Internet since these are the principal sources of information today. These must, in principle, be subject to monitoring, by knowledgeable Islamic authorities, censored and sanctioned for lapses to agreed norms of reporting.

It is imperative to understand what kind of information and news turns otherwise reasonable people to become Islamophobic and the need to curtail their reportage. The British media, led by the ever-thoughtful BBC, though not all outlets, have taken an honourable and wise decision to report that the shocking large-scale grooming and rape evident are being committed by ‘Asians’. However, it has proved impossible to prevent leakage of the reality that virtually every single perpetrator is Muslim and some of them have even asserted they committed these acts because they regard white women as sluts. Such incendiary news must be censored if the good name of Islam is not to be tarnished simply because the religious upbringing of some encourages such a negative view of underage white girls.

However, the full extent of sanitisation advisable to curb Islamophobia is given helpful indication by the recent persecution, with loss of employment and death threats, of internationally acclaimed, Michelin star chef, Atul Kochhar. He had foolishly repeated the widely held consensus that the Islamic conquest of Bharat was ‘terrorism’ in its violence, as all conquests are apt to be. Thus, unmediated discussion of Islamic history that might point to any negative consequences (like erasure of the city of Constantinople and possibly ISIS enslavements and beheadings) is also potentially off-limits.

There is urgent need to impose a blanket news ban on other misfortunes like bombings by misguided Muslims that kill and maim large numbers of innocent civilians, if the impulse to blame Islam for heinous terrorism is to be curbed. Otherwise, there may be an unstoppable instinct to move away when a bearded man, wearing tradition Islamic garb, sits next to a fellow train passenger and is exercising his right to read the Koran while travelling. In the same vein, reporting of gruesome beheadings and the murder of men and the old and enslavement of their younger womenfolks, approved and encouraged by Islamic authorities abroad, cannot be publicised under any circumstances.

In addition, public demonstrations that end in insults to the coffins of dead soldiers being brought home to rest, in a place like Royal Wootton Bassett, permitted by the exercise of freedom to protest, should simply be ignored. This will be advisable because many will find such forms of protest provocative without understanding the imperatives of freedom of expression in Britain. The same understanding is required of FGM, which, thankfully, the authorities, in their infinite wisdom, have quietly acquiesced in and avoided the ugly spectacle of prosecutions that might lead to gory discussions of the medical horrors victims of FGM experience.

Muslims will be also need to be wary because irresponsible reporting in the social media age is difficult to contain. They should strive to find more discreet ways of executing some imperatives of their faith, like the mutual hatreds between Sunnis and Shias and also establish whose version of Islamic history is deemed legitimate since this is a fraught subject that provokes much bloodshed. There must also be acceptance by the authorities of their shared abhorrence of Ahmadiyyas, who provocatively claim they are Muslim when it is forbidden in Muslim countries. And the authorities must share some of the blame for allowing this allegedly innocuous group to flaunt their illegitimate claim to Islamic identity that is simply prohibited.

But Muslims are to be congratulated for effectively suspending injunctions of their faith to slay or convert polytheists though the latter ought to exercise more discretion and find less provocative ways of celebrating their traditional events. Similar cause for discretion is advisable on issues like forced marriages and honour killings, which come to be associated with Islam and the authorities are imprudently making it an issue when understanding and gentle counselling, rather than the criminal law, would be appropriate.

It is necessary state with utmost clarity that freedom of expression is not an open-ended right, even to criticise ideas expressed in books and religious scriptures. Whether restrictions should be imposed on Islamophobia alone or extended to all recognised faiths remains a moot question. The era that began painfully in the Renaissance and gathered momentum during the European Enlightenment to enshrine freedom of expression in statute and practice is now over in an age when everyone’s victimhood is centre stage and cannot be ignored.

However, while Islamophobia might be mitigated by constant and extensive educational programmes and curbs on the media, any personal aggression towards an individual Muslim must be punishable by criminal statute, which is indeed the case already. Whether Islamophobia should be subject to criminal sanction, as it is in all Islamic countries, deserves serious reflection and a Royal Commission might be appropriate to address the matter with earnest conviction.

The issue of defining Islamophobia, raised at the outset, is a task that must be undertaken by respected Islamic authorities and mere assertions of well-meaning but unqualified non-Muslim politicians on the subject cannot suffice. Many centuries of scholarship underpin Islamic scriptures and practices and the Koran, Hadith and Sunnah and cannot be taken lightly. It is the duty of everyone concerned to overcome the menace of Islamophobia to undertake serious study of Islamic scriptures and history to avoid its pitfalls. It is essential for them to understand that every syllable of the Koran is inviolable and nothing in the Hadith or Sunnah can be challenged without causing profound offence to Muslims.

But Islamic scholars might wish to enlighten us all on issues that ignorant people, imbued with the excesses of a liberal upbringing, find unfathomable. The scholars need to enlighten everyone on the rationale of Islamic criminal law that prescribes capital punishment, through beheadings, for apostates, stoning to death of adulterers and severing of limbs for theft. It is also necessary for those who wish to banish the obscenity of Islamophobia to also take thoughtful cognisance of the divinely mandated legitimacy of beating disobedient wives and treating kuffar polytheists, refusing to acknowledge the supremacy of Allah over all faiths, with the harshness merited by Divine approbation.

This article first appeared at IndiaFacts.org and has been reproduced here with author’s permission.