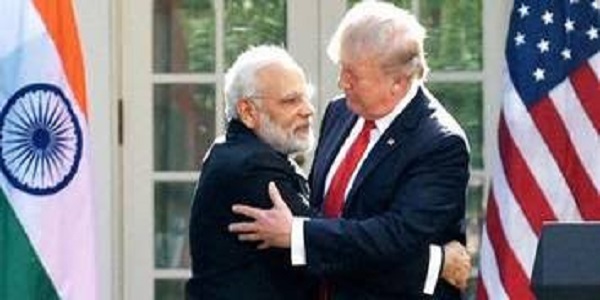 In a letter to the the US President, Senators Chris Van Hollen, Todd Young, Ben Cardin and Lindsay Graham said that with each passing day the situation for the people of Kashmir is becoming “increasingly difficult therefore, we ask that you call upon PM Modi to fully restore telecommunications and internet services, lift the lockdown and curfew, and release Kashmiris detained pursuant to Bharat’s revocation of Article 370”.

This statement apart from reflecting the general bias of the Senators also put in perspective their lack of knowledge about the ground reality prevailing in the state of Jammu & Kashmir, and in particular the Kashmir valley. Post revocation of Article 370, there has not been a single terrorist incident in the valley and for that if some curbs or restrictions on telecom services are imposed for the security of the residents, it should not be anyone’s issue.

But perhaps the US Senators were or are still expecting the situation to flare up in Kashmir and for some loss of lives to happen so that they could or can rake up the familiar human rights bogey to undermine Bharat.

A peaceful Kashmir is a lump in the throat of the pro-Pakistan Senator lobby in America apart from some self styled human right activists who turn a blind eye to the human excesses committed by its own army across the world but smell a rat every time there is a small incident in the developing world.

Another US Senator Bob Casey in a clear case of meddling in the internal affairs of another country said “Bharat’s changes to the status of Jammu & Kashmir were a drastic shift from decades of policy and precedence”. What he intentionally forgot to mention was that for decades Kashmir was burning because of his own country’s preposterous decision to militarise and arm a terrorist state like Pakistan with lethal weapons and money which were used against Bharat for promoting terrorist activities in the valley all these decades.

America’s cloak and dagger policy in Afghanistan and Pakistan has failed to stabilize Afghanistan even after 18 years of US presence. As this story is being written, Taliban bombers have killed 48 innocent Afghanis and injured dozens just ahead of the Afghan elections. This incident epitomizes the mess that the US has created in Afghanistan but Bob Casey, who is so upset about the change of status quo in Kashmir, will not utter a word on this American blunder which is taking innocent lives everyday.

America’s main ally in the region all these years , Pakistan has turned into a rogue and terror nation which breeds and breds hard core terrorists. America, which remained indifferent to terrorism faced by Bharat from across the borders because of US aid being diverted towards raising terror networks against Bharat, got a taste of its own medicine when 9/11 happened and the frankenstein monster came home to shake the oldest democracy out of its hypocrisy and complacency.

It must have been appaling and embarrassing for the Americans to find and hunt down Osama in Abbotabad Pakistan, a country which US banked and counted upon. Obviously, the US senators including Bob Casey were suffering from selective amnesia or were too ashamed to talk about their country’s foreign policy guffaws which has resulted in a loss of half a lakh people in Kashmir.

Contrary to this anti-Bharat rant by a few policy makers from the US, the President of America in an unprecedented move has chosen to join our Prime Minister when he addresses approximately 50,000 Bharatiya Americans on his forthcoming visit to the US. This shows the clout of Bharat, apart from the popularity of our PM and is a big slap to Senators like Casey and others who are oblivious to the plight of the Baluchis, muhajirs and minorities in Pakistan but keep on blowing the human rights record in, what is now, a peaceful Jammu & Kashmir.

The US President has wisely side stepped from this ludicrous cacophony by the pro Pakistani lobby as he approaches an election year and is hoping to piggyback on Modi’s popularity as he seeks a second term next year.

‘Howdy Modi’, as the event is being billed, is bound to be a huge success given the tremendous popularity of our PM across the globe and in America. It will be a strong message for the anti-Bharat lobby in America and throw a spanner in their attempts to assuage pro-Pakistan sentiments.

Modi is sure to raise issues of atrocities, ethnic cleansing and forcible conversions being carried out against Baluchis, Sikhs, Hindus and other minorities in Pakistan when he addresses the Bharatiya Americans and also during his address to the UN General Assembly.

This will expose Pakistan further, apart from muting and shaming the pro-Pakistani lobby in America which keeps on raising the human rights bogey in Kashmir. It will be interesting to hear their views on the actual human rights violations happening in their own country.