Human rights organization Hindu Samhati has been working for the oppressed Hindus of West Bengal for around 9 years now. Earlier the communists and now the Mamata regime, both have turned a blind eye to the rampant persecution of Hindus at hands of hardline Islamists due to votebank politics. It is in such a grim scenario, and in the face of media apathy both at state and national level, that Hindu Samhati has organized Hindus at grass-roots level to fight for their rights.

Organizations like Hindu Samhati are branded as ‘communal & trouble-makers’ by the prevailing secular-liberal narrative setters – and hence the real story of what this organization has done for the hapless Hindus of West Bengal remains hidden. In this article, we will present just one instance of how Hindu Samhati helped a poor Hindu family of West Bengal – we leave it to the reader to decide if their cause is just or not.

Ram Ghoroi of Nandigram (Midanpore East) became Rumzan Ali in Maharashtra with the influence of local crooks Samirul, Sufiyan, Taher & others. After his return, Ghoroi (nor Rumzan Ali) & his Muslim friends tortured & threatened Ram Ghoroi’s parents & the rest of his family members. They tried their best to convert the entire family to Islam.

The converted Ram Ghoroi even abandoned his Hindu wife and two children, and got married to a Muslim woman. He told his parents & wife that he would only support them if they accepted Islam. The confused and frightened family members knocked all doors – letters to both central & state Governments  were of no help – and ultimately reached Hindu Samhati.

Since then, the family has been given refuge by Hindu Samhati who ensured their physical safety as well. Recently, Hindu Samhati organized the marriage of Putul, Ghoroi’s sister. Hindu Samhati founder Tapan Da personally ensured that a suitable groom was found for Putul – the girl calls Tapan da ‘Daadu’ (grand-father). The marriage ceremony took place in the humble home of Tapan Ghosh – some photos below: 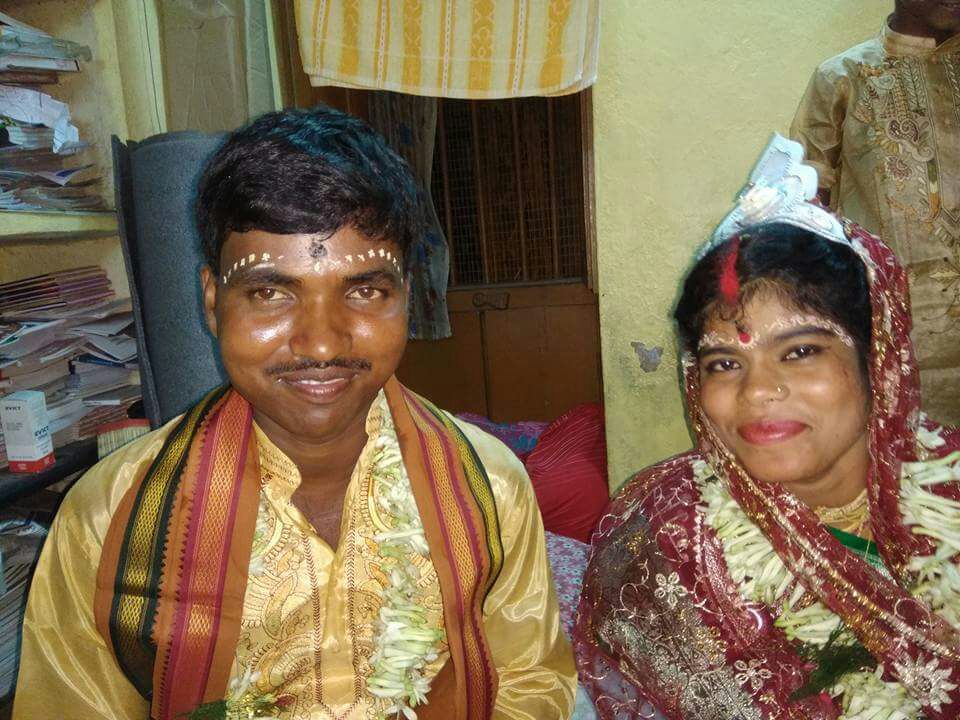 This is Tapan Ghosh da’s and Hindu Samhati’s consistent commitment for poor & deprived Hindus –  there are many such families that have received legal, financial and tangible support from Hindu Samhati despite the organization’s shoestring budget, harassment of the WB administration, and ever-present threat from Islamists.

We would also like to remind readers that it was Hindu Samhati which organized a legal defense for the 17-year-old minor jailed by West Bengal police (in violation of Juvenile Justice Act) for his alleged role in triggering the Baduria-Basirhat riot.

Interested readers who wish to contribute to Hindu Samhati in their mission to safeguard the rights of Hindus can donate money at hindusamhati.net/donate: