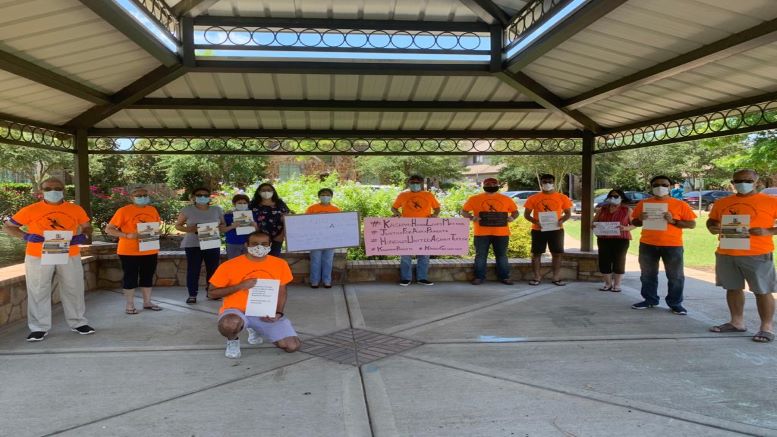 The brutal murder of sarpanch Ajay Pandita has united Hindus across the country and the globe as people came out in numbers to register their protest. While Kashmiri Pandits held a protest rally against the barbaric Islamic terrorism in Jammu, several Hindus led by BJP leader Kapil Mishra registered their protest by participating in placard protests and running Twitter trends.

We unite today to raise an alarm against Islamist terror in Kashmir. For 30 years, leftists, so called intellectuals and media have remained silent on ethnic cleansing of Kashmiri Pandits. We demand justice for Ajay Pandita and thousands of martyrs. #HindusUnitedAgainstTerror pic.twitter.com/ZcIi6FM2NK

Hindu persecution by both Islamic Jihadists and Christian Evangelicals has been going on for centuries. However, the Hindu genocide is neither talked about nor finds a place in any history textbook. Hindus themselves have never spoken about these killings that have taken place before independence at the hands of invaders and colonists and continue to this day. Hindus seem to have been persona non-grata to date but have now awakened to stand united against terror and show the world that ‘Hindu lives matter’ too.

As per reports the hashtag ‘Hindus united against terror’ was the second topmost trend the world over. ‘Stop killing Hindus’  and ‘Hindu lives matter’ were the other two trends which saw tremendous Hindu participation.

Not just Ajay Pandita. Stand up for Bandhu Pal and his lovely family, the Palghar sadhus, Rituparna Pegu, Ankit Sharma, Chandan Gupta, Prashanth Poojary, Ramalingam and hundreds of others butchered in their own land. #HinduUnitedAgainstTerror pic.twitter.com/KO2SWl9bZs

These protests brought Hindus, rich and poor, those within Bharat and outside it, together on a single platform to give voice to their anguish. An awakening seems to have come about in Hindus who have borne all the atrocities against them silently for a long time.