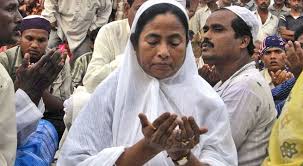 The Hon’ble Governor of the State of West Bengal

With due respect we wish to draw your attention to the under mentioned points:

It has been observed that day by day the state of West Bengal has been becoming a free field of the Jehadi forces, with the tacit and active support of the Communists and the Trinamool Congress. They seem to be working to materialise the dream of Muhammad Ali Jinnah, “A Pakistan with entire Bengal and Assam”.

For the last 12 years, there are party and Govt. sponsored Jehadi attacks on the Hindu community, not only in the remote villages, but in the heart of very Kolkata. Though those attacks are termed as Hindu-Muslim riots, but in practice all are one-sided attacks, arson, loot and molestation by the Jihadis against the non-Muslim community.

Strangely, in all these Jihadi attacks the patterns are same, and in all cases both the previous Left Front Govt. and the present TMC Govt. played and are playing a very supporting role to the Jihadis.

Recently on 08.06.2019, two Hindu youths were brutally killed in Sandeshkhali by these Jihadis groups under the leadership of Sahajahan Sheikh. Several non-bailable cases like murder, arson, kidnapping, attempt to murder, rape are pending against Sahajahan Sheikh. But he is found roaming scot free. He was even found sharing dais with TMC MP Nusrat Jahan.

This Sahajahan Sheikh was publicly praised by the TMC MLA Idris Ali for giving shelter to Rohingya Muslim infiltrators. When even a Muslim country like Bangladesh wants to get rid of Rohingya Muslim infiltrations, here in West Bengal the Govt. is sponsoring  all the infrastructure for their illegal shelter. And we have strong reason to believe that Rohingya Muslims took an active part in the attacks in Diamond Harbour and Sandeshkhali.

On 11.06.2019, the intern doctors in NRS Hospital were attacked by a large mob following the death of an 85-year-old Imam of a local mosque. The attackers belong to a single community. Two of the intern doctors are now struggling for their lives due to the attack. The Govt. is still playing a hide and seek game instead of resolving the grievances of the doctors, all for the fear of losing vote bank.

Strangely, vandalism of hospitals, be it in Bangur or in CMRI or in PG or in NRS, the attackers belong to a single community. Modus operandi indicates that no such attack can be done without long time preparation.

Seven days ago, a BDO of Sandeshkhali was assaulted and stripped naked as he did not accept the corrupt practices of the local Panchayat.

In various border areas, Hindus are being attacked, Hindu girls are molested and temples and murtis destroyed almost regularly. All these are made with a very specific aim and a definite direction, i.e. to convert Bengal to DAR-UL-ISLAM (house of Islam).

These Jihadi forces are grabbing the land of the ADIVASIS at gun point and converting that land, with the help of local leaders and the Govt., into fisheries. These Jihaidis have made the border areas as free-zones for infiltration.These Jihadi forces are involved in all illegal businesses like drugs, fake currency, girl trafficking etc.

We want these state-sponsored Jihadi activities to come to a FULL STOP. We also want-

We however do not want imposition of Emergency in the state, as this will give fresh oxygen to this dying State Govt.

We request Your excellency to forward our demands to the Central Govt. for prompt action.