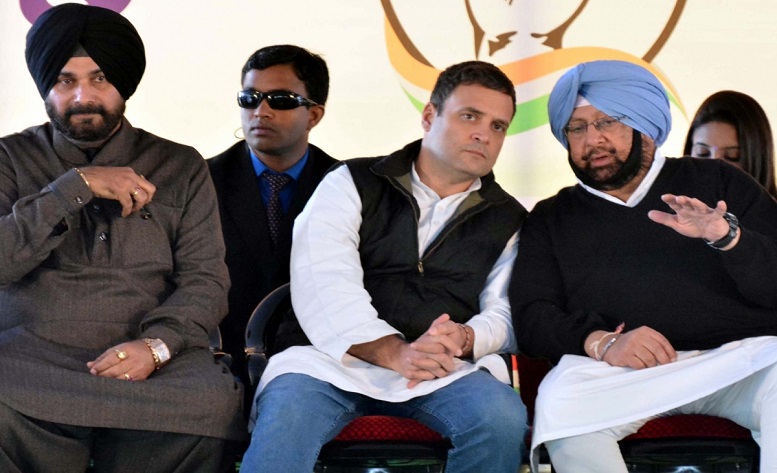 Has the Congress high command committed complete harakiri in Punjab by forcing Captain Amarinder Singh to resign and anoint one of his vociferous critics (Charanjeet Singh Channi), a close confidant of Amarinder’s bete noire (Navjot Singh Sidhu) as the Chief minister of Punjab?

Well, given that there are less than 6 months before the State goes to the polls, it would need a magic wand in the hands of any person to rid the state of all evils that Sidhu and the Majha brigade believe the State is facing.

It can be said to the credit of Sidhu and his Majha brigade of Bajwa, Sarkaria, Randhawa and the CM designate Channi – all of whom were handpicked by the Captain in his government – that they succeeded in convincing the Gandhi siblings through Harish Rawat that veteran Congressman Captain Amarinder Singh was not the right man to lead the Congress party in Punjab in the upcoming assembly polls.

But Sidhu did not do all this just to see Channi sit on the saddle or is it just a stop gap arrangement before Sidhu is projected as the CM just before the elections. But in that case, will Channi relinquish his Chief ministership and then there is Captian Amarinder Singh to contend with.

Dalits constitute approximately 30% of the total Punjab population but will Channi with his limited popularity be able to take, what is now a faction ridden Congress to victory at the hustings in less than 6 months time is wishful thinking?

Sidhu is not the one to play second fiddle and he could be spearheading the campaign much to the chagrin of Amarinder who has minced no words in showing his dislike for Sidhu even calling him a stooge of Pakistan.

One is baffled at the thought process prevailing in the Congress hierarchy particularly the Gandhis who have  gone all out to please Sidhu and his followers by first appointing him as the State President against the wishes of the Captain and then planting one of the cabinet minister in Amarinder’s government as the CM of Punjab thus, humiliating a Congress veteran who has been the CM of the State  for close to a decade.

Amarinder won the State of Punjab for the Congress in 2017 on the back of his mass appeal and past track record  as opposed to his current bete noire and Punjab Congress President who has limited appeal beyond his constituency.

The Congress won the mandate of the  Punjab voter by projecting Amarinder Singh as the CM in 2017 who was the star campaigner and face of the party. If the party wanted to do some course correction it could have been done at least one year before the polls to bring in some change of fortunes for the party and that also by keeping the outgoing CM on board.

Instead, the party high command has resorted to divisive politics and virtually split the party apart from humiliating its now former CM, who could float his own party given the treatment meted out to him by the party bigwigs.

Their is little likelihood that Dalit votes will vote en-mass for the Congress just because a Dalit has been appointed CM of Punjab but there is a possibility of some Jat Sikh votes shifting towards the Akalis from the Congress in the coming elections and if the Captain chooses to play spoil sport by breaking away from the Congress and forming his own party, it will put paid to the Congress chances of winning the State again in 2022.

For a moment let us believe that the new incumbent CM along with the new PCC chief, who is himself a CM aspirant with the limited time at their disposal, manage to rid the State of all its ills and vices by putting all the drug lords behind bars, bringing the desecrators of the Guru Granth Sahib to book and fulfilling all other election promises which the outgoing chief minister allegedly failed to do.

Will it be enough to retain Punjab with three to four CM aspirants breathing down the neck of the new Chief Minister and a battle hardened Captain licking his wounds waiting to deliver the knockout punch?

With just 3 States in their kitty and all faction ridden, the Congress high command could have bitten more than they can chew in Punjab.