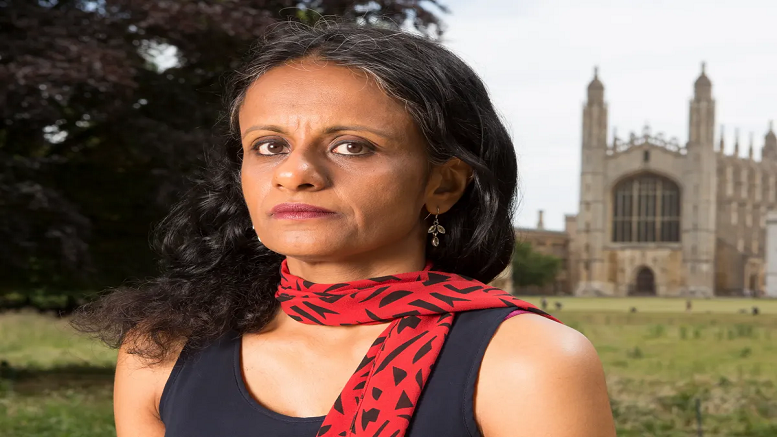 Several UK-based Hindu and other Dharmic organisations have issued a joint letter in response to Twitter activity by Professor Priyamvada Gopal of Cambridge University. They have expressed concerns about the implications of Professor Gopal’s statements under relevant criminal law and discrimination law.

The letter has gone out to the Cambridge University, Cambridgeshire Constabulary, the Office for Students, and the Equalities and Human Rights Commission, pointing out the legal implications of Professor Gopal’s statements and asking for details about action that they have taken or will take under their respective competences.

On 24 June 2020 at 10.57 am, Professor Priyamvada Gopal, a Professor at the University of Cambridge, issued a tweet which may constitute a hate crime on grounds of race (caste) and religion. The tweet in question reads as follows:

“I’m from a Brahmin family. That makes me a Brahmin. I will say this too then, since Brahmins are the whites of India. Brahmin lives don’t matter– not as *Brahmin& lives. Abolish Brahmins and the upper castes.” That tweet was followed by another offending one at 10.59 am on the same date from the same person stating: “For those at the back: I’m a Brahmin. My Brahmin life does not matter/ Abolish Brahmin-ness.”

These tweets are arguably motivated by hatred of Brahmins and other upper castes, and those from a Hindu background more generally, they are demeaning towards those deemed Brahmins, upper castes and Hindus, they lower people deemed to belong to these categories in the eyes of other persons, and they encourage discrimination, hate, harassment and hate crimes against people identified as such.

They can arguably fall under statutory provisions covering race (caste)-based and religion-based discrimination and hate crimes.

Religion is a recognised part of the anti-discrimination law and the criminal law offences set out below. Caste is recognised as being part of race/ethnicity since the leading case law of Tirkey v Chandhok, in which the EHRC acted as intervenor, and expressly so in the CPS’s Racist and Religious Hate Crime – Prosecution Guidance.

Furthermore, Cambridge University may have breached the Equality Act 2010 for having declared support for Professor Gopal’s actions and for having supported and been complicit in creating an environment in which the following particular provisions (as well as others) of the Equality Act 2010 may have been breached: various subsections of sections 29, 39, 40, 91, 92, 93, and 149.

The University of Cambridge may have further contributed to these breaches by failing to institute disciplinary proceedings against Professor Gopal and instead declaring its support for her on grounds that she was merely expressing her freedom to speak.

The tweets in question may also constitute criminal offences under various criminal law provisions as follows: