This article will shed light on the intimate ties that Harvard University shares with China which has doled out billions of dollars for the University. We will also look at why Harvard has emerged as the world’s leading higher education hub for the Chinese Communist order.

Harvard University is the favourite and go-to University for Chinese President Xi Jinping. Let’s understand why.

This is Xi Mingzhe. She is the only daughter of Jinping and lovingly referred to as the Princess of China. Which university did she go to? Harvard University. 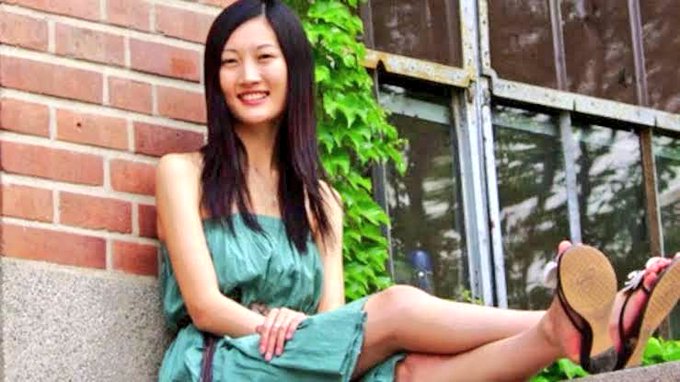 What does China do when the daughter of its most powerful political figure is in love with her lifestyle in the US? Surely a few bodyguards aren’t enough to protect their President’s only daughter. So, China does what it does best. It starts flushing money into Harvard University.

For his daughter, Chinese President Xi Jinping started frequenting the University. Sometimes the visits were private but sometimes it was an official affair. He became closely connected with Harvard University President Lawrence Bacow and his wife Adele Fleet Bacow.

This picture shows Harvard University President Lawrence Bacow and his wife, Adele Fleet Bacow being received by the Chinese President at The Great Hall of the People in Beijing on March 20, 2019. It is to be noted that both Bacow and his wife tested positive for COVID-19 as early as March 24 this year.

Soon after his daughter’s enrollment, Jinping started pumping money into Harvard. Another Ivy-league University, Yale too starts receiving grants and gifts. Many top Chinese leaders enrolled their children into Yale. How much money do you think Harvard received from China? A billion dollars! Bloomberg reported that Harvard University was the biggest benefactor of grants and gifts from China. They declared 93.7 Million Dollars. It was understood that casual gifts routed through family members and daughter weren’t accounted for.

Harvard was slowly turned into a growing hub for Chinese students.

Let us look at student visa data of 2018. As many as 368,073 Chinese students came to US colleges and Universities. From this pool, Harvard was home to approximately 1,301 Chinese students.

Are you getting the drift? It’s the same time-tested method of Chinese operation. First, flush the organisation with money even though they aren’t asking for it. Just keep giving. Nobody refuses money kept on table. Then start assuming control and make it a part of the ecosystem.

USA was caught napping till the sheer volume of money started leaving trails everywhere. When the aid to Harvard crossed the amount of foreign aid USA doles out to countries like Pakistan, it alarmed them. State education department flagged the transactions at Harvard University.

In February 2020, USA declared that they are launching an investigation specifically into Harvard and Yale, as they have received 6.5 billion dollars from China and UAE. So, the Saudis entered into the picture too. Do you think China is so foolish that it will gift billions to Harvard and Yale without any collateral? As it turns out, China had realised that the world’s most brilliant minds teach there. It started approaching senior faculties and again kept millions of dollars on the table.

China started a secret recruitment programme at Harvard. They bribed and recruited senior faculty members. With millions of dollars, it started outsourcing research topics to the faculties. The lab and brains were from the US but they were essentially working for Chinese interests.

An unfortunate victims was Charles Lieber, the chair professor of the department of chemistry and chemical biology. He was accused of hiding his involvement in China’s Thousand Talents Plan, a secret communist programme. Lieber was arrested by the FBI. Prof. Lieber has been sacked from Harvard University. He has been indicted by the court for lying about getting bribed by China and taking part in a Communist programme. In his defence, Lieber has claimed that he is a victim and not a perpetrator.

This means that the scientists are US nationals, the labs and equipment are located at Harvard University. But the research directly benefits China.

The Harvard Gazette claims that China has donated $115 million to Harvard for research on COVID-19.

To know how Harvard is being used by China for its own benefit, take a look at The Harvard-China Project where China’s Tsinghua University (known as the Harvard of China) is directly involved with several schools at Harvard.

Did China stop after setting up a higher education hub at Harvard? Or bribing professors to do research for them? Or setting up research projects to further its communist agendas? No. Here comes the most sinister activity that has unnerved even the US.

China has set up a ‘Spy Ring’ at Harvard. It sends its spies disguised as students. These spies are specifically trained to steal intellectual property and research documents from the university labs and then send them back to China, reports Reuters.

Today, scientists from across Ivy league universities in the USA are under surveillance for spying for China and stealing of intellectual property. According to Boston Magazine article, a nationwide programme was launched by the Justice Department to stop this spy ring.

USA has come down hard on China for theft of intellectual property. USA terms this as a theft to the tune of billions of dollars. Here’s former Secretary of State Mike Pompeo explaining how much USA is rattled. Pompeo was head of CIA till 2018.

USA has come down hard on China for theft of intellectual property. USA terms this as a theft to the tune of billions of dollars. Here's former Secretary of State Mike Pompeo explaining how much USA is rattled.
Don't forget Pompeo was head of CIA till 2018pic.twitter.com/RnXo1hE4nk

Now, this is the part where Indian communists step in. We all know that some Indian Communists are unbelievably sympathetic towards China. Several such names have come to the fore during the war of narratives of the pandemic and the border conflict China has increased its PR activity in foreign media, getting its way through high value advertisements and under-the-table bribes to journalists to write in favour of them. But not many know that China has instituted a global journalism training programme.

Bribery and inducing corrupt practices is a standard practice in China. Scores of PR managers are used to bribe journalists. In this blog, a young PR person writes about how that practice works inside China. But the problem is that these same methods won’t work outside China.

This is the current situation:

Since the Chinese cannot get the job done anymore, they have allegedly turned to Indians to work for them. Indian Communists have always been sympathetic to the Chinese but have never got any importance. But post COVID-19, the scenarios have changed. China now needs Indian communists.

How does China get its work done by foreigners? They cherrypick the communists from different countries and put them at positions of power at institutions that they control indirectly. For instance, rules were flouted to make Dr. Tedros the Director General of WHO.

If someone is on that list, that person’s life is made. Suddenly, that person will be found catapulted to a position of power. Rules will be flouted and massive lobbying will take place to put that person in charge. The position will come with one job: To look after the interests of China.

Apparently, Bharat is part of a global Chinese recruitment programme which ropes in scientists, journalists and students from across the world and then brings them to the US.

Allegedly, the respective Communist eco-systems are acting like talent spotters and facilitators. If someone gets approached by a Communist for this programme, then say ‘No’. The world knows about this, including USA. This attempt like most other Chinese programmes, is doomed because when it goes down, it will take you along.
https://twitter.com/Doranimated/status/1279884519471013889

(This article has been compiled from the tweet thread of @Soumyadipta)