Godse was a political assassin, not a terrorist 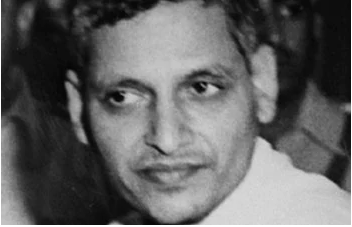 I have, on occasion, come across the following grossly incorrect and inaccurate terminology: that Nathuram Godse was a “terrorist.”  Recently, this debate has raged on the national political scene, and so I thought I should pen some thoughts on it.

A terrorist is a person who indulges in “acts of violence or intimidation against civilians, in pursuit of political aims.”  Al Qaeda is a terrorist organization: its acts are violent acts against totally innocent civilians, 99.9% of whom have nothing to do with public or foreign policy, so as to create terror in western countries.

The targets are not chosen for who they are individually, but chosen for which society/community/country they belong to loosely. On 9/11, the 3000+ casualties were not chosen individually for their beliefs, but loosely because they were all Americans. Ditto for targets chosen by ISIS, Al Shabab, Harkat-ul-Mujahideen, Lashkar-e-Taiba, Jaish-e-Mohammed, etc.

On 26/11 in Mumbai, LeT’s targets could have been liberals or Hindu nationalists, men or women, political or apolitical, etc. as long as they were Indians (and Westerners, who were also targeted).  In an act of terror, the individual is not important, only groups are important. The goal of the act of violence is simply to create fear and terror in an entire group.

Godse was a political assassin.  He believed that a particular individual—-namely, Mohandas Gandhi—was responsible for the downfall of the entire Hindu community of Punjab. They were forced to leave the land of their forefathers, the land where their religious scriptures were written thousands of years ago. They faced tremendous loss of life and property as they were set upon by murderous Muslim mobs on their way to Bharat.  Perhaps more than anything else, no less than a million Hindu women were abducted during the horrible time of partition. He gave his entire justification in his speech to the court, which can be read here:

(Please note that I use the word Hindu to mean Vedic Sanatani as well as Sikh; to me both are brothers, members of the same samaj, and I make no distinction between them in this context.)

One may disagree with Godse’s action.  It was a criminal action: meaning, it was against the law, as is any act of murder.  However, there is no doubting the veracity of Godse’s premise for his act: Gandhiji’s appeasement of Muslims at the great cost of Hindus.  And this did not start with the partition either; it had been going on for much longer. Gandhiji praised the killers of Hindus during the Khilafat Moplah riots as “religious musalmans” and asked Hindus “to find out what they had done to make these people angry.”  The pattern of Gandhi’s appeasement is too well known to be recounted here.

Again, what Godse did was criminal – it was against the law.  But it was not an act of terror. It was political assassination. In all such cases, each person has to draw their own conclusion on whether it was right or wrong in that context.  Doing that is not the point of this article; this article merely wants to clearly draw the distinction between terrorism vs. political assassination as the correct nomenclature for Godse’s action.

Lakshadweep: how a long-ago inverted demography has become a hurdle in development of this strategic archipelago