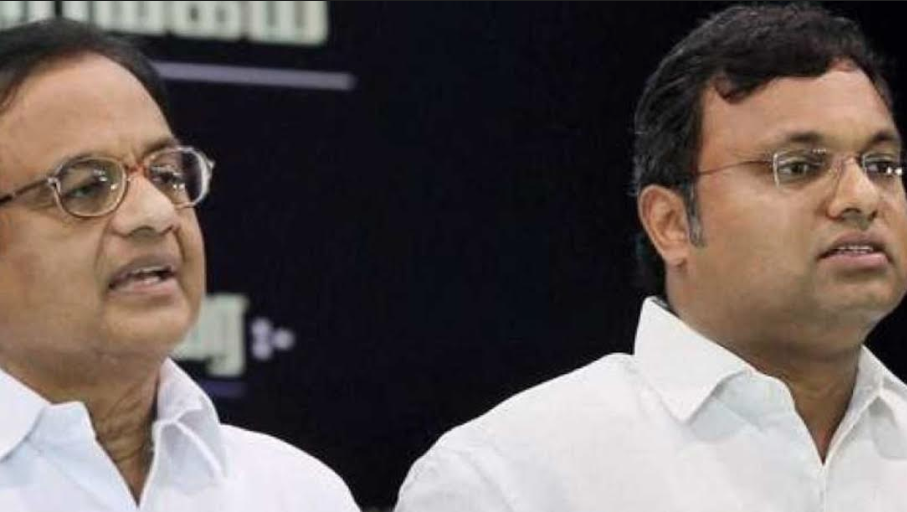 Life has come full circle for former finance & home minister P Chidambaram as he faces money laundering & corruption charges. With his arrest, which was finally made by the CBI after some hide & seek by Chidambaram, the screws are beginning to tighten on this senior Congressman.

The Delhi High Court rejected his anticipatory bail application describing him as the kingpin in the whole scam. The CBI produced him in the special CBI court after his arrest from his residence on the 21st, and got 4-day custody till Monday.

Chidambaram’s desperate attempts to get an early hearing before the Supreme Court failed & he was left with no alternative.

The whole story dates back to 2007 when INX Media – a company owned by Peter Mukherjee & Indrani Mukherjee, who are in jail for killing Sheena Bora, the daughter of Indrani Mukherjee from her ex husband – approached the Finance Ministry, headed by the then Finance Minister P Chidambaram, for issuing 14.98 lakh shares & 31.22 lakh non-redeemable convertible preference shares of rupees 10/- each.

These shares were proposed to be owned by 3 non-resident investors under the FDI route. The FIPB (Foreign Investment Promotion Board) which was headed by Chidambaram took no time in granting approval in May 2007 whereby INX Media was allowed to receive INR 4.6 crore.

The FIPB however rejected another proposal by INX for investment of this fund in its subsidiary INX News Pvt Ltd. But contrary to & in violation of the FIPB order, INX Media went onto receive INR 305 crore from the 3 Mauritius firms and also invested this amount in INX News Pvt Ltd.

These firms bought each share for 862.31 /- which was 86 times the face value. The whole matter was flagged by the Income tax, the Enforcement Directorate & the Financial Intelligence Unit in 2008 & the FIPB asked for clarification from INX Media, following which INX engaged Chess Management Services Pvt. Ltd. headed & owned by Karti Chidambaram to settle the matter amicably.

Strangely, instead of ordering an enquiry the FIPB headed by the then Finance Minister P Chidambaram asked INX Media to apply for fresh application for the foreign funds received, which was in gross violation of the FIPB’s earlier order.

Indrani Mukherjee, the then owner of INX Media who has now turned approver in July 2019, has alleged that INX benefitted after she met the senior Chidambaram in 2008. In fact, there is evidence to show that there was a rendezvous between the Mukherjees & Karti Chidambaram along with his financial consultant Ajay in hotel Hyatt, Delhi, where Karti demanded $1 million in kickbacks.

Karti has already served a jail term for 23 days and is out on bail. ED has frozen his foreign assets worth INR 54 crores.

A cheque signed by Indrani Mukherjee for INR 3.5 crore as owner of INX Media has been traced to Karti’s company in November 2008. In fact, the CBI told the trial court that it is investigating all clearances given by FIPB to various companies during Chidambaram’s tenure as Finance Minister & more skeletons are likely to fall from the cupboard.

Given the strong merits of the case & the money trail having been established to Karti’s company, the Congress took a strong risk by backing Chidambaram to the hilt.

In the event of his conviction, the entire top brass & the reputation of the Congress will be sullied & tarnished for they would have been found standing behind a corrupt person.

In fact, Chidambaram is also being probed by the ED in the INR 1305 crore Aircel-Maxis deal of 2006, where it is alleged that his son Karti’s company received a 5% share & Chidambaram as the then Finance Minister withheld FIPB clearance of the deal till his son received the 5% cut.

Chidambaram remained Finance Minister under UPA-1 from 2004 till November 2008. Apart from the above deals, the ED is probing Chidambaram’s role in granting illegal FIPB approval in at least 4 other cases involving Diageo Scotland, Katara Holdings Pvt. Ltd., Elforge & Essar Steel.

Even though the dice is loaded against the former cabinet minister, the CBI needs to tread cautiously & meticulously in collecting & presenting evidence that stands the scrutiny of our courts. The ordinary citizen would like to see such high-profile criminals being convicted and serving a full term in prison, unlike the 2G scam where all accused were let off by Judge OP Saini’s court.