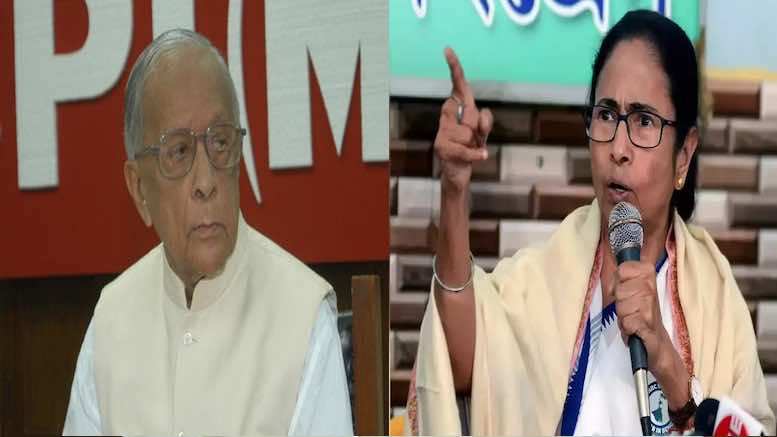 The regularly irregular outbreak of political violence in Bengal since Narendra Modi’s ascent to power has revived the old debate: Why is the state’s politics on a perennial short fuse? Especially when polls are round the corner, be they national, state, local, or rural.

Bengalis place a premium on good education. This is one of their best qualities. Given their rich cultural history they have a natural flair for the arts. Bengalis make good writers, musicians, singers, artists, actors, and theatre/film directors. Bengalis were among the prime movers of the nationalist struggle. This nurtured in them a high degree of political consciousness which was further honed by early flirtations with communism in the immediate aftermath of the October revolution.

M N Roy, the man who founded the Mexican communist party as well the Communist Party of India (Tashkent group) came from a family of hereditary Brahmin priests of the Shakta tradition. The cult of intellectualism (aantlami) was among the many imports of communism which was destined to alienate Bengalis from original cultural roots anchored in the Bengali renaissance. Men like Roy who were inspired by the writings of Bankim Chandra Chatterjee and Vivekananda were sucked into the sordid revolutionary world of Lenin and Stalin. Roy was an associate of both the Bolsheviks, and among the earliest proponents of armed struggle against the British Raj. He committed his first act of political banditry in 1907 while carrying out an assignment for the Anushilan Samiti founded by Satishchandra Basu.

Truth to tell Bengal would have been a lot less politically violent had it not been bitten by the communist bug. Though it wasn’t till the mid-1960s that the culture of violence and bloodshed became deeply embedded, early signs were evident during the 1946-47 Tehbhaga peasant movement in undivided Dinajpur district. The peasant wing of the CPI, All-India Kisan Sabha, goaded the sharecroppers to demand a two-thirds share of harvested crops from the jotedars. The ensuing violence spread to other parts of the state, forcing many landlords to flee their estates. The police had to step in. Thousands of sharecroppers were arrested before the situation was brought under control.

The massive influx of nearly five lakh refugees from East Pakistan completely changed the socio-political dynamics of Kolkata. The communist dominated United Central Refugee Council provoked the 1953 riots in the city over the raising of second-class tram fares by a single paisa. The emotive bond which middle-class Bengalis traditionally had with the crawlers ever since the first trundled out in the late 19th century proved handy. Raising bus and tram fares has never been easy in Kolkata. Several trams were set ablaze, tracks uprooted, public property vandalized, and bombs chucked in what came to be known as the Ek poishar ladai. The police fired at riotous mobs in several places to check the arson and loot. Several protestors were killed, and thousands arrested. But in the end the Calcutta Tramways Company (CTC) withdrew the fare rise. The first taste of blood helped the communists sneak into the city’s consciousness as defenders of the common man’s interests. More importantly, it helped them win the confidence of the student community whose participation was at the very core of the agitation.

A year later another Left-led body, the All-Bengal Teacher’s Association (ABTA), struck work to begin a sit-in near Raj Bhavan over the demand to raise salaries and dearness allowance. Though the strike lasted barely 10 days, five people were killed in the bust-up with the police, and several injured. And once again the government caved in.

However, it was the Food movement at the fag-end of the fifties and mid-60s which helped the communists muscle their way into Writers’ Building, the seat of power. A crop failure and anomalies in the Public Distribution System resulted in a near famine like situation. The peasantry was roped in by the Price Increase and Famine Resistance Committee formed by the communists. Mammoth public rallies and marches were organized under its aegis against the Congress regime. Lakhs comprising refugees, students, teachers, and tillers joined the protests in the autumn of 1959.

The continuing shortage of food and kerosene sparked off a second and more vicious movement in February 1966 after a protesting student was killed in a confrontation with the authorities. The turbulence spread all over Bengal. It was the single biggest factor behind the Congress’ electoral defeat in 1967. The political topsy-turvy provided the fodder for the bloody Naxalite upsurge between 1968-72 in which hundreds of lives were lost. A period of political instability followed under a United Front ministry before the movement was mercilessly suppressed by the Congress regime of Siddhartha Shankar Ray. Hundreds of Naxalites were done to death in a combined counter insurgency operation (titled Steeplechase) of the army-police ordered by Indira Gandhi.

The 1975 Emergency drove the last nail in the coffin of Congress rule in Bengal. By which time the old compact between ruler and landlord in rural areas stood completely shattered. It was time for what the academic Partha Chatterjee calls “Party Society” to take over, a society in which caste and community (the basis of landlord rule) had no place. The CPM which strode to power at the head of the Left Front in 1977 introduced seminal changes in the Bengal’s body politic, especially rural administration.

Writing in the Feb-March 2009 issue of the Economic and Political Weekly (EPW), Chatterjee explained: “In West Bengal the key term is party…the elementary institution of rural life in the state – not family, not kinship, not market, but party. It is the institution which mediates in every single sphere of social activity…This is the true significance of the shift from the old days. Every other social institution such as the landlord’s house, the caste council, religious assembly, sectarian foundations, schools, sporting clubs, traders’ associations have been eliminated, marginalized, or subordinated to the party. Rural life is literally inconceivable without the party.”

Chatterjee’s is obviously a Marxist perspective which already seems outdated. The land reforms the CPM introduced made the party the supreme arbiter in the lives of rural folks. The system worked in the first few years but outlived its novelty by the time the communists lost power in 2011. Failure to attract corporate investment pushed chief minister Buddhadeb Bhattacharya to acquire land from farmers at Singur and Nandigram in 2006-7 without taking them into confidence. Mamata Banerjee, then in Opposition, pounced on the chance to prove that the Marxists had turned anti-farmer. Fourteen lives were lost in the farmers’ agitation at Nandigram, and the Tatas were forced to shift out from Singur. Today the farmers realize the blunder. They admit they would have been better off had the corporates been allowed to invest.

“Party society” is fraying at the edges under Didi’s rule. Devoid of a dedicated cadre, a clear ideology, and organization, TMC is desperate to retain control, little realizing that Bengal needs a new narrative, both political and economic. The communists for all their sins of omission and commission were not Muslim appeasers. Neither was Didi during her days in the Opposition when she constantly raised the issue of illegal immigration from Bangladesh. Once in power she began to brazenly court the Muslim vote bank at the expense of Hindu interests.

Fear of a power shift is driving Didi to heap the same physical indignities on BJP workers which the Marxists had put her through. More than 100 BJP workers have been killed in political violence in the last six years. Fanning communal and regional sentiments of deracinated Bengali Hindus, she thinks, will earn her another five years in power. Which it well may since there is still a large chunk of the electorate which dances to her bad music.

Didi’s Ma Maati Manush slogan has a hollow ring to it after a decade in power. Insularity has set back Bengal by decades. The 2021 poll offers the state a chance to make a clean break with the past. Warding off the poriborton may prove disastrous.