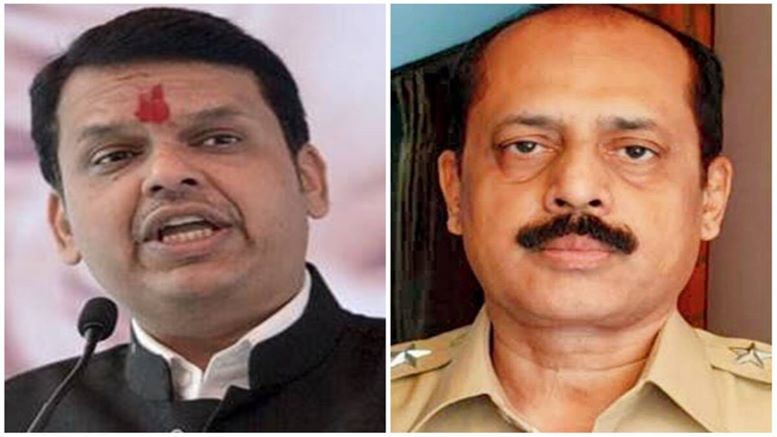 Leader of Opposition (LoP) Devendra Fadnavis has sought the arrest of police officer Sachin Vaze in connection with the death of auto parts dealer Manshukh Hiren under mysterious circumstances. It must be mentioned here that it was Hiren’s SUV laden with 20 gelatin sticks and a threat note which was found abandoned outside Reliance Chairman Mukesh Ambani’s residence.

Speaking on the floor of the Maharashtra assembly on Tuesday, Fadnavis cited the statement issued by Mansukh Hiren’s wife who had categorically stated in the FIR (First Information Report) that her husband had been murdered by police officer Sachin Vaze.

Vimala said Mansukh Hiren, an auto parts dealer, was in possession of the Scorpio car for three years and it originally belonged to one Peter Newton. She said Hiren gave the car to Vaze, a regular client, in November last year.

“On February 5, Vaze sent the car to our shop with a complaint of stiff steering. On February 17, Hiren left for Mumbai in the car. However, the steering jammed and he parked the car near Mulund toll plaza. The next day, the car could not be found,” she said.

She said that Hiren filed a complaint with the Vikhroli police. “On February 25, when the Scorpio was found near Ambani’s residence, the ATS Vikhroli unit questioned my husband. My husband identified the car and also informed them about the theft complaint and showed a copy of the FIR,” Vimala said.

She also mentioned that her husband was with Vaze, known as an ‘encounter specialist’, on February 27, 28, and March 2. “On March 2, Hiren informed me that, as asked by Vaze, he submitted a complaint about harassment by police and media to the Chief Minister, Home Minister, and Police Commissioner of Thane and Mumbai. However, when I asked my husband whether he was tortured by cops, he denied,” she said in her complaint.

…Vimala said she saw her husband for the last time on March 4 when he went to meet a police officer named Tawde from Kandivali crime branch for guidance. On March 5, Hiren’s body was fished out from the Mumbra creek in Thane. Thane police said at least five handkerchiefs were tied around his face when Hiren’s body was found.

“My husband was a good swimmer and he cannot drown. His belongings like phone, gold chain, wallet were not found. Looking at the entire situation, I am sure he was murdered and I suspect that Vaze has killed him,” she said in her complaint.

LoP Fadnavis quoted from Vimala Hiren’s complaint and asked that action be taken against Vaze under section 201 of the Indian Penal Code (IPC) which relates to causing the disappearance of evidence of the offense. Fadnavis also pointed out that the complaint letter addressed to the CM, Deputy CM, and police commissioners of Thane and Mumbai by Hiren was written on the instruction of Vaze which brings the cop under suspicion.

Fadnavis also said that Hiren’s last location was found with Dhananjay Vithal Gawde, against whom an FIR was lodged for seeking a ransom of Rs 40 lakh in 2017. Fadnavis also hinted at the possibility of Hiren having been murdered in the car and his body having been thrown in the creek later.

Shiv Sena leader, who is also the state parliamentary affairs minister, Anil Parab countered Fadnavis by raising the suicide of Loksabha Member Mohan Delkar, Fadnavis was quick to raise the suspicion of the Uddhav Thackeray-led government attempting to protect Vaze.

Even BJP leader Ashish Shelar had raised suspicions about Vaze’s involvement when he said “Vaze’s presence at the post-mortem of Mansukh is suspicious as he is neither part of Thane police nor the ATS, which is probing the case. It gives an impression that there is something that this government wants to hide.”

While NIA has been handed over the investigation of the Antilia bomb scare, the Hiren death case probe continues to be handled by Mumbai’s ATS.

Who is Sachin Vaze?

Sachin Vaze is one of the 14 police officers who was suspended for the supposed custodial death of 2002 Ghatkopar bomb-blast suspect Khwaja Yunus on 3 March 2004. Subsequently, Vaze resigned from the police force on 30 November 2007.

His proximity to the Shiv Sena, part of the current ruling dispensation, is well-known. After resigning from the police force in 2007, Vaze joined Shiv Sena in 2008 in the presence of then supremo Bal Thackeray and even appeared as the party spokesperson on news channels.

Interestingly, it was the Uddhav Thackeray government that reinstated the tainted Vaze on 6 June 2020 after revoking his suspension. It must be mentioned here that Vaze has been given the charge of some high-profile cases such as the TRP rigging scam, the Anvay Naik suicide case, sports car scam involving Dilip Chhabria, and the Bollywood-TV-entertainment industry’s casting couch racket.