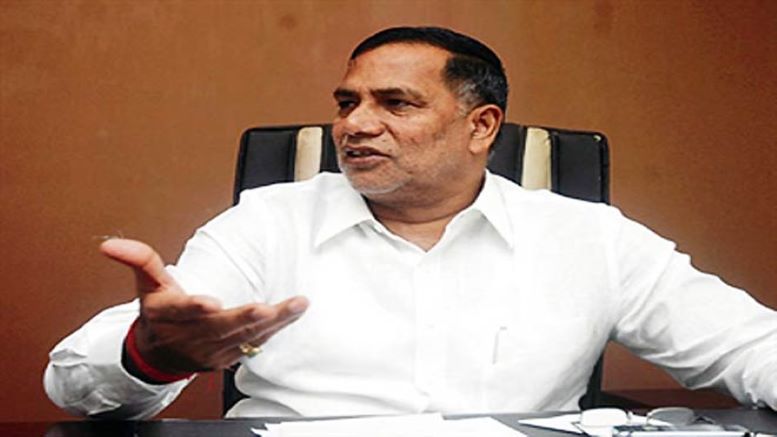 Former Congress leader Kripashankar Singh is set to be formally inducted into the BJP today. Singh served as the Chief of Congress’ Mumbai unit from 2008 to 2012 and was also the minister of state for home under the Congress-NCP regime.

An Indian Express report in this regard says:

Former Congress leader Kripashankar Singh, who had served as the minister of state for home in the previous Congress-NCP government in Maharashtra, will join the BJP on Wednesday.

Singh, who was known as the North Indian face of the party in Mumbai, had also served as the head of the Mumbai Congress from 2008 to 2012. He had resigned from the party in 2019 in the run-up to the state Assembly elections and there had been hints ever since that he would be joining the BJP…

…When contacted, Singh acknowledged that he was joining BJP. “I had resigned from the Congress on September 10, 2019, over the issue of Article 370. I feel comfortable with the BJP and hence, will join the party.”

The development comes ahead of the BMC elections due early next year. Singh, who has a considerable support base among the north Indian population in Mumbai, has maintained a distance from the Congress for quite some time now, The Times of India reported…

…Besides Singh, Yatin Kadam, the son of the late Congress MLA from Niphad Raosaheb Kadam, will also join the BJP in the presence of opposition leader Devendra Fadnavis and state BJP president Chandrakant Patil.

Singh has been embroiled in several controversies including a disproportionate assets case. OpIndia had earlier reported on Singh’s discharge from the case by Mumbai sessions court. It had said then:

Kripashankar Singh was discharged by Mumbai sessions court from the case that had started in 2010 when social activist Sanjay Singh had filed a PIL in the Bombay High Court and a complaint in the Anti-corruption Bureau about how Kripashankar Singh who was a vegetable seller had amassed huge assets and wealth.

While the HC was hearing the case of the PIL, it had directed the Mumbai City police commissioner in 2012 to file an FIR for criminal misconduct under PCA and attach the movable and immovable assets of Kripashankar and his family members. The case was subsequently handed over to the Economic Offence Wing of the crime branch.

Yesterday, special judge D K Gudadhe heard Singh’s application that as the speaker of the previous Congress-NCP-led assembly had twice refused to grant sanction for his prosecution under the PCA, he should be discharged. Singh’s lawyer K H Giri had filed the application for discharge in November 2016…

…After Singh had been discharged, it is now being questioned that why the Devendra Fadnavis government, in its three years in power, did not seek to reverse the refusal of sanction and allowed the prosecution to go ahead. However, the pertinent question also is why the NCP leader, who was the speaker at the time refused to provide sanction to prosecute. It is not unreasonable to wonder, that given the Congress-NCP alliance, was the refusal to give sanction politically motivated so as to shield the Congress minister from facing the law.

Singh was also one of the leaders who had released the controversial book “26/11 RSS ki saazish” (26/11, An RSS conspiracy). While Singh hasn’t been politically active since he left the Congress, it remains to be seen what role he’ll play in the BJP, particularly in the BMC polls due next year.