The evolution of Brand NaMo World Leadership is all about unparalleled power in all its impactful manifestations. We can only feel the powers of world leaders by their inspirational thoughts and decisive actions. Take any lesson from World War or World Peace —global leaders are remembered for their detached, big impact actions that bring transformational changes in the world.

It is not easy to think of many Bharatiya leaders who dared to look into the eyes of world leaders. But there were a select few who made history viz. Gandhi, Subhas Chandra Bose, Swami Vivekananda, and very briefly Indira Gandhi during the Bangladesh freedom struggle.

Modern historians will be excited to evaluate Brand NaMo given his rapid evolution and ‘impact career’ on Bharat and potentially the world stage in the near future. Can this Bharatiya leader be now a truly world leader, a source of inspiration for the rest of world? Given his stupendous rise in recent times, he surely is a motivation for emerging nations’ leaders.

What’s at the heart of Brand NaMo that the world can take an inspiration from? Having evolved thrice from a political ‘party worker’ to ‘state leader’ to ‘national leader’, how will Global Brand NaMo 4.0 feel, think and act on the world stage after 2019?

Narendra Modi is unquestionably an interesting global brand leader in the making. He is evolving so fast that academicians and historians may like to continuously map his trajectories of change and learn from his strategies. During a recent workshop with management students and faculty members, an interesting mapping of Brand NaMo emerged. It is controversial like the brand itself.  Here we go:

There are possibly four significant dimensions to frame his evolution from the source of infinite cosmic energy; from his infinite reality; from his self-realization “Aham Brahmasmi” i.e. ‘I am the Universal Consciousness’. I am the creator of my creation around myself, in myself. At the brand soul level, Modi seems to be spiritually & professionally aware of his Self and perhaps immensely draws from the connected Super Soul – The Brahman. 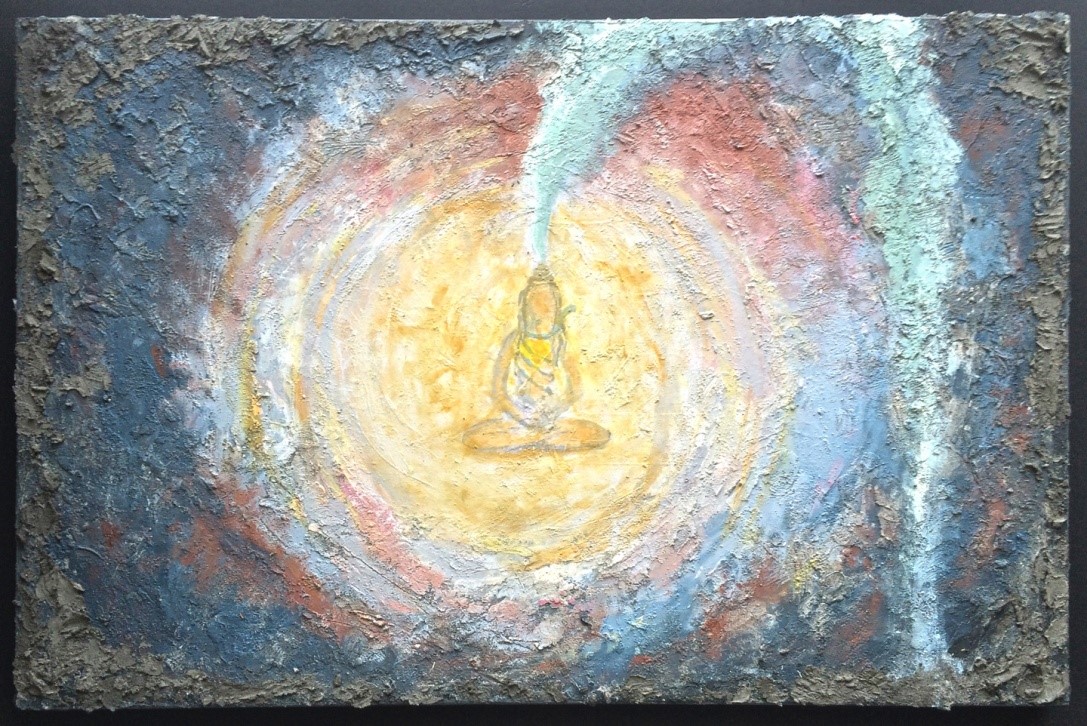 Like his namesake Shiva, NaMo: Nar+Indra=Narendra (Power God among Humans) comes across as a Yogi, as a self-disciplinarian who is materially detached. This Yogic sense certainly makes him incorruptible. Detachment as an idea also is manifested in Narendra (Bhai) Modi being single, in not formalizing his child marriage. Dropping the middle name ‘bhai’ during the course of his political journey to remove the explicit Gujarati identity was clearly a well-thought out objectivity. A true son of the soil, he continues to amaze with his 24×7 Purushartha (supreme hard work), earning titles like a great doer or an untiring bundle of energy. As recently as in his victory speech of UP Elections 2017, Modi invoked ‘Humility in Purushartha’ by pledging to work harder, by pushing himself more and by accepting the victory with humility.

He does not own a personal house asset as CM (after three full tenures) or PM. He not only detached his identity from his middle name but also never exploited his ‘Ghanchi – Other Backward Class’ affiliation for political gains. Instead, he unabashedly referred to himself as ‘Chaiwala’ to mark his humble occupational background and the absence of comfort in life to evoke empathy among the mass market of world’s largest democracy.

Later in life, he would wear designer bespoke Kurta and BVLGARI glasses, but still look unattached to iconic lifestyle fashion brands. He may look the part of one of the world’s best leaders, without an inner sense of obsession. He may look narcissist, but does not forget to remind himself and to the world that humility in success is key to greater success. This comes naturally if one is deeply liberated from material bods. For Brand NaMo, the material is just an important part in the journey, it is not the central purpose of life.

Politically rose up the ranks with sweat, dust and controversies 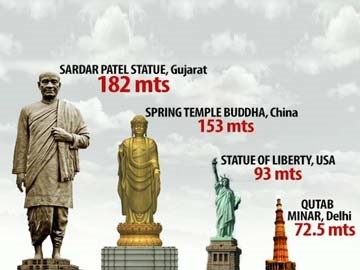 Long before 56 inch chest symbolism of this masculine brand, Modi had been hero worshipping Bharat’s iron man Sardar Vallabhbhai Patel who many people of Bharat respect higher than the controversially appointed first PM, Nehru. Patel is credited with unifying the federal structure of Bharat with iron will after Bharat’s Independence. Patel’s leadership style was sharper in its decisiveness and actions, in contrast with Nehru’s panache and ideological predilections. Brand NaMo is equally sharp and decisive like Bharat’s Iron Man when it comes to national interests. The second key inspiration from Sardar Patel as a role model is fairness and integrity which builds credibility of national leadership.

Strong characterization of iron-fisted actions have led to bolder decisions that look stunning to other weaker leaders or media or opinion makers – be it bringing in the Tata Nano plant from West Bengal to Gujarat in an overnight eco-political coup of sorts, or surgical strikes on cross-border terror camps, or demonetization. Modi fundamentally is a ‘national service’ brand that is built on ‘Sangh Sewak & Prachark’ codes.

Coming up the ranks in a national service cadre of Rashtriya Swayamsevak Sangh (RSS- a Hindu Rashtra ideologist), this leadership brand is designed with nationalism by Bharatiya blood & sweat DNA and not with chauvinism of foreign educated, westoxicated Bharatiya leaders. Structurally, the two are very different- Brand NaMo uses the physical to deliver tangible performance more than intangible intellectual output of foreign educated minds. Even today, the brand sources its steely structural strength from iron particles tapped from the infinite abundance of resources in space.

(Om) NaMo Shiva, seemingly a mystic coincidence with the destroyer of evil among the trinity of Creator (Brahma), Protector (Vishnu) and Transformer (Shiva) in Hindu Cosmology, promotes an idea of detachment with strong resolve to stay dispassionate about the worldly desires. The Shiva’s famous masculinity is self-realized, self-contained infinite power wherein the creation is not located somewhere else but is around the creator, in the creator i.e. Aham Brahmasmi (I am the infinite reality).

Continuously changed league; to look into the eyes of World Leaders There has been an audacious attitude in the brand that seems to have gained strength and visibility with its global outreach since 2014. So when Modi called US President as ‘Barack’ and not ‘Mr. President’ or ‘Mr. Obama’, he struck equality of power with the world’s most powerful leader. Bharat looked into the eyes of USA and that too with clear sense of equality and friendship and not arrogance of a naive emerging economy.

The critics of Modi’s brand of diplomacy were conformist while the new global leader from Bharat was disruptive and non-conformist by his intrinsic nature. If he looked up to Patel at domestic level earlier, he now looks up to history makers at the world stage as role models with ‘surprise as the consistent strategy’. Be it the views on surgical strikes, analysis of demonetization, enigmatic victory in UP Elections, gifting The Bhagavad Gita to POTUS, and dropping by to congratulate PM Sharif on a family wedding in Pakistan, Brand NaMo will continue to spring new, bolder surprises on all fronts which will put all competitive, domestic or global, leaders in an unsure, speculative mode of thinking.

He aspires for ‘Being Universal’ that subconsciously continues to think, feel and act like the creator, protector and transformer in different roles in a larger sense. Brand NaMo at its core is beyond Bharat and beyond Asia. He carries an experiential universe of his own creation wherein other powers are orchestrated by a universal force in harmony; by Oneness. 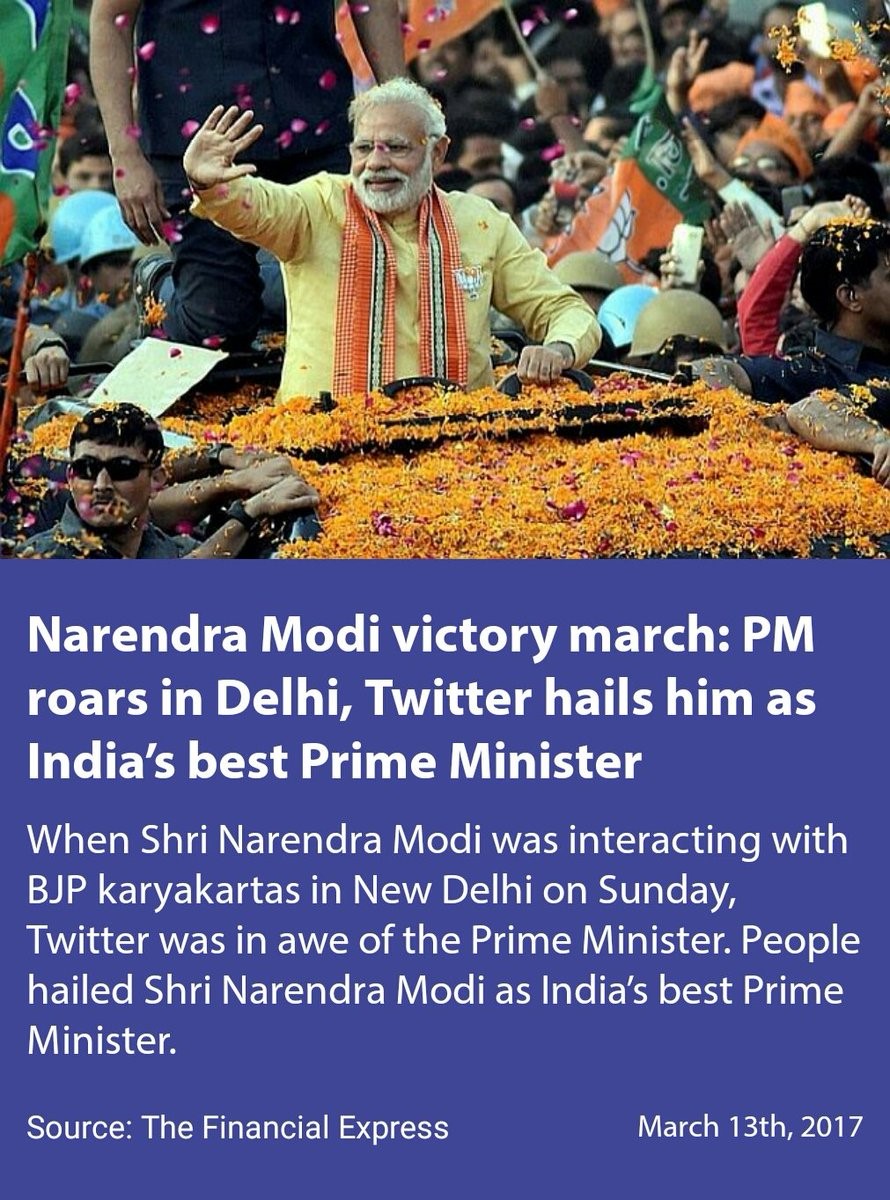 Whichever way one looks at, one can feel the brand anytime especially on virtual world screens. With contemporary role models like Google, Facebook, Twitter, the new-age archetype Modi aspires to create a new world order of physical and digital spaces in parallel. In fact, his competitive brands of leaders confess his use of new tech and social media as unbeatable. With 27 million+ followers on Twitter, 400 million+ followers on Facebook, Brand NaMo’s digital marketing is exemplary in its success at the speed of light.

Seemingly, the only force that can stop this cosmic force is the force itself. Clearly, the world looks smaller and easily conquerable when there is a cosmic conspiracy to reveal a leading light like Brand NaMo.

Mitron, now whether the brand eventually becomes an inspiration for the world or not, only the time will tell.