What Else Does Pakistan Have To Do To Earn “Terrorist State” Tag? 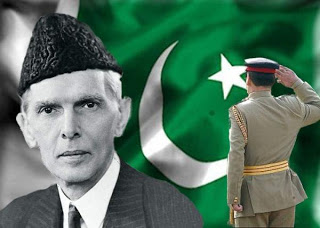 First it was providing safe haven to international terrorists Hafeez Sayeed and Masood Azhar, thus ensuring that they continue their terrorist activities from Pakistani soil; and not to forget Dawood Ibrahim, the man behind the Mumbai bomb blasts in 1993 -which snuffed out 257 innocent lives- has been living like a state guest in Pakistan for years.

Then it was the sheltering of dreaded terrorist and 9/11 mastermind Osama Bin Laden who was ultimately hunted down at his hideout in Abbottabad, Pakistan by US marines, ten years after the bombing of the twin towers and Pentagon which left nearly 3000 people dead.

But the icing on the cake for this terrorist country is the US Department for Financial Services (DFS) investigation which found that the Habib bank of Pakistan has been involved in swindling and fraudulent diversion of US aid to Al Qa’eda, Haqqani network and other terrorist groups. The Habib bank is Pakistan’s largest bank and it has been told to shut shop in New York and pay a fine of 225 million dollars in a major embarrassment to Pakistan.

Thus the American money which was meant to curb the activities of terror groups was used to aid and abet them. Remember, US has been the biggest supplier of arms, ammunition and funds to Pakistan all these decades despite repeated warnings from Bharat of their misuse. Apparently the US saw in Pakistan an ally which could help it in reigning in the Taliban and the Al Qaeda, conveniently forgetting that Pakistan was a military regime at the mercy of paranoid Generals with no accountability.

Thus the swindling of funds was inevitable, and most of the arsenal supplied by the US to Pakistan was used to nurture terrorists and terrorism against Bharat. However, it took the 9/11 attacks for the US to realize that terrorism knew no boundaries and that the monster of terrorism could raise it’s head anywhere, anytime.

Though the US has scaled down its funding to Pakistan, the aid and weapons supply still continue with obvious results. The Taliban and Haqqani network continue to operate from the Pakistan areas bordering Afghanistan, as do the international terrorists Hafiz Sayeed, Saalahudin and Masood Azhar from Lahore & POK. Thus, Pakistan has proved itself to be a State sponsor of terrorism, apart from training terrorists and fidayeen under the watchful eyes of ISI and the likes of Hafiz Sayeed and Masood Azhar.

What more does this country need to do to earn the distinction of a Terrorist State? This question needs to be also asked of the Americans who keep on pumping arms and aid to Pakistan oblivious of the fact that the weaponry and funds are used to foment and fuel terror against them and democracies like Bharat.

Of late, Islamic terrorism has raised it’s ugly head in Europe with alarming frequency, which again shows that this menace needs to be tackled jointly by nations across all continents. The Western nations need to do some introspection on their whimsical foreign policies which have created instability in regions like South Asia and Middle East, leading fragmented groups to take up arms and become local warlords who ultimately turned their fury on their harbingers.

Al Qaeda and Taliban are perfect examples of major goof ups in foreign policy and diplomacy gone haywire. In fact, the commission of enquiry set up to investigate the 9/11 attacks was bribed by the Pakistani army and ISI to keep its nexus with Al Qaeda in the dark. However, under the Trump administration their is some semblance of sanctions and curtailment of doles to Pakistan, but much remains to be done.

Pakistan is a haven and a bastion for dangerous terrorists who are a threat to mankind the world over, as they have shown by their dastardly and heinous crimes on humanity. Pakistan has been the biggest benefactor of American aid for the past many decades and the latter has now itself admitted to the fraudulent diversion of those funds to terrorist organisations.

Perhaps the US could rectify things by designating a rogue State like Pakistan – run by trigger happy and berserk Generals – as a Terrorist State, thus sending a clear message to the world community. Sensing the American mood Pakistan is now cozying up to China and has sold the interests of ethnic Baloch to China, and together they are resorting to ethnic cleansing in Baluchistan like the one indulged in Tibet by China.

A report by the Federation of Pakistan Chambers of Commerce and Industry (FPCCI) has revealed a startling fact that by 2048 Balochis would be in minority in their own land at the expense of the Chinese who would constitute the majority. Pakistan is hand in glove with China in POK (Pakistan Occupied Kashmir) where a similar exercise is being carried out under the garb of OBOR (One Belt One Road) by the two countries.

Such trade-offs or erasing of ethnic identity of its own population by a country is a dangerous sign, and shows the demented and unstable mindset of its Army and ISI which call the shots in this rogue State. Pakistan needs to be stopped in its tracks lest it becomes a danger to its own people and the world at large.