Do or die: Has the time come for Hindus of Assam, WB to Assert Themselves? 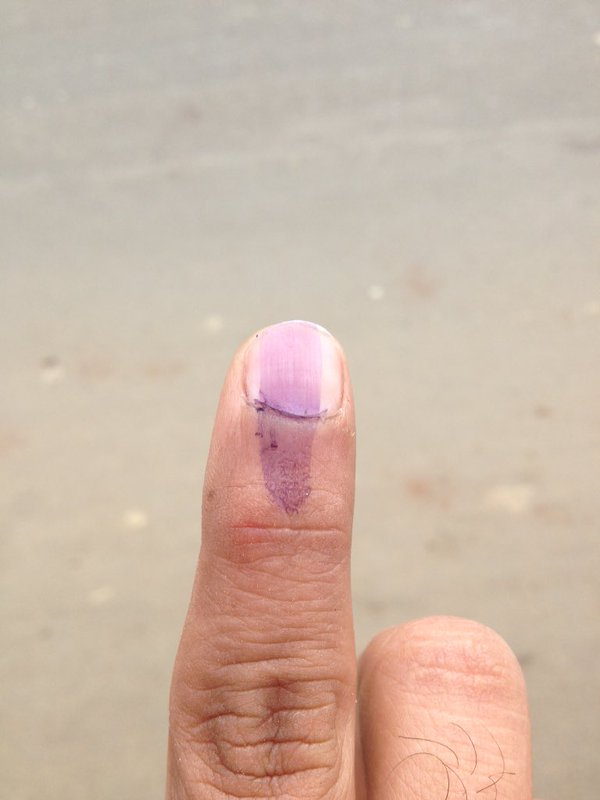 Voting for the first phase of assembly election began in Assam and West Bengal today with the majority Hindu population in these two key Eastern states faced with some hard questions.

West Bengal will have elections spread over six phases – the first phase will have polling on two days – today and then on April 11.  In Assam, polling will be held in two phases.

As the perceptive psephologist Dr. Praveen Patil, writes on 5forty3.in –

“Congress party, having lost the seat in 1977, had virtually “imported” some 70000 Bangladeshi Muslim refugees into Mangaldoi for purely electoral gains. This was indeed the logical progression of vote-bank politics practiced unabashedly by the Congress party. More than 70000 cases were filed against the authenticity of these “imported voters” by various citizen groups and the court sustained 26900 of those cases. This is how “illegal Bangladeshis” entered the political lexicon of India and some 4 decades later it still remains a festering demographic problem only having become much larger in scale.

In fact, the scale of the problem has reached such humungous proportions that a political party catering almost exclusively to Bangla speaking Muslim refugees of Assam is now the third biggest electoral entity in the state. Yet, Badruddin Ajmal, the perfume baron is seldom described as “communal” whereas reams and reams of editorial space is being used up to paint BJP’s communal agenda against “illegal immigrants”; this is how the left-liberal media ecosystem manipulates narrative constructs in India.“

The pre-poll survey of 5forty3.in shows that 37% of the electorate have rated illegal Bangladeshi immigrants as the major issue for this election. So there are signs of awakening amongst the Hindus of Assam to the clear and present danger that threatens their very existence. Unless Hindus across Bharat unite beyond lines of caste, ethnicity and other social divides to exercise their political choice in a united manner, they will allow anti-Hindu forces to grab power, which means only thing – continued state persecution of Hindus in their only homeland i.e. Bharat.

HinduPost urges Hindus in Assam to vote in massive numbers to ensure a BJP victory, as there is a very high chance of a fixed game between Congress and highly communal AIUDF as part of a planned strategy – fool Hindus by publicly positioning Congress and AIUDF as opponents; transfer Muslim vote of AIUDF to Congress in closely contested seats; a post-poll tie up in case of hung verdict.

AIUDF chief Badaruddin Ajmal: If you have 1 wife, you still have time to marry 3 more and come to vote with all 4 wives… ? ? ? ?

Time to restore the east of India, the land of Shakti, to its true dharma! https://t.co/qJiOGfsnfd

West Bengal – Choice Between Devil and Deep Sea for Hindus?

In the 2011 Assembly polls, which ended the 34-year-long rule of the Left in the state, the Trinamool and the Congress were partners. The Congress, which broke its alliance later on, has forged an alliance with the Left this time. Chief Minister Mamata Banerjee has called this alliance “unholy”. Prime Minister Narendra Modi, at a rally in Kharagpur, had slammed the alliance saying “dosti (friendship) in Bengal and kushti (wrestling) in Kerala“.

Mamta Banerjee, who swept to power in a wave of euphoria among common people who believed her message of ‘Parivartan’ (change), has failed miserably on most counts. Her anti-corruption image was badly hit by the Sarda chit fund scam in which which prominent leaders of TMC were involved. The Kolkata flyover collapse just goes to show the dilapidated state of West Bengal today – it has become hollow both physically and ideologically. Finances-wise, the state is a pauper. Land isn’t available to industry. Bright students still want to go elsewhere to pursue their career and the quality of overall healthcare is the pits. And rape cases abound.

But worst has been the total subservience of Mamta Banerjee to radical Islamists, who today function with total impunity in West Bengal. The hapless, poor Hindu in rural Bengal is facing the brunt of frequent outbreaks of rioting, rape and sexual assaults on women and girls; even the police of West Bengal is not safe from the fury of Islamist mobs. The disease of Muslim votebank politics practised by CPM has become an epidemic under Mamata rule.

Still, Hindus in West Bengal don’t have any real choice – BJP has failed to make further inroads after its encouraging 2014 Lok Sabha performance where it managed to garner around 17% of the vote. If one goes by this 5forty3.in pre-poll analysis of West Bengal, Hindu demography of West Bengal, fed up with Mamta’s appeasement of Islamists, might end up voting for the Left-Congress alliance.

However, Hindus cannot wait for one political party to set things right for them – we all have to do our individual karma and follow our Dharma, if our society has to be saved. It is worth noting that as per the 5forty3.in analysis, Muslims seem to be silently moving enmasse towards the Left-Congress alliance, perhaps sensing the prevailing disaffection against Mamta – it is this kind of political savvy that Hindus need to learn, and fast. The demographic clock is ticking.