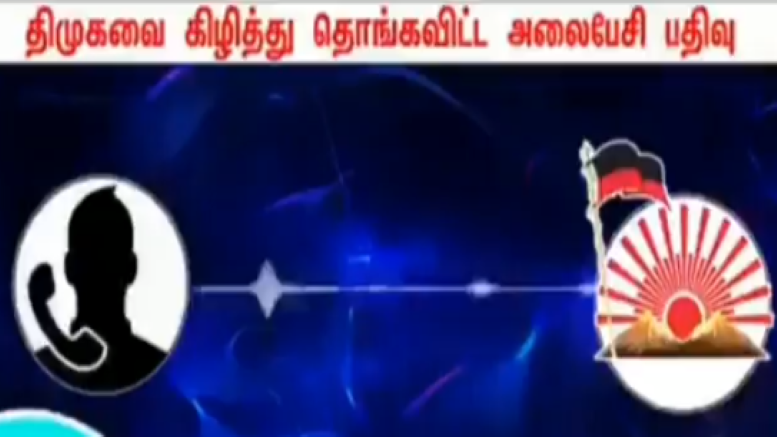 A DMK  worker was recently made to realize that Hindus aren’t walkovers and have awakened to the reality of Hindumisic parties such as DMK. In a conversation that has gone viral on social media, an alert Hindu voter shows how Hindus must stand up for their Dharma and ask questions of political parties such as DMK.

The conversation is as follows:

Don’t ask for votes for DMK. If Hindu gods, marriage rituals are filthy and irritating, why Hindu votes are not filthy or irritating? Are Hindus fools to accept all these? Only Hindu women were called prostitutes. When you come out of the temple, you wipe out tilak. When you want votes, you put tilak. After Devi Minakshi Amman’s marriage ritual, your leader asked ” will there be a first night?” You ask for Rama’s birth certificate.

Hindus are alert now as we watch a lot of videos on social media such as Facebook, WhatsApp, etc. You run after Christians and Muslims like salivating dogs abusing Hindu religion and culture for sake of their votes. Stop this if you want our votes.

Tell Dalapathi Stalin all this. What is the reason for insulting the Hindu religion and culture? Karunanidhi said all Hindus are thieves. Because I know you, I am talking respectfully. Offer anything to us, we are not going to vote for DMK.

This instance shows how Hindus are awakening and the double-speak of parties like DMK will no longer go unnoticed and unchallenged.