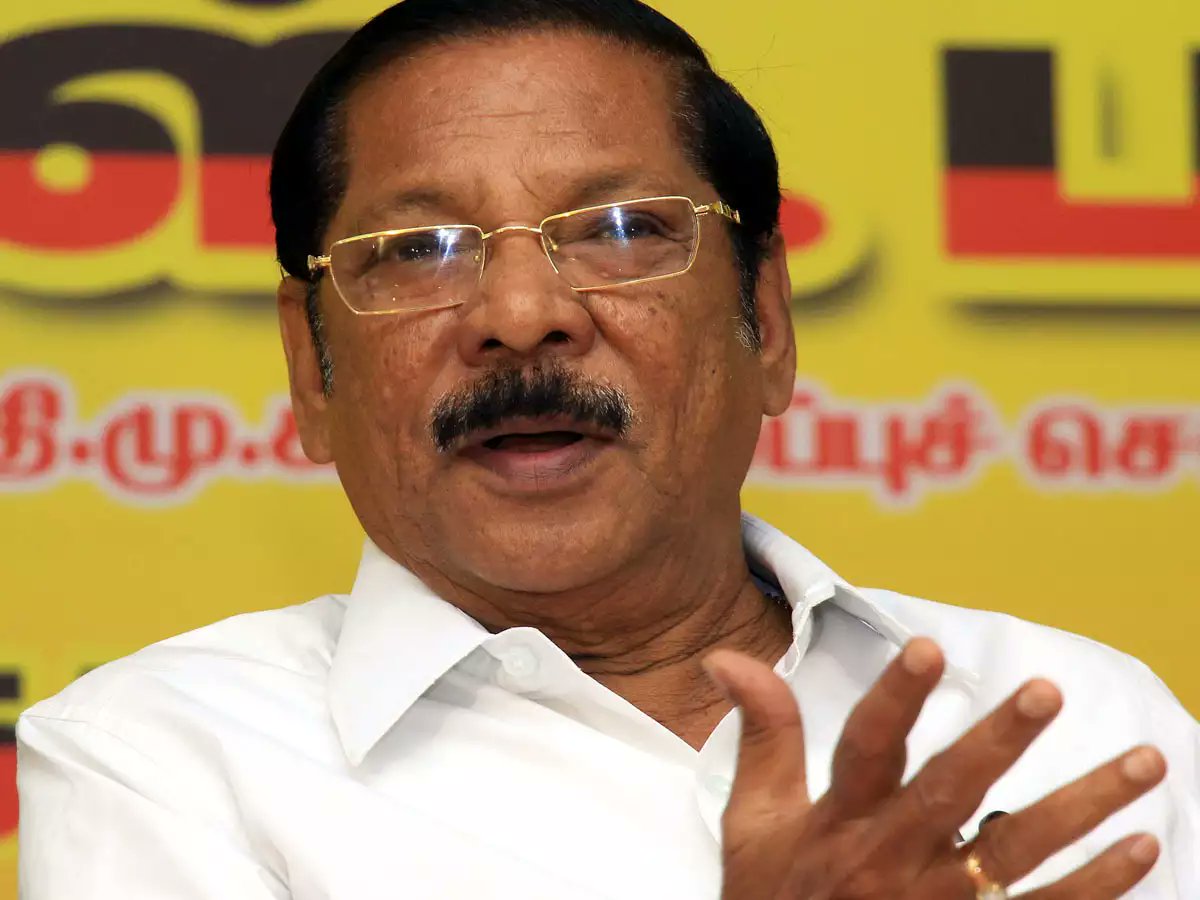 DMK’s anti-Brahmin bigotry hardly registers despite the shocking hate targeted at a micro-minority community which forms a very small percentage of population in Tamil Nadu. However it’s akin to what the Nazis propagated against the Jews and needs to be taken to a wider audience. While an anti-Hindu DMK being anti-Brahmin wouldn’t be surprising to many, that even the judges sitting at the top most court would smile at such behaviour would be a shock to many.

DMK office bearer and Rajya Sabha MP R.S. Bharathi was all over the media a few months back when he made very objectionable comments about SC Hindus aka Dalits and cast aspersions on Supreme Court judges. While this part of his speech made in the presence of fellow party-men met widespread outrage, another part which was equally if not more insulting of the Brahmin community, didn’t find mention at all. We wouldn’t know about it either, if not for him filing a petition in the SC seeking to quash the FIR filed against him under SC/ST Atrocities Act.

In his speech, he said, “Naai (dogs) and Pei (evil spirits) have started talking now. If H.Raja, (*beep*), a Brahmin, (*beep*), dares to come on television and talk.. if I weren’t given the responsibility of an office bearer in the party I would most certainly have become a terrorist…I’m telling frankly people of other states are stupid….those in the Northern states don’t have any sense.. no Harijan has decorated the position of a High Court judge in MP (Madhya Pradesh) till today..”

“If those from Adi Dravida (referring to scheduled castes and tribes aka Dalits) community could become High Court judges, it is the alms given by Dravidian Movement..if an Iyer (Brahmin) goes to a temple he will put Rs. 5 in the plate of the priest. If a DMK local office bearer goes he’ll put Rs.100, if it is a councilor he’ll put Rs.500 and if it’s a district secretary he’ll put Rs.1000. Anyone above that would put Rs.5000. These Iyers are living on our money only. The Supreme Court has become a camp of RSS,” Bharathi added.

The ‘Naai – Pei’ slur used by R.S. Bharathi is considered deeply demeaning among Tamils. A Rajya Sabha MP talking about becoming a ‘terrorist’ while abusing Brahmins can have only one meaning – that he wants to eliminate the community just like Dravidian ideologue E.V. Ramasamy had exhorted his followers to do in 1973 when he said ‘all Tamil Brahmins must be killed and all temples and murtis destroyed’.

While the part of Bharathi’s speech where he demeaned Dalits by talking about their appointment to judicial positions as ‘alms’ given by the Dravidian movement rightly faced a lot of criticism, and his comment about SC being influenced by RSS invited censure too, the part where he abuses Brahmins and alludes to killing them, and disparages Brahmin temple priests as beggars who live off money given by DMK functionaries never found the limelight. It is interesting to note how such Hindu-haters dehumanize Hindu priests, pujaris and preachers as ‘worthless’ but fall at the feet of Islamic and Christian clergy who also earn their livelihood from donations received from society (zakat and tithe respectively) and are also well-funded by the 70+ nations that have Islam or Christianity as official or preferred state religion. It appears that all so-called atheists and rationalists in Bharat, as DMK claims to be, are nothing but Hindu-haters in disguise.

A case was filed on R.S. Bharathi for his derogatory comments against Dalits under SC/ST atrocities act and when he appealed against it in the Madras High Court, it was quashed. He rapped the doors of the SC for the same which is when his bigotry against Brahmins came to light.

When the matter came up in SC before a division bench of Justices L Nageswara Rao and S Ravindra Bhat, Justice Rao asked Senior Advocate Kapil Sibal, who was representing Bharathi, “Why is your client insulting judges?”

But instead of condemning the bigotry against Brahmins, Justice Rao was smiling while asking “What does the first line means?”. Sibal replied “This is against Brahmins. How can this be against Dalits?”, meaning that as the remarks were against Brahmins they cannot be brought under the SC/ST Act; even this did not elicit any rebuke from the bench! Basically, one of the senior-most lawyers has admitted in court that his client, a DMK MP, passed remarks against Brahmins, and this comment went unchallenged in the apex court of the country.

When the constitution supposedly preaches equality why would hate against one community warrant arrest and a similar if not more virulent hatred shown against another community be smiled upon? If this is not institutionalized demonization of a category of Hindus, the so-called ‘upper or privileged’ castes, what is?

Such behavior of the secular state shows clearly that contrary to the secular and social justice rhetoric prevailing in the country, our institutions are hard-wired to discriminate against those who are portrayed as ‘oppressors’. What DMK (and all ‘secular’ parties for that matter) does is actually encourage casteism in the name of social justice and it takes pride in it too.  The dominant land-holding groups/castes who provide the political base for such parties in the name of supporting their own, are fooled by such leaders who only end up enrichening their progeny and cronies, and who are hand-in-glove with anti-Hindu forces working to destroy the same Dharma and culture which all Hindus hold dear.

Parties like DMK exhibit the same colonial mindset shown by the British who claimed to be benefactors doing a favor to ‘uncivilized natives’ by ruling over them. But the indifference shown by the judges in SC against such hate speech comes as an even bigger shock.