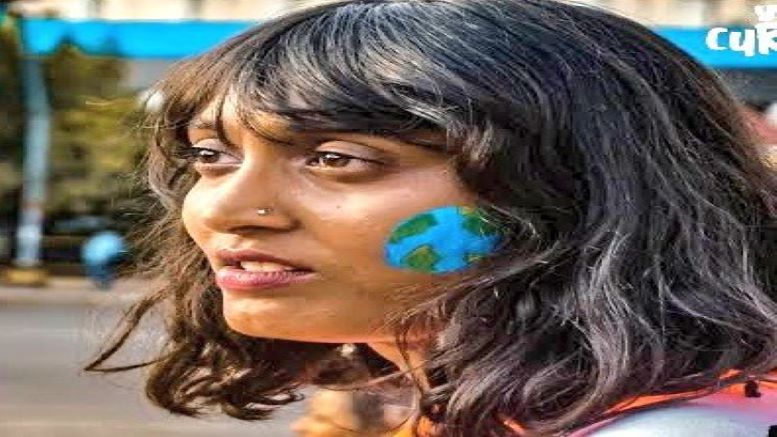 The arrest of alleged climate activist Disha Ravi has led to a major meltdown among the anti-Bharatiya and leftist segments of the society. Disha Ravi was arrested for her involvement in editing and sharing toolkit related to farmers’ protest.  As per reports, Disha is the key conspirator in formulating and disseminating the document. Although, there are people who would like to put forward the ‘misguided’ youth argument we shall subsequently see why this argument doesn’t hold water.

Disha was arrested from Soladevanahalli in Bengaluru on Saturday by Delhi police and remanded to five days police custody of the Special Cell by the Patiala House Court.

IANS report on the arrest says:

The Delhi Police had registered a First Information Report on February 4 on charges of sedition, criminal conspiracy, and promoting hatred among groups under Sections 124-A, 120-A, and 153-A of the Indian Penal Code against the “creators” of the toolkit, which was shared by climate activist Greta Thunberg.

According to police, the unfolding of events during farmers’ protest around January 26, including violence near Red Fort, allegedly revealed copycat execution of the ‘action plan’ detailed in the toolkit.

The police said that the intention of the creators appeared to create disharmony among various social, religious, and cultural groups and encourage disaffection and ill-will against the Central government and aimed at waging a social, cultural, and economic war against India.

According to the Delhi Police cybercrime cell, Disha had started the WhatsApp (WA) group and collaborated to draft the document. A senior police officer said, “in this process, they all collaborated with pro-Khalistani Poetic Justice Foundation to spread disaffection against the Indian state. She was the one who shared the Toolkit doc with Greta Thunberg”.

While Disha claimed to have edited only two lines of the document, Delhi police held that “she asked Greta to remove the main document after its incriminating details accidentally leaked into the public domain. This is many times more than the two lines of editing that she claims”. It must be mentioned here that Praveer Ranjan, Special Commissioner of Delhi Police’s Crime Branch had said that the toolkit exposed the conspiracy by organized foreign networks attempting to fuel farmer protests.

Disha Ravi is the founder of the Bharatiya chapter of Greta Thunberg’s Fridays for Future (FFF) where schoolchildren carry out protests on Fridays for the climate. Swarajya Mag says that FFF India which has 150 activists with 20-30 of them residing in Bengaluru carries out activities such as researching environmental issues, organizing climate strikes in public spaces, online campaigns against projects considered detrimental to the environment, outreach work with local communities and schools to create awareness.

There is a controversy regarding Disha’s age as well and considering the fact that she is believed to have graduated from Bengaluru’s Mount Carmel College in 2018, it seems doubtful if she indeed is 21 years old. Be that as it may if one is old enough to conspire against the nation then age can’t and shouldn’t be used as an excuse to support Disha.

The same cabal, including the like of  Congress leader Shashi Tharoor, which is now rooting for Disha citing her age maintained a deafening silence when a 16-year-old boy was taken into custody by West Bengal police for posting a photo on Facebook which was deemed objectionable to Muslims. While such double standards are to be expected of the cabal, it is appalling that Shashi Tharoor would draw false parallels simply to justify the seditious act of Disha in his hatred for PM Modi.

And speaking of PM Modi, Disha does come across as someone who knows to play the agenda game very well. In a video chat with some foreigner, the duo brings up Modi’s marriage while talking of women empowerment. This lie about PM Modi abandoning his wife has been going around for so long and the leftist feminazis of the world are latching on to this to attack PM Modi.

PM Modi got married when he was a teenager and the two got separated through mutual consent. The facts were put out in public by PM’s elder brother Sombhai Modi. Jashodaben completed her education after marriage and became a teacher.

In her statement to the media, she made it clear that it was Modi who encouraged her to study further and has been supportive. She said attributed her success in life and as a teacher to Modi’s early encouragement. They are supposed to have parted on good terms as PM Modi walked out of his marriage and left his family behind to serve the country by becoming an RSS pracharak.

Climate Activist (as per @ndtv & @timesofindia) Disha Ravi is exposing herself in this video chat of herself.

Just see how these leftist lie through one's teeth & spread propaganda against India. She should not be given bail nor pardon. pic.twitter.com/tWgzwV2xiC

It is high time that feminazis stop their false propaganda. Their propaganda extends to ‘Hindutva fascism’ which can be seen being repeated despite the fact that PM Modi spoke about “sabka saath sabka vikas” in 2014 and extended the slogan to include “sabka vishwas” in 2019 despite which Disha can be seen insinuating PM Modi of “convincing people that the Muslims were doing something wrong”.

Her video is full of false propaganda where she alleges that mainstream media is supportive of Modi and all those who oppose him are silenced which can’t be further from the truth. She goes on to repeat the oft told rights of the left-fascist cabal about human rights, press freedom, women’s rights and environmental issues being suppressed under the present government.

It is surprising (well not really considering that the cabal has an agenda to peddle!) that the government which abolished instant triple talaq, has female cabinet ministers and has brought in schemes that are helping women lead better and empowered lives would be accused of women’s right suppression.

Although there are people who would want to put the likes of Disha in the ‘misguided youth’ category it seems farfetched to think that those who peddle vicious agenda without proof would simply be misguided. For example, when Disha says “personally for my country I am not very optimistic. The amount of violations and environmentally destructive projects the government has promoted – especially during the lockdown there have been huge deforestation issues. It is very scary”, it would only be reasonable to expect her to list out such projects.

Environmental activism as propagated by so-called climate activists is limited to shouting slogans and raising placards while asking children to bunk schools every Friday. If environment was the concern then Disha wouldn’t be supporting farmers who want the right to burn stubbles one of the main reasons behind pollution in Delhi. Environmental activism should be about planting trees like vriksha mathe (mother of trees) Thimmakka and not bunking school and carrying placards.

This is not activism but wokeness that has been imported lock, stock and barrel from the West, especially America. France, shining beacon of liberalism according to the left-fascist cabal, has woken up to the dangers of ancharchism rising out of woke-left liberalism.

French intellectuals, academics, and politicians including French President Macron and his Education Minister Blanquer opined that out-of-control woke leftism and cancel culture that are largely emanating from American universities are a threat to French society as they attack French culture and heritage.

We can easily draw parallels between France and Bharat. While the French have addressed the elephant in the room Bharatiyas continue to remain in awe of Ivy league American ideas that are far removed from Bharat’s culture. The breeding grounds of the woke leftist cancel culture are university campuses like JNU which needs to be dealt strictly. Part of the problem also lies with parenting where guilt culture as parents are unable to spend time with children or western influence or both are allowing parents to give too much leeway to children.

It is my firm belief that a two-pronged approach needs to be adopted to get rid of wokeness which is causing more harm than good.

It is time that people like Disha as well as their handlers are made to face the law as giving a long rope would simply lead allowing woke left fascist ideas to take deep roots in the Bharatiya society.