Was Dhumal a victim of Internal Politics Or did he Under Estimate his Opponent ? 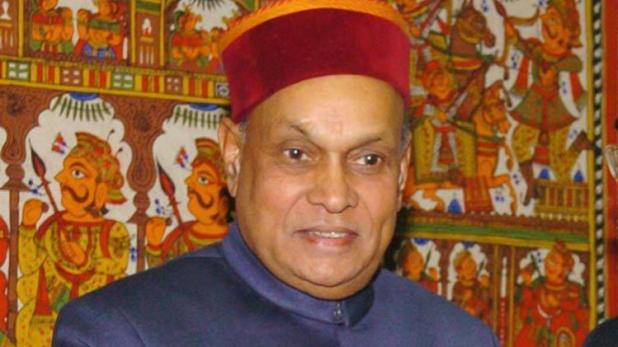 Two time CM of the BJP & the only one from the BJP to complete his two terms (Shanta Kumar, the only other BJP CM of the State, was unable to complete both his tenures in 1977 & 1990) was unable to win from the constituency (Sujanpur) allotted to him by the high command as opposed to his traditional bastion Hamirpur.

This coupled with him being nominated as the CM candidate just one week before the elections meant that he had to tour the whole State. Thus he could not devote the required time to his new constituency where he was up against his one time protege Rajinder Rana whose mass base & connect with the voters was well known.

Rajinder Rana was denied the BJP ticket by Dhumal in 2012 when the latter held sway over the party and Rana fought & won as an independent from Sujanpur. In 2017, he fought on the Congress ticket and humbled his one time mentor and former Chief Minister P K Dhumal to deny the septuagenarian BJP stalwart a third term as CM.

Dhumal’s last minute change of constituency by the party High Command in favour of Narinder Thakur who won comfortably had raised a lot of eyebrows, but Dhumal surprisingly took it in his stride and had to pay the price.

BJP’s ticket allotment came in for criticism as a couple of other BJP stalwarts like Kishan Kapoor and Parveen Sharma also faced ticket cancellation, but in the face of massive public protests the high Command was forced to relent and restore status quo in some cases like Kishan Kapoor. Parveen Sharma, whose ticket was cancelled from Palampur by the party bigwigs to accommodate rank outsider Indu Goswami, made sure that the BJP candidate bit the dust by cutting into party votes as an independent & ensured the victory of Congress candidate Ajit Butail.

Kapoor, whose ticket was restored at the last moment, defeated his opponent & minister in Virbhadra’s cabinet Sudhir Sharma by nearly 3000 votes.

Thus while the ticket allotters in the BJP were sensitive to the concerns of some candidates, they did not pay attention to their own General who was saddled with the twin responsibilities of winning from his new constituency and simultaneously ensuring the victory of the party at short notice.

Thus the General was sacrificed but the battle was won. Was it a ploy, or a coincidence will be debated till the cows come home. However, Dhumal was warned by his opponent and one time protege Rajinder Rana to change his constituency as the latter was confident of his victory, but the 2 time Chief Minister of the State brushed aside the suggestion .

Dhumal’s son Anurag who is a sitting MP from the same region could not save his father from being humbled at the hands of his opponent. With this defeat, it could be curtains for Dhumal’s political career unless the high command sets a new precedent of going ahead with its defeated CM nominee and making him the CM.

One of the party MLAs Virender Kanwar has already offered to relinquish his winning seat in favour of the former CM . It remains to be seen if Dhumal accepts the offer.

As of now the the main player in the BJP is a fence sitter as team BJP lifts the trophy in Himachal with a young soon to be appointed captain at the helm.