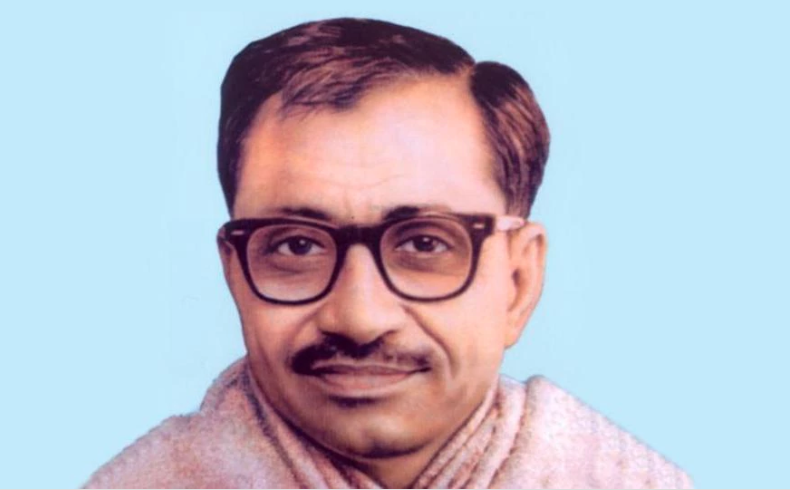 Congress Member of Parliament Dr Shashi Tharoor has, of late, been attacking the BJP — accusing them of planning to convert Bharat to a ‘Hindu Pakistan’ — if (or rather, when) they get back to power in 2019. As a follow-up to the TV soundbites, he has also written a column recently detailing the basis for his accusations.

One of the primary targets of Shashi Tharoor in the quoted article has been Deen Dayal Upadhyaya, one of the key stalwarts of the Bharatiya Jana Sangh, the parent organization of the BJP. Deen Dayal Upadhyaya is an idealogue for the Sangh and the BJP, and his works are often quoted (used to be quoted — I should say) by the BJP leaders.

Shashi Tharoor accuses Deen Dayal Upadhyaya of disrespecting the Constitution and wanting to change it to create a ‘Hindu Rashtra’ in which Hinduism is the State religion and Bharat becomes ‘a state with a dominant majority religion that seeks to put its minorities in a subordinate place’.

These are serious accusations and therefore needs to be looked at in detail. That is the goal of this post.

One of the most important works of Deen Dayal Upadhyaya is his essay titled ‘Integral Humanism’ — where he lays out his vision of the ideals that should drive a nation. He conceptualises the principles on which a State should be formed and governed. He also provides insights into his thoughts on several of the contentious issues that are likely to emerge in a multi-cultural society such as Bharat. Issues such as religion, culture, language. Naturally, his essay/book on ‘Integral Humanism’ is the right place to look for his thoughts on the concept of ‘Hindu Rashtra’.

Note: Before we venture further, we should note that the concept of Integral Humanism was laid out by Deen Dayal Upadhyaya (DDU) for the first time in the year 1964. Why this is important to remember will become clear subsequently in this post.

The ‘Chiti’ of a Nation

One of the foundational principles defined by DDU in his work is the concept of a ‘Chiti’ of a Nation. He explains that every nation, every culture has a Chiti of it’s own. This Chiti is like the soul of an individual. Thus, Chiti is the ‘soul of the Nation’.

‘Chiti is fundamental and is central to the nation from its very beginning. Chiti determines the direction in which the nation is to advance culturally. Whatever is in accordance with Chiti is included in culture….

….Chiti is the touch-stone on which each action, each attitude is tested, and determined to be acceptable or otherwise. Chiti is the soul of the nation. It is on the foundation of this Chiti that a nation arises and becomes strong and virile…’

Dharma of a Nation

After thus describing the fundamental entity that drives a Nation, DDU introduces the concept of ‘Dharma of a Nation’. While the adherents of Sanatana Dharma will find familiarity with the term Dharma, there is a specific context to the word in DDU’s Integral Humanism. He defines Dharma as that which helps implement and maintain the Chiti of the Nation.

‘The laws that help manifest and maintain Chiti of a Nation are termed Dharma of that nation. Hence it is this Dharma that is supreme. Dharma is the repository of the nation’s soul. If Dharma is destroyed, the nation perishes. Anyone who abandons Dharma, betrays the nation’.

Therefore, in the context of a Nation, DDU’s idea of Dharma was the legal and constitutional framework around which the ideals or Chiti of a Nation manifests and is protected.

Anticipating the objection that was sure to be raised from ‘secular’ quarters that the concept of Dharma has a Hindu tinge to it, DDU immediately addresses this question in the essay, and calls out distinctly that, in the present context, Dharma and Religion are different.

‘Religion means a creed, or a sect; it does not mean Dharma. Dharma is a very wide concept. It is concerned with all aspects of life. It sustains the society….That which sustains is Dharma’

Equivalence between Dharma and ‘Basic Structure’

Interestingly, DDU then elaborates on the role that Dharma will play in the life of a Nation. He explains that the term Dharma here goes beyond immediate rules and laws and actually includes the ‘philosophical basis’ of those laws and rules.

Those rules and laws should always be in sync with the larger framework that constitutes the Dharma of the Nation. And this fundamental framework — the basic structure — cannot be violated at any cost!

‘These rules cannot be arbitrary. They should be such as to sustain and further the existence and progress of the entity which they serve. At the same time they should be in agreement with and supplementary to the larger framework of Dharma of which they form a part….

…..The Constitution of a country is a fundamental document which governs the formulation of all acts in the country.’

He then describes his thoughts around the sacrosanct nature of the Constitution, and how it is not just another document. He also clearly states that the Constitution is not something subject to the mercy of the majority — and that it must always be held loyal to the Dharma that it is protecting.

‘…it will be clear that even the Constitution has to follow certain basic principles of Nature. Constitution is for sustaining the nation”

He then delves into the issue of the possibilities of amending the Constitution, and what the process of amendment also should be governed by.

‘If instead it is instrumental in its deterioration (of the nation i.e.) then it must be pronounced improper. It must be amended. The amendment is also not solely dependent upon majority opinion. Nowadays the majority is much talked of. Is the majority capable of doing anything and everything? Is the action of the majority always just and proper? No’

Thus DDU, in no uncertain terms, highlights that his belief is not in the concept of brute force of majority — but on ensuring that the ‘Basic Structure’ of the Constitution, established by Dharma, is always sustained.

I had highlighted earlier how the concept of Integral Humanism was presented by DDU in 1964. We will do well to remember that the ‘Basic Structure’ doctrine laid down by the Supreme Court in the 1970s in the famous Keshavananda Bharati case is so similar in principle to the ideas mentioned by DDU here!

Thus we have seen that DDU was clearly not in favor of ad-hoc changing of the Constitution, especially one that is driven by the desires of the majority, without adherence to basic principles.

It is therefore important to now take a look at DDU’s philosophy on the concept of Religion and State. After all, even while DDU may want the Constitution to have a basic structure, if that basic structure is still based on Hindu religion, Shashi Tharoor’s ‘fears’ may stand a chance of being real.

In the same essay, DDU has elaborated the place, and role, of religion and theocracy in a ‘Dharma Rajya’. The first line of that section is as follows

‘Dharma Rajya does not mean a theocratic State’

He then explains how in a theocratic State, one particular religion is supreme and the adherents of that religion alone get to enjoy all rights, while the others get to enjoy a ‘slave-like, secondary-citizen’s status’. He quotes the examples of the Holy Roman Empire and the Khilafat to illustrate the point.

He then explains his concept of a ‘Dharma Rajya’ in which such injustice and discrimination does not happen.

‘(In a Dharma Rajya)…there is freedom to worship according to one’s own religion. In a theocratic State one religion has all the rights and advantages, and there are direct or indirect restrictions on all other religions. Dharma Rajya accepts the importance of religion for peace, happiness and progress of an individual. Therefore the State has the responsibility to maintain an atmosphere in which every individual can follow the religion of his choice and live in peace……Dharma Rajya ensures religious freedom, and is not a theocratic State’

Shashi Tharoor says the following about BJP’s idea of ‘Hindu Rashtra’ and quotes DDU in defence of his claim.

“ On the other hand, the BJP/RSS idea of a Hindu Rashtra is the mirror image of Pakistan — a state with a dominant majority religion that seeks to put its minorities in a subordinate place”

From the above quotes and passages from Deen Dayal Upadhyaya’s ‘Integral Humanism’ we can clearly see that his idea of ‘Hindu Rashtra’ — ‘Dharma Rajya’ to be precise — is the EXACT OPPOSITE of what Shashi Tharoor says.

The fears expressed by Dr Tharoor therefore deserves to be dismissed as based out of fancy thoughts, and far from the philosophy and vision that Deen Dayal Upadhyaya espoused.

(This article first appeared on the author’s blog)