Are Dalits Just Cannon Fodder for Media and Political Agendas? 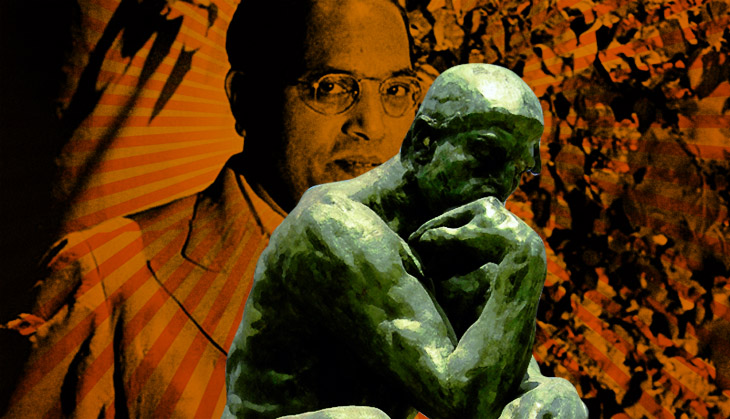 Most of the English media went hysterical over the recent case of Dalits being flogged and harassed in Una, Gujarat, (which is a Congress stronghold area), allegedly by ‘Gau Rakshaks’, for skinning dead cows as a generational occupation.  Though many on social media perceive this incident as a political set up, the game of politicizing Dalit issues by ‘secular’ parties has already begun with media fueling the fire in the wake of UP elections.

The intensity and urgency displayed by mainstream English media houses in questioning the BJP government and Hindu groups on Dalit rights, has been missing when the culprits of Dalit oppression and violence are leftist and ‘secular’ in nature. For eg. the wave of attacks on Dalits by Muslims in UP has been swept under the carpet by MSM, as it will hurt the image of their ‘youthful secular’ icon Akhilesh. And regarding the Una atrocity, a crucial fact that the perpetrators identified thus far include one Muslim and others from the Darbar community – traditional Congress supporters – has been glossed over. Since the attack occurred in BJP-ruled Gujarat and mostly Hindus were involved – ergo, BJP/VHP/RSS are to be blamed. The following matrix explains the reasoning in editorial rooms while deciding on how to cover a crime –

Politics over disparaging remarks against Dalit and OBC leaders

BJP recently expelled its UP vice president Dayashankar Singh for objectionable remarks against BSP Chief Mayawati (a Dalit). Dayashankar apologized for his remark, and is now facing arrest. Reacting swiftly, BJP UP President and Finance Minister Arun Jaitely also condemned his remark. But Mayawati refused to apologize for her own leaders targeting Dayashankar’s  minor daughter with cheap remarks.  BJP was quick to take necessary action and expelled Dayashankar from the party for 6 years. Still, BSP MLA Usha Chaudhary called Dayashankar an ‘illegitimate child’ and that “there’s something wrong with his DNA”, while the party’s councilor Jannat Jahan-Ul-has announced a reward of Rs 50 lakh for “anyone bringing her the tongue of Dayashankar.” Earlier this year, BJP had expelled its Mahila Morcha Uttar Pradesh president Madhu Mishra for 6 years for anti-Dalit remarks.

In May 2014, Samajwadi Party supremo’s Mulayam Singh Yadav’s brother, Shivpal Yadav, had targeted Mayawati with far worse personal insult as is evident from this news clip. Shivpal told media that “everybody knows her (Mayawati’s) character, how she was made (a leader) by Kanshiram and the rest”. This had come after Mulayam Singh Yadav disparagingly said “I don’t know if I should call Mayawati Shrimati, kunwari beti or behen (Mrs., virgin daughter or sister)”. There was no apology of any kind from these leaders and Samajwadi Party, except for Akhilesh Yadav trying to pacify Mayawati by calling her ‘bua’ (father’s sister). In 1995, SP workers laid siege to a Lucknow guest house where Mayawati was staying – she remained trapped till late in the night while the frenzied SP mob outside abused her and tried to break down the doors. 20 years later, no senior SP leader has apologized for this incident.

Congress MLA from UP and ex-UP State President, Rita Bahuguna Joshi, had earlier (while lamenting on mere monetary compensation for raped women in UP) dragged Mayawati personally by exhorting rape victims to, “throw the compensation money on her (Mayawati’s) face and ask her to get raped and we will give you 1 crore rupees”. Congress did not take any action on the crass comment, and Joshi was also given a ticket to fight the 2014 LS elections. It may also be noted that BSP workers did not spare Rita and her house was burnt.

In 2014, Congress Lok Sabha candidate from UP, Imran Masood, had threatened to ‘chop Modi into pieces’ and had clearly incited polarization by saying, “UP has 42% of Muslims as against just 4% in Gujarat, so if Modi tries to convert UP into Gujarat then we will chop him into tiny pieces.” Imran Masood has just been promoted by INC as UP vice president. Congress leaders like Ghulam Nabi Azad and Mani Shankar Aiyer who have denigrated PM Modi through casteist slurs like ‘Gangu teli’ etc continue to occupy high positions in the party.

So when it comes to speaking carefully when a Dalit or OBC leader is in question, almost every political party has messed up; when it comes to sexist and derogatory remarks on political leaders, Congress and Samajwadi Party lead the charge. But it is clear, BJP is one of the few parties that takes action against unwarranted remarks by its own leaders, and also does not resort to violent vigilantism if any of their leaders are subjected to sexist attacks or abuses.

Double Standards over atrocities against Dalits

News of atrocities on common Dalit population are usually suppressed by leftist politicians and English media houses when the perpetrators are leftist and/or non-Hindu. The general questioning and follow-ups by English media and politicians (who claim themselves to be secular liberals), dies out quickly once the names of the accused come to light. In a shocking incident in Pune in Jan 2016, a 17-year-old rag-picker, Sawan Rathod, was set on fire by Ibrahim Shaikh, Imran Tamboli and Zuber Tamboli in broad daylight. Sawan, who belonged to the Banjara community (a nomadic Dalit community), sustained 75 per cent burns in the gruesome crime. He succumbed to his injuries. In a video from his death-bed, he had said –

“I was working with my family in Pandhapur. I had a dispute with them (family) and came to Pune looking for work…While I was taking a leak, three persons objected and asked me my name. I said Sawan Rathod. They asked me if I am Hindu? I said, yes. Then they poured something over me from a can and set me on fire.”

Most of the English media news pieces focused on ‘no communal angle’ and repeatedly used the word ‘alleged’ despite the clear testimony by the dying boy. The most celebrated secular journalists did not telecast repeatedly the statement of the dead Hindu Dalit boy, burnt alive by 3 Muslims; these journalists have otherwise been telecasting repeatedly the case of ‘communal violence’ in Dadri by Hindus over what they claim is a minor issue of ‘cattle thieving and beef consumption’. The same journalists outraging ceaselessly over incidents of Dadri and Una, have totally suppressed the shocking number of crimes against Dalits in Bihar, since the existing Government there is pro-secular narrative.

Recently, BJP’s Union Minister, Ram Vilas Paswan (himself a Dalit) said that a total of 113 Dalits were killed in various massacres of Bathe, Miyanpur and Bathanitola during RJD chief Lalu Prasad’s regime and did not get due justice. BJP’s Bihar leader, Sushil Modi has recently said that atrocities against Dalits in Bihar are rising  –

In another case of brutal rape and murder of Dalit law student, Jisha, in Kerala, the murderer was finally found to be a ‘migrant Muslim‘ worker from Assam, Ameerul Islam. While most English media houses had published the details of this case before the killer was caught, there has been no frantic outrage by senior journalists and secular politicians on twitter once the identity of the killer was revealed. Nobody asked for crosschecking the identity of the Muslim migrant, if he could have been an illegal Bangladeshi immigrant. Such a brutal case of raping and killing a Dalit girl was not repeatedly telecast on most English TV channels.

While Hindus do need to work on sorting out caste differences, English media and left-secular politics is continuously choosing to outrage selectively, and fueling these caste differences with the aim of further dividing Hindus. All Hindus need to understand this game, and act unitedly to foil it.

More hooliganism from MVA workers, this time in Pune