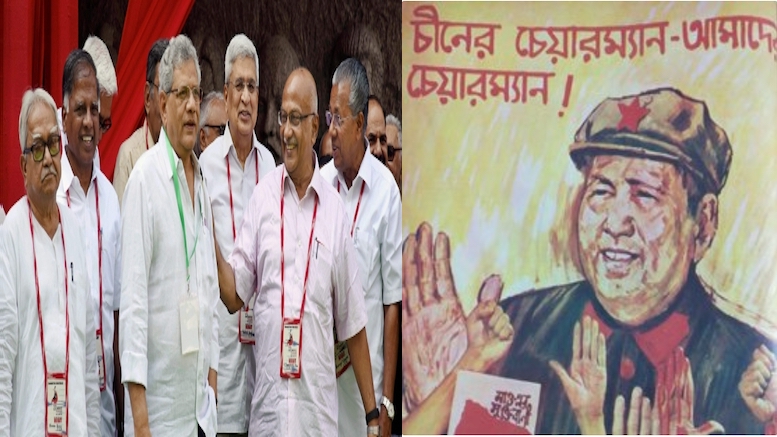 Twenty brave Jawans were martyred recently in a fight for our motherland against Chinese soldiers. Reports suggest that heavy casualties on the Chinese side outnumber our losses. As usual, China didn’t release their casualty numbers. The last time China went to war with another country (Vietnam) was in 1979. The casualty numbers were released to the press decades later.

During the 1962 war between China and Bharat, the local variety of Communists then working under the banner of Communist Party of India (CPI) were a divided lot. While the dominant group was openly in the Chinese camp, another section was more circumspect and mindful of how such brazen treachery would go down with the masses. Jyoti Basu had infamously said during a public rally after the war that ‘China cannot be the aggressor’.  Many of his party colleagues agreed, squarely blaming the Indian leadership’s intransigence on the boundary dispute and its “provocation” for the war.

EMS Namboodiripad stated that the issue had to be resolved through talks. Many CPI leaders were jailed. Those within the party dubbed as ‘rightists’ disagreed with such statements. By 1964, due to this and other factors, the party split in two – with the breakaway China-leaning traitors calling themselves the Communist Party of India (Marxist) and the CPI maintaining its traditional pro-Soviet stance wherein Nehru was considered a champion of “anti-imperialism” because of his refusal to join any American pact.

Prominent CPM leaders of the current era include Pinarayi Vijayan and Kodiyeri Balakrishnan. Since the left parties have been wiped out in other left-leaning states like West Bengal and Tripura, their leadership is left only in Kerala. Many in Kerala still vote for these Chinese stooges. During the current crisis, it comes as no surprise that this party and its leaders are now siding with our common enemy, China.

A couple of years ago, Kodiyeri had said that capitalist America is preparing an axis with Bharat, Australia and Japan to oppose the Chinese. After the recent border incursions and subsequent losses on both sides, Kodiyeri reiterated the same ideology. Pinarayi in the meantime remained silent, and even though he conducts daily press meetings to update on the Covid situation, he hasn’t once condemned the Chinese. In any other country, such traitors would be permanently barred from political office, and possibly put in jail.

Debates rage on how to handle the war and almost all political parties had their spokespersons on various channels opposing the Chinese aggression. All were saddened by our losses and condemned the Chinese. All except the CPM. Their leaders in Kerala remained mum on the issue, shunning TV channels. Their official word was to wait for a response from General Secretary Sitaram Yechury.

CPM’s official statement has steered clear of criticizing the Chinese despite their clear treachery. Yechury has called for Bharat to adhere to the ‘Panchesheel Treaty’ signed in Beijing in 1954 – the same treaty that was unscrupulously violated by Chinese in the years leading up to the 1962 war.

The day after our soldiers were killed on the border by Chinese, CPM leaders including Sitaram were busy protesting flimsy made-up charges of ‘anti-people policies’ of our Government. This was just a distracting tactic which backfired. Twitterati took both Sitaram and his party to task for their perfidy.