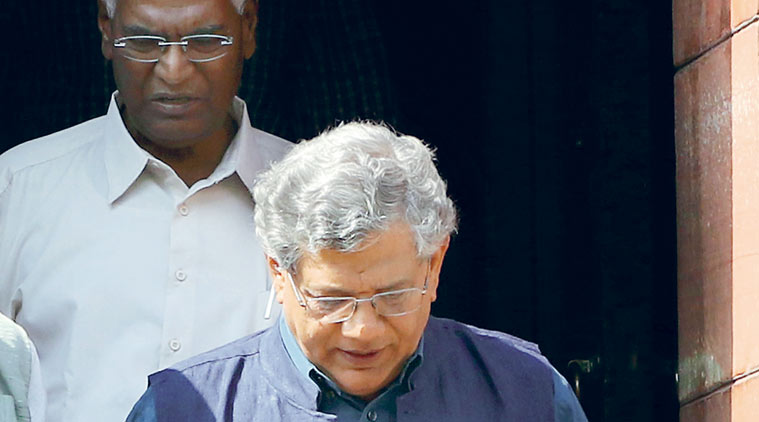 Pointing to uneasy ties between two major constituents of the ruling LDF government, CPI has alleged that the CPM is stashing away loads of relief materials that are meant for the Munnar relief camp in its party office.

More than half of the materials are stashed away in the party office and are distributed under the CPM banner, thus making a farce of relief operations, the CPI alleged. It also said that relief materials are not reaching those in need.

After widespread complaints, CPM workers were summoned and warned by the sub-collector. However, on Saturday, the CPM tried to divert three loads of relief materials that came from Tamil Nadu, which was stopped by the CPI. Allegations are rife that the CPM is taking flood-affected people for a ride in Munnar.

The utter depravity and moral bankruptcy of communists & Abrahamic supremacists again stands exposed with their response to the Kerala floods. At a time when the entire country was responding to the magnitude of the disaster and aid started pouring in for Kerala, these bigots were focused on exploiting the floods to further their agenda.

They started spreading canards about Rs 700 crore aid from UAE versus an apathetic Central Government, raked up the North-South divide (derogatorily referring to the North as ‘cow belt’) and even showed contempt for the Army. The utter mismanagement of successive Communist-Congress governments in Kerala which created this disaster has escaped scrutiny from these hate-mongers, but the Modi Government is being bashed day in & out. There are even shocking reports that non-Malyali migrants workers (most from Bengal, Assam, Bihar & UP) are being discriminated against in the state’s relief efforts.

Unfortunately, the latest allegation by a Communist party like CPI against its own alliance partner raises doubt over effective utilisation of citizens’ contribution to Kerala CM relief fund.

But thankfully, there are some signs that the ordinary Keralite is waking up and recognizing the selfless and universal relief operations of Sangh organizations like Seva Bharathi Keralam, even risking their lives in the process –