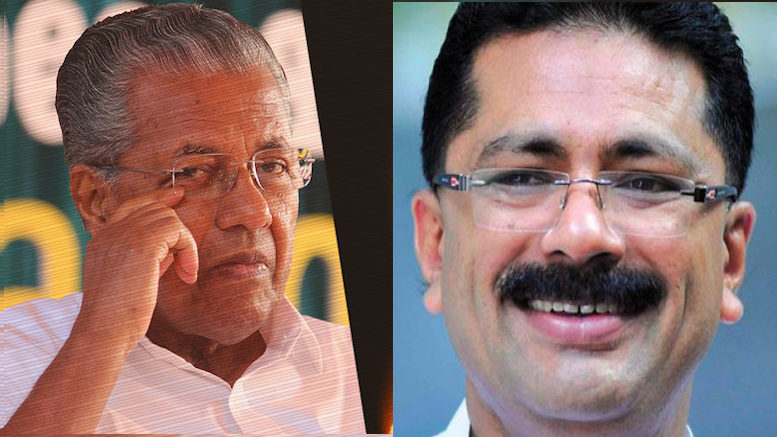 The Kerala Madrasa Teachers Welfare Fund Bill was passed in the Kerala Legislative Assembly on November 19th, 2019.  The man behind the bill is KT Jaleel, the Cabinet Minister for higher education, minority welfare, and Wakf and Hajj in the CPM-led Government of Kerala. A highly controversial figure, Jaleel is a product of the Students Islamic Movement of India (SIMI). After SIMI was banned, many of its leaders founded socio-political outfits like the terror-linked Popular Front of India (PFI) and Welfare Party of India (WFI). Social Democratic Front of India (SDPI) is the political arm of the Islamist PFI.

Jaleel joined the Indian Union Muslim League (IUML). By 2005, he was expelled from the IUML for his “rebellious” attitude. He later on joined hands with the Communist Party of India (Marxist) (CPM) and defeated both the IUML and the Indian National Congress (INC) candidates. His contribution was accepted by the Pinarayi Vijayan Government and he was given a cabinet berth. He is also Kerala’s Minister for Higher Education.

Who reaps the benefits of the Kerala Madrasa Teachers Welfare Fund Bill?

There are 26183 madrasas in Kerala with 204683 teachers. Jaleel while introducing the Kerala Madrasa Teachers Welfare Fund Bill in the Kerala Assembly had the following to say. “The contribution of madrasa teachers in moulding a new generation by imparting spiritual learning is unequalled in our society. Even though they are a huge group, they continue to work silently in this field. There are differences in pay for teachers in different institutions (different madrasas). An average salary is around Rs.6,000/-. Most of them are facing difficulties to make ends meet. This salary is deficient to provide a good education for their children, marry them off or own a house. They survive through charity made available by noble minded folks”.

What the fund evisages (From public funds)

Since the opposition INC is also trying its best to portray themselves as the real muslim saviours, the bill was passed unopposed. Both the CPM and INC are trying to show the muslims that they are the real messiahs. Should this happen at the expense of public money? If this is not Muslim appeasement, then what is this – is this what Indian ‘secularism’ really means?

Madrasas or Islamic religious schools are known breeding grounds for Muslim fundamentalists. Many madrasas in the Indian sub-continent have been known to recruit young men into terrorist organisations. Some dangerous madrasas teach ISIS-like radicalism. They teach the Wahhabi doctrine of Islam. Books that promote the dangerous idea of a pan-Islamic caliphate are the building blocks used to teach young students. Some openly teach Zakir Naik videos and ideologies to young students. Their aim is to cover all of the earth with islam through an apocalyptic war with non believers.

There is video proof confirming evidence of the above, even among Kerala madrasas. A sting conducted in 2018 by India Today exposed Kerala madrasas. Several were found teaching Saudi-sponsored Wahabism and ISIS ideology. Teachers like Abdul Malik from the Islamic Centre Madrasa and Bashir belonging to Karuna Charitable Trust Madrasa are a few examples of the radicals that were exposes. But this is how Jaleel flatly denied the evidence staring him in the face when confronted with these videos: “I can’t believe in that.”