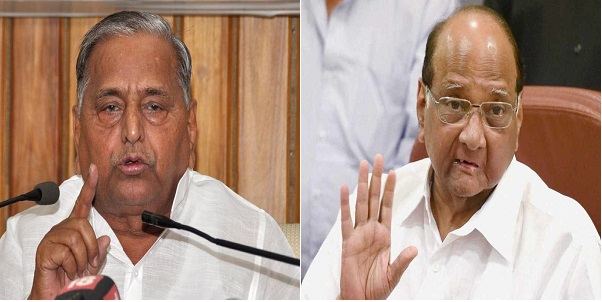 The ongoing feud in the Samajwadi Party, between CM Akhilesh Yadav and his uncle  Ramgopal Yadav on one side, and party patriarch 76-year-old Mulayam Singh Yadav (MSY) and his brother Shivpal Yadav on the other, had revealed some interesting insights into how regional caste-based parties in Bharat operate.

In a hand-written letter released yesterday by Ram Gopal Yadav, he wrote – “Akhilesh has such people with him who had given their sweat for the party and suffered humiliation for the party; while they have such people with them who have earned thousands of crore of rupees and misused power.“

One wonders why Ram Gopal Yadav was quiet all these years when the loot of 1000s of crores was taking place? Did he keep quiet then because he was being ‘rewarded’ appropriately & because he believed that ‘what happens in the Safai (birth place of MSY) Yadav clan, should stay in Safai’?

Why did his conscience awaken only now? Is it because the UP Assembly elections are just round the corner, and the knives are out in SP to grab lion’s shares of tickets for self and supporters?

If we move to Maharashtra, we find another regional party strongman inadvertently reveal the trade secret behind his party’s success in past elections!

NCP leader Ajit Pawar on Tuesday claimed, “there was a time when MLAs used to defect for Rs 50 lakh, but nowadays not even a corporator can be made to switch the sides with that amount.”

Ajit Pawar is the nephew of NCP supremo 75-year-old Sharad Pawar, and is believed to be next in line in the party when (if) the senior Pawar retires – Sharad Pawar’s daughter and MP Supriya Sule being the other candidate for the top post from the Baramati Pawar clan.

Dharm Singh Saini, an OBC leader and three-time MLA from BSP since 2002, quit BSP and accused its leadership of demanding Rs 6 crore for a ticket in the 2017 polls.

Mayawati is single, and hence does not promote any family members – but corruption & ideological rootlessness is as deep rooted in her party as the other regional forces.

It is not incidental that most regional forces in Bharat – Lalu Yadav’s RJD, Karunanidhi’s DMK, Mamta’s TMC  being other prominent examples – revolve around one key figure, with the supreme leader’s family members usually dividing the ‘spoils of power’. All these forces champion ideas like socialism & secularism as a vehicle to attain political power, but those ideas are just a means to an ‘end’ – the end goal is blatant corruption and perpetuation of their dynasties.

But for our liberal media and intelligentsia, these forces represent the ‘secular, progressive’ options, who for all their ills are preferred over the ‘fascist Hindutva majoritarian’ forces. Under the garb of socialism and secularism, one can do all the loot & plunder one wants, no one will question your development credentials or monitor your governance track record, or raise uncomfortable questions in one-on-one interviews!